Why War With Russia is Unavoidable, Unless by Servando Gonzalez from Before It's News

Why War With Russia is Unavoidable, Unless …

0
(Before It's News)
&lt;a href="http://ox-d.beforeitsnews.com/w/1.0/rc?cs=5125e7a33c8bf&amp;cb=INSERT_RANDOM_NUMBER_HERE" &gt;&lt;img src="http://ox-d.beforeitsnews.com/w/1.0/ai?auid=326914&amp;cs=5125e7a33c8bf&amp;cb=INSERT_RANDOM_NUMBER_HERE" border="0" alt=""&gt;&lt;/a&gt;
Servando Gonzalez
Activist Post
I am convinced that war with Russia is unavoidable. Moreover, I think that Russians have enough reasons to prepare themselves for a war against the United States. Why? Their reasons are valid, reasonable, logical, weighty, authoritative and well grounded.
In the first place, more and more Russians are becoming aware that the creation of the Soviet Union, which immersed their country in a catastrophic moral, social and economic disaster for more than half a century, was the result of a conspiracy hatched by a group of American and English banksters and oil magnates. This group of conspirators feared that Russia as a competitor, mostly in the production of oil, would cause commodity prices to drop. And these banksters, robber barons and oil magnates wanted to limit competition, which they regarded as a sin. They feared what they could not control, and like the proverbial bull in a china shop, what they couldn’t break, they crapped all over.
The descendants of these same sociopaths also brought the long night of Castro’s “communism” —which is actually closer to Fascism— to Cuba, but that’s a different story.
The Russians who believe that their country was sabotaged and derailed are not kooks or paranoid. In a speech to the House of Commons on November 5, 1919, Winston Churchill synthesized the phenomenon in a few words:


. . . Lenin was sent into Russia . . . in the same way that you might send a vial containing a culture of typhoid or of cholera to be poured into the water supply of a great city, and it worked with amazing accuracy. No sooner did Lenin arrive that he began beckoning a finger here and a finger there to obscure persons in sheltered retreats in New York, Glasgow, in Bern, and other countries, and he gathered together the leading spirits of a formidable sect, the most formidable sect in the world . . . With these spirits around him he set to work with demoniacal ability to tear to pieces every institution on which the Russian State depended.

In the 1990s, in their continuing effort to implement the totalitarian global government they call the “New World Order,” the globalist conspirators planned the implosion that caused the collapse of the Soviet Union. This was a required step for their agenda to establish global, uncontested dominance at bankpoint and, if needed, at gunpoint. To that end, they ended the financial support that kept Communists in power in Russia.[1] Then, they put in action their agents inside the Soviet government — Gorbachev was one of them — to carry out the final phase of their plan.
After the total collapse of the Communist regime, the very same banksters who had created the Soviet Union, swooped down on Russia like vultures preying on a carcass. Quickly, they managed to put the country under the controls of the International Monetary Fund, the World Bank, and other predatory global institutions they control. Also, they allowed some criminal elements of the Russian mafia to control key aspects of the Russian economy. But, to their utter surprise, some of the Russians who love their country got a second wind, managed to disentangle themselves from those treasonous institutions, put the criminals in jail and began a speedy economic recovery. But they have not forgotten who brought Communism to their country and, what is even more important, why they did it.

Secondly, the Russian government, like all governments around the world who have an independent intelligence service, have enough proof that the 9/11 events were a false flag operation created by the conspirators who control the U.S. government as a pretext to put in action a global domination operation planned many years before.[2]
One may safely surmise that the Russians have guessed, “If they can kill more than four thousand of their own people on a false flag attack just to advance their secret agenda, what could they do to us?” So, very quietly, they began re-assembling the Russian military machine to change it into an efficient shield to deter the aggressors.
Nevertheless, the conspirators relentlessly keep encircling Russia, depriving her of neighboring allies, in an effort to bring the Russians to their knees. Contrary to what the mainstream press told us, young people with cell phones did not carry out the so-called “Arab Spring”, and it had nothing to do with bringing democracy to the region. The true goal is tightening the noose around Russia’s neck.
Nevertheless, the ultimate goal of the psychopaths who control the Invisible Government of the United States [3] is the elimination of no less that 85 percent of the planet’s population as the first step to implement a world government under their control —the “New World Order.” [4] Now, given the fact that nuclear war is the best tool to accomplish their eugenicist plans of population control, [5] we cannot discard the possibility that they are planning for it.
Now, you may argue that “Why they are planning for a nuclear holocaust in which they and their families might die?” Well, they are working hard to guarantee their survival in case of nuclear war. A few years ago they began frantically buying land in Patagonia, the southernmost part of Argentina and Chile, where they plan to escape previous to a nuclear salvo that will destroy most of the northern hemisphere.[6]
So, a nuclear war with Russia is unavoidable, unless we, the American people, wake up, stop acting like sheeple and overthrow the Invisible Government of the United States.[7] This is not anymore a case of politics, but of survival.
Just recently, during a town meeting with Senator John McCain, one of the people in the audience accused him of being a traitor — which is exactly what he is. For many years McCain has been a member of the Council on Foreign Relations, a traitorous organization whose ultimate goal, as expressed on innumerable occasions, is the elimination of the US sovereignty and its fusion into a world government —a New World Order under the banksters’ total control. But McCain refuted his critic, answering that he’s doing what he’s doing because the people of Arizona keep electing him over and over, therefore, they agree with his actions.
McCain is absolutely right. Both “conservative” Republicans and “liberal” Democrats wash their consciences by blaming the other party for the evils of American politics. But they are the only ones to blame, because they keep electing to public office people like McCain, the Bushes, the Clintons and Obama. So, nobody else but “conservative” Republicans and “liberal,” “progressive” Democrats are the true traitors to this once-great nation.
Unfortunately, none of them are going to be here to take the blame after a nuclear war. Therefore, We the People who don’t believe in them and don’t trust them, are the only ones who can save this country and most of mankind. We must get rid of this cult of conspirators and psychopaths, and we must act fast, because time is running short. Our lives and the lives of our families depend on it.

Notes:
1. In his massive scholarly work, Western Technology and Soviet Economic Development, and later in his National Suicide: Military Aid to the Soviet Union, and finally in The Best Enemy Money Can Buy, professor Antony Sutton extensively documented how, militarily, the Soviet Union was kept alive thanks to massive technology transfer, mostly from the United States. Moreover, this technology transfer was not the result of the good work of Soviet spies, but of the treachery of CFR agents at the highest levels of the U.S. government.
2. Paul Thompson, “They Tried to Warn Us: Foreign Intelligence Warnings Before 9/11,” History Commons, http://www.historycommons.org/essay.jsp?article=essaytheytriedtowarnus
3. Yes, there is Invisible Government of the United States, and its visible head is at the Harold Pratt House in Manhattan, headquarters of the Council on Foreign Relations.
4. See, Servando Gonzalez, “Billionaires For Eugenics,” The Intellihub, May 8, 2011, http://intellihub.com/2011/05/08/billionaires-for-eugenics/
5. The use of war as the best tool for population control is extensively discussed in the infamous Report From Iron Mountain: On the Possibility or Desirability of Peace (New York: The Free Press, 1996). For a detailed analysis of the Report as war-for-eugenics PsyOp, see, Servando Gonzalez, Psychological Warfare and the New World Order: The Secret War Against the American People (Oakland, California: Spooks Books, 2010), pp. 228-233.
6. Servando Gonzalez, “CFR Madmen Itching For a Nuclear Armageddon,” http://www.intelinet.org/sg_site/articles/sg_attack_iran.html
7. I am not talking about overthrowing the fictitious government in the Washington, DC, but of the true government of the US in Manhattan. See, Servando Gonzalez, I Dare Call It Treason: The Council on Foreing Relations and the Betrayal of America (Hayward, California: Spooks Books, 2013.
Servando Gonzalez, a Cuban-born American writer, has written more than twenty books, documentaries and multimedia works, among them the documentaries Treason in America: The Council on Foreign Relations and Partners in Treason: The CFR-CIA-Castro Connection. He is the author of Psychological Warfare and the New World Order. His book I Dare Call It Treason just appeared. 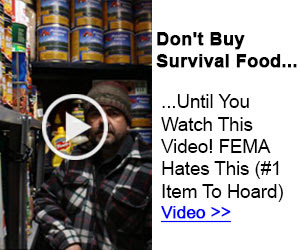 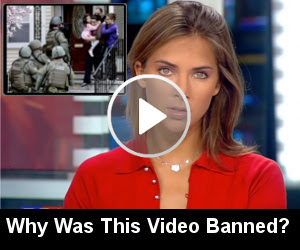 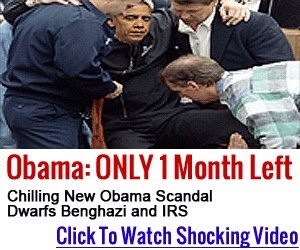 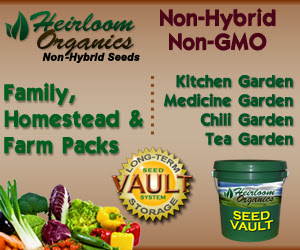 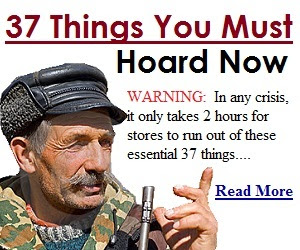 GET ALERTS:
Posted by Baldwin Templeton at 2:15 PM