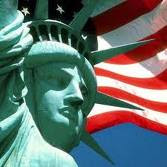 “Go, teach Eternal Wisdom how to rule/ Then drop into thyself, and be a fool!”—Pope
The American government likes to call itself “the leader of the free world.” Why anyone believes it is difficult to discern. The people are not obviously freer than people in most other nations. Ask any American what he is free to do that a citizen of The Netherlands cannot and listen for a meaningful reply. America has a large economy when measured by its GDP, but it is, after all, a huge country. Only Russia and Canada are larger but their populations are much smaller. And America is not especially well governed. While a minute number of its citizens are obscenely wealthy; many others barely eke out subsistence livings. The nation as a whole is fairly prosperous while a huge number of its people are impoverished. Its military might is huge; its victories meager. Henry Kissinger has said, “In my life, I have seen four wars begun with great enthusiasm and public support, all of which we did not know how to end and from three of which we withdrew unilaterally.” Wars are not won or lost anymore, they, like old soldiers, just fade away. Umair Haque, Director of Havas Media Labs and ranked as one of the world’s most influential management thinkers by Thinkers50 has written in the Harvard Business Review the following description of today’s America:

“The US is a rich country that’s beginning to resemble, for the average person, a poor one. Its infrastructure is crumbling. Its educational systems barely educate. Its healthcare is still nearly nonexistent. I can take a high-speed train across Europe in eight hours; I can barely get from DC to Boston in nine. Most troubling of all, it is poisoning its food and water supplies by continuing to pursue dirty energy, while the rest of the rich world is choosing renewable energy. The US has glaring deficits in all these public goods–education, healthcare, transport, energy, infrastructure–not to mention the other oft- unmentioned, but equally important ones: parks, community centers, social services.”

Posted by Baldwin Templeton at 3:10 AM