How the Ukrainian Civil War Started

By Eric Zuesse
Global Research, May 26, 2014
Region: Russia and FSU
Theme: US NATO War Agenda
In-depth Report: UKRAINE REPORT
363  41  0  458
Fortunately, the origin of the Ukrainian civil war is remarkably well-documented in tapped phone-conversations and in cell-phone videos that have been posted online for all the world to see, despite what might have been the intentions of the planners and of the perpetrators. This cannot be a pleasant reality for U.S. President Barack Obama, and for his Assistant Secretary of State for Europe and Asia, Victoria Nuland. President Obama might wish his employee, Nuland, to take all the blame for his policy on Ukraine, but he’s not firing her. It’s his policy, not hers. She was hired to do this, and so she is.
“US support of violent neo-Nazis in Ukraine: Video Compilation” is an hour-long documentary, dated 18 March 2014, which covers the background of the U.S. overthrow of the democratically elected pro-Russian President of Ukraine, which took place in December 2013 through February 2014, under the cover of popular anti-corruption “Euro-Maidan” demonstrations against that elected President, who (like all of his post-USSR predecessors) was corrupt. The documentary was produced by stpetes4peace, and it uses mainly film-clips of the actual events in Ukraine, coming from Russian government TV (RT) and from British government TV (BBC).
There is nothing in it from private corporate or “nonprofit” media, NBC, CBS, ABC, PBS, NPR, nor from any of the U.S. major news media. There’s no New York Times, no Washington Post, no The Atlantic, no Harpers, no Foreign Policy, no New York Review of Books. There are two hostile, anti-Russian, interviews shown there, on Fox News (of U.S. politicians Ron Paul and Dennis Kucinich), and a third such hostile interview shown on CNN (of Columbia University Russia-scholar Stephen Cohen), all three of which interviews are opinion, not news-reporting, anyway; otherwise, there’s nothing at all in this film that’s from the U.S. media.
Mainly, this documentary is direct news-reporting from Ukraine itself, as the events were unfolding there, and as U.S. news-media were doing little more than to transmit stenographically (totally uncritically), whatever the White House said about these matters (even if false, as this documentary proves to have been often the case).


However, in order really to understand this documentary, one needs first to understand the background of the effort that was started by U.S. President Bill Clinton, and that’s now being continued (in overdrive) by President Barack Obama, to surround Russia with U.S. and other NATO missiles, basically so as to complete what President Ronald Reagan had started with his “Star Wars” missile-defense program, which started as little more than a boondoggle for U.S. military contractors, but which now has become an authentic technological possibility: to encircle Russia (originally the USSR) with U.S. weapons, in order to impose an unchallengeable mono-polar, 100% U.S.-aristocracy-controlled, world, so that the U.S. aristocracy will control all foreign aristocracies and thus all nations’ economies. Stripped of the ideological conflict (“capitalist” versus “communist”), this now-revived Cold War conflict has nothing but lies to stanch it up, as this documentary makes excruciatingly clear. America’s stenographic “news” reporting is exposed here as being pure propaganda, which succeeds even more by virtue of all of the longstanding mass-indoctrination of Americans to think that their own nation’s “news” media aren’t propaganda — that only “Third World” nations do that sort of thing.
But there is a still-deeper level that’s not touched upon in this film: Maintaining control by the U.S. aristocracy requires two things: U.S. military control of the world (as just mentioned), and also continuation of the dollar as the world’s reserve currency — the currency that’s used in international corporate transactions. If anything, the U.S. aristocracy is even more concerned about the latter than the former. Each of these two factors will now be discussed in turn.
The U.S. is the world’s number-one spender on the military, and spends as much on the military as do all the next nine nations in the top ten. That includes (in order, after the U.S.): China, Russia, Saudi Arabia, France, Britain, Germany, Japan, India, and South Korea. Except for numbers 2 & 3 on that list, all of them are U.S. allies; and the U.S., France, Britain, and Germany, constitute 4 of the 28 member-nations in NATO.
NATO is, essentially, the club of purchasers of the weapons and services provided by U.S. military contractors. So: military contractors are an enormous lobby in Washington, and they need continual war, in order to be able to satisfy their stockholders. Expenditure of that military budget is spread throughout the U.S., so virtually every member of Congress relies upon the military lobbies, not only for re-election funds, but also for keeping unemployment down in his or her district or state.
As the reformed former CIA operative Ray McGovern documented on 15 May 2014, headlining “How NATO Jabs Russia on Ukraine,” a historic end of the Cold War was agreed to at the Malta Summit on 3 December 1989, and finalized in February 1990, between George H.W. Bush and Mikhail Gorbachev, but was violated by Bill Clinton, and is now being utterly trashed by Barack Obama, via his Ukraine gambit (the subject of this documentary film).
Above all else, Russia doesn’t want to be surrounded by NATO missiles and troops in Russia’s adjoining countries (now NATO-members) of Albania, Bulgaria, Croatia, Czech Republic, Estonia, Hungary, Latvia, Lithuania, Poland, Romania, Slovakia, and now, especially (though not yet NATO-member), Ukraine (the latter being especially important as it’s the pipeline route for transit of Russia’s gas supplies to Europe, as well as being the long-established base for Russia’s crucial Black Sea fleet). Here is Ray McGovern’s account of the key agreement between G.H.W. Bush and Mikhail Gorbachev:

“According to Jack Matlock, then-U.S. ambassador to the U.S.S.R. who took part in the Malta summit, the most basic agreement involved (1) Gorbachev’s pledge not to use force in Eastern Europe where the Russians had 24 divisions (some 350,000 troops) in East Germany alone, and (2) Bush’s promise not to ‘take advantage’ of a Soviet withdrawal from Eastern Europe.
In early February 1990, Bush sent Secretary of State James Baker to work out the all-important details directly with Gorbachev and Foreign Minister Eduard Shevardnadze. Ambassador Matlock again was there and took careful notes on the negotiations, which focused on German reunification.
From memory, Matlock told me that Baker tried to convince Gorbachev that it was in Moscow’s interest to let a united Germany remain in NATO. Matlock recalled that Baker began his argument saying something like, ‘Assuming there is no expansion of NATO jurisdiction to the East, not one inch, what would you prefer, a Germany embedded in NATO, or one that can go independently in any direction it chooses.’ [emphasis added]
The implication was that Germany might just opt to acquire nuclear weapons, were it not anchored in NATO. Gorbachev answered that he took Baker’s argument seriously, and wasted little time in agreeing to the deal.
Ambassador Matlock, one of the most widely respected experts on Russia, told me ‘the language used was absolute, and the entire negotiation was in the framework of a general agreement that there would be no use of force by the Soviets and no ‘taking advantage’ by the U.S.”
He added, ‘I don’t see how anybody could view the subsequent expansion of NATO as anything but ‘taking advantage.’” 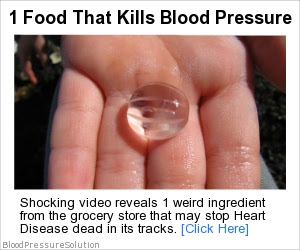 Posted by Baldwin Templeton at 2:58 AM