Washington Behind the Massacre in Eastern Ukraine. Putin Takes the Blame By Eric Zuesse Global Research

Washington Behind the Massacre in Eastern Ukraine. Putin Takes the Blame 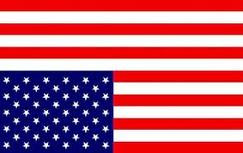 Why are Americans puzzled that foreigners consider the U.S. to be the nation that’s the biggest threat to world peace?
Consider how we are being lied to by the propaganda media that pass for “news” media in our country.
Of course, there was the infamous example of how we were lied to about “Saddam’s WMD,” which lies caused us to support invading Iraq and replacing there a local tyrant with something that’s far worse for the Iraqi people. We don’t complain about having been deceived into wasting $3 trillion of our own tax dollars, and thousands of American lives, and hundreds of thousands of Iraqi lives, in a venture that increased misery for Iraqis and that produced nothing of benefit to ourselves (but lots of business for American-owned firms). However, there are lots of recent examples, too, such as today’s civil war in Ukraine, which was caused by Barack Obama, but which our “news” media blame instead on Vladimir Putin.
Here is documentation that the regime that the U.S. put in place in Ukraine in February 2014 is massacring Russian-speaking Ukrainians, and here is more; and following here will be provided documentation that Obama did it:
Max Blumenthal at Alternet, headlined on February 24th, “Is the U.S. Backing Neo-Nazis in Ukraine?” and he provided evidence that the answer is yes.
On 16 March 2014, OpedNews had an exclusive news report from Ukraine, “The Nazis Even Hitler Was Afraid Of,” which documented that Obama was backing Ukraine’s neo-Nazis to take over that country.
OpedNews had yet another exclusive news report from George Eliason in Ukraine on 14 April 2014, “Kiev’s War Against the Peace-Loving People of South-East Ukraine,” which opened,

“On the night of April 12, the city of Odessa in Ukraine celebrated the 70th anniversary of its liberation from Nazi Germany. That same night, as reported by Interfax, John Brennan [Director of our CIA] had a meeting with the Kiev junta and advised it, as a first act of suppression, to put down a demonstration by protesters in Slovyansk who were pushing for a referendum on federalization that would establish its autonomy. That action was to begin on April 13. Under-Secretary of Defense Dimitri Yarosh announced a full mobilization of Pravy Sektor, the ultra-nationalist paramilitary collective, to squelch the protesters. Troops had been mobilized to Donbass by train and military vehicles, including tanks and armored troop carriers, and seven of the latter were stationed on the outskirts of Slovyansk.”


Nonetheless, when “Kiev ordered Berkut units–the Special Security forces, including the Special Forces Alpha unit that stood down during Euro Maidan–and various police units to squelch the protests, all refused. None would fire on his own people.” Obama’s coup in Ukraine was running into trouble from the local troops, who didn’t want to mass-murder Ukrainians whose sole sin was to seek to remain as Ukrainians who were also speakers of Russian.
At Consortium News on 20 April 2014, Robert Parry bannered “Ukraine’s Neo-Nazi Imperative,” and documented that The New York Times and other major U.S. “news” media were at least as deceptive regarding Obama’s coup against Ukraine as they had been regarding GWB’s coup against Iraq. The NYT still had lots of “Judith Miller”s.
On 29 April, Britain’s Guardian bannered, “Ukraine Crisis: Kiev Powerless as East slips Out of Its Control.” Barack Obama’s neo-conservative play to grab Ukraine and deliver it to “the European Union” (but really to aristocrats mainly in the U.S.) had failed.
So, how does America’s conservative Politico cover this? On 10 May, they headlined “That War You Were Expecting? Putin’s Already Won It,” and David Patrikarakos reported from Ukraine that “Russian strategy remains unchanged and clear: destabilize, destabilize, destabilize.” It’s still the Cold War to America’s aristocracy, who hire people like that to deliver to us the “news.”
Russian-speaking Ukrainians are being terrorized and massacred by people that Obama placed in power, and Americans are deceived to blame the victims, and to blame Russian leader Vladimir Putin, as the source of the problem.
So: Why are Americans puzzled that foreigners consider the U.S. to be the nation that’s the biggest threat to world peace?
Maybe it’s because we live in a dictatorship of the type that George Orwell’s novel 1984 described.
Investigative historian Eric Zuesse is the author, most recently, of  They’re Not Even Close: The Democratic vs. Republican Economic Records, 1910-2010,  and of  CHRIST’S VENTRILOQUISTS: The Event that Created Christianity.