Reflections on Odessa. The Nazi Legacy of Mayhem and Massacres in Ukraine By Prof. James Petras Global Research

Reflections on Odessa. The Nazi Legacy of Mayhem and Massacres in Ukraine 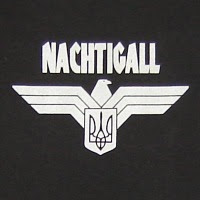 Some things do not change, despite world-historic catastrophes.  Back in the late 19th century, Isaac Babel witnessed and described mobs, self-described as “Black Hundreds”, rampaging the streets of Odessa, dragging red-bearded Jews through the streets, sacking and burning their stores.  Dozens of Jews were murdered and hundreds fled to sanctuaries.  Terrible times, indeed!
But how much worse today when the progeny of the Black Hundreds and the proud descendants of Nazi collaborators, who now call themselves the ‘Right Forum’, roam the streets of Odessa with impunity and license, beating whomever they encounter.
Women, adolescents and pensioners fled, seeking refuge in a Trade Union Center.  The contemporary Nazi’s firebombed the Center, incinerating forty and forcing others to jump from windows to their death.  And those injured from their fall… beaten to a bloody pulp.
The Right Forum flaunts the worst of the Black Hundreds and Nazi legacy of mayhem and massacres.
The pogroms of the Black Hundreds of the pre-revolution were nothing compared to the genocide of the Ukrainian Waffen Galician Nachtigall and Roland Division.  Eighty thousand Ukrainian fascists led by Stepan Bandera  served as Hitler’s willing executioners.  They murdered millions of Poles and Jews and Ukrainians.  Even their Nazi overseers were appalled by the buzz-saw assassinations.
The children of the Bandera genocidists, in recognition of their Nazi roots, first called themselves the “Social-National Party of the Ukraine”.  They changed to “Right Sector” and “Svoboda”, so as not to offend the sensibilities of their new Western paymasters.  Still, in remembrance of times past, the Right Sector, in the tradition of Bandera, knows best how to burn alive those “fake Ukrainians” who speak Russian or support socialists or protest the American designated junta that they, the Right Sector, brought to power.
Ukrainian fascists have been  given license to kill: in the past at the service of the Tsar, later with Hitler, today for the United States.  The Ukraine is the center of the resurgence of European fascism taking state power:  armed and willing to exterminate any enemy of the puppet junta.
Yes, Odessa has ‘changed’ since the time of Babel.  It was liberated by Revolution, ravaged by civil war, starved by Stalin, genocided by Germans and Ukrainian Nazis . . .  who juxtaposed the swastika to a background of national colors.

Yes, the Nazis were defeated . . . but not forever!
Yes, the pogroms of the Jews ended . . . because there were so few.
Yes, half the population speaks Russian . . . but for how long?
Yes, there are new industries . . .  but they are closing.

Yes, the “black earth” was the granary of Russia . . . but now it is owned by foreign billionaires.
Yes, the Ukraine was independent . . . but elections, uprisings and coups were bought and sold in, by and for… the free market.
The Ukraine is ruled by a US appointed junta that seized power through a US financed coup.  A junta which rules through pogroms and military massacres.  They terrorize the towns and countryside; they roam the city streets and occupy the squares.  They hate to death the workers self-governing councils and popular militias which have sprang up spontaneously, free of Russian tutelage and junta appointed oppressors.
In Babel’s time, Jewish workers, under fascist siege, joined the Red Army and wealthy merchants offered their daughters in marriage to Bolshevik commanders.
Today the architect of the  pogroms, the ethnic cleansing of Russian speakers, is a leading American policymaker, a Jew ,who calls herself Victoria Nuland (nee Nudelman).
In Odessa and throughout the Ukraine , under the heel of  the Kiev junta, the legacy of the Black Hundreds and the Nazi collaborators lives on, despite a century of world shattering events.  Only the sponsors, organizers and paymasters have changed.
But let’s not forget the other legacy of the Ukraine:  the four million heroic Ukrainians who fought in the victorious Red Army that defeated Nazi Germany and decimated its Ukrainian collaborators.  That legacy lives on, in today’s self-governing workers councils and popular militias.

Posted by Baldwin Templeton at 4:11 AM