John Lear: Memorandum for the President: 9/11 Illusions of Airplanes from Hollywood or US Air Force Holograms?

John Lear: Memorandum for the President: 9/11 Illusions of Airplanes from Hollywood or US Air Force Holograms? 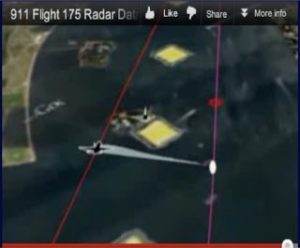 9/11 Illusions of Airplanes from Hollywood or US Air Force Holograms?
28 July 2018
Mr. President,
A Hollywood producer told me about fifteen years ago, just after 9/11 had occurred, a story about the state of the art of hologram projection as it was known to Hollywood executives including Stephen Spielberg, in the early 1990’s. She explicitly endorsed the idea that no actual airplanes hit the Twin Towers, and that Hollywood special effects – or even more advanced capabilities available to the U.S. military – were used.
A radar study done by Richard D. Hall of the UK has established that the images of the aircraft that “melted” into the Twin Towers (a physical impossibility) had been projected from a plane flying 1,400 feet to the right of the projected image. Radar picked up the projecting aircraft but not the Flight 175 image, because it was not a physical object in space.
Any serious commission should be demanding a full briefing from the US military, the US Air Force particularly, which has an Airborne Holographic Projector. Although the most advanced capabilities are probably classified, a proper survey should rapidly confirm the state of the art in 2001. 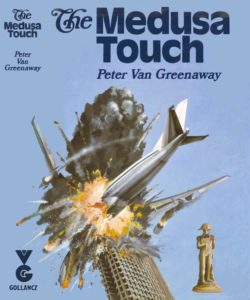 Also relevant to any new investigation might be the interrogation of Arnon Milchan, the long-standing fixer for the Mossad, whose film The Medusa Touch, released in 1978, featured an airline crashing into a building – over twenty years later, for a Fox series The Lone Gunmen filmed in 2000 and aired in early 2001, he appears to have applied the latest technologies to again show an airplane crashing into a building. Resident in New York City, Milchan would appear to be the perfect candidate to oversee the Hollywood theatrical effects (for example, the exploding flames from the pre-packed explosives within the Twin Towers) consistent with the cover story of this false flag operation.
Very respectfully,
John Lear
References:
DOC (1 Page):  911 POTUS Lear Holograms 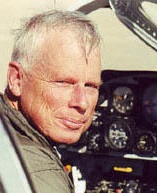 John Lear, a captain for a major US Airline has flown over 160 different types of aircraft, in over 50 different countries. He holds 17 world speed record in the Lear Jet and is the only pilot ever to hold every airline certificate issued by the Federal Aviation Administration. Mr. Lear has flown missions worldwide for the CIA and other government agencies. A former Nevada State Senator candidate, he is the son of William P. Lear, designer of the Lear Jet executive airplane, the 8-track stereo, and founder of Lear Siegler Corporation.  Detailed aviation biography.
See Also:
Memorandums for the President on 9/11: Time for the Truth — False Flag Deep State Truth!
Posted by Jim Fetzer at 9:32 AM 0 comments
Posted by Baldwin Templeton at 4:54 AM