More on Evolution: From the Mail Room By Fred Reed from LewRockwell.com

More on Evolution: From the Mail Room

By Fred Reed
Recently I wrote a column about the theory of Intelligent Design, which holds that that life, both in its origins and its changes over time, are the result of design instead of chance. Several hundred
comments and emails arrived, more than I could read. This was not surprising as there seems to be considerable public interest in the question, while a virulent political correctness prevents discussion in most forums. In particular the major media prevent mention of Intelligent Design except in derogatory terms.
Interesting to me at any rate was that the tone of response was much more civil and thoughtful than it was say, a decade ago.
A fair few respondents quoted the Bible.  I wondered why the Bible and not the Koran or Bhagavad Gita. The Bible seems to me the chaotic literature of a barbaric tribe and characterized by morally unpleasant stories. Why it is thought to have any relevance to abiogenesis is not clear to me.
Some readers, quoting Carl Sagan, said approximately, “Fred, an extraordinary claim requires extraordinary evidence to support it.” I don’t disagree. The claim that ocean water will in time produce Manhattan seems to me sufficiently extraordinary to require extraordinary evidence. So far, there is none. Evolutionists have not shown that sea water can produce any life at all, much less the New York Philharmonic.

Other readers insist that Intelligent Design is not scientific. If not, so what? The question should be not whether it is scientific but whether it is true. What an ideological group calling themselves scientists believe is not a valid test of truth. When I was in the eighth grade, I watched Crusader Rabbit on television. This is not science, yet it is true.
If science deals with the reproducible, then paleontology is not science, as neither is the chance creation of life, which has not proved reproducible. If science must make predictions, then physiology is not science, being entirely descriptive. If science is the study of the quantifiable, then evolution isn’t. What is the unit of selective pressure?
Much of evolutionary theory assumes what is to be proved. Many readers did just this.
Consider the spontaneous generation of life from seawater. Do we know of what the primeval seas consisted? Know, as distinct from think, suspect, theorize, wish, or desperately hope.
No, we do not. Remember that chemical reactions, assuredly including organic and biochemical, depend crucially of such things as a pH, temperature, concentrations, radiation, half-lives of intermediate, and presence or absence of other compounds that may or may not inhibit desired reactions.
If we do not know what seas existed, do we at least know what sorts of sea would be necessary for the spontaneous appearance? Again, know. We do not. The question is made more difficult since we do not know just what it is that we think evolved.  The event has not been reproduced in the laboratory or even convincingly demonstrated on paper.

You see: Life evolved because the necessary conditions existed. We know the necessary conditions existed, because life evolved. Uh….
Readers asked, “If life was designed, who designed the Designer?”
Consider the following three questions: “Who designed the Designer?” From a five-year-old, “But Mommy, where did God come from?” From a freshman in a dorm room, “What came before the Big Bang?”
These questions are equivalent. Designer, God, or Bang, the human mind cannot handle questions of ultimate origins. No matter to what we attribute life or the universe, the question of what came before will remain unanswered. This is as true of evolutionism as it is of Intelligent Design. The solution sometimes offered, that the universe is eternal and has neither beginning nor end, can equally be applied to Designer, Yahweh, or Shiva.
A problem afflicting evolutionism all through the living world, which I am not sure I  conveyed clearly, is that of multiple simultaneous mutations, sometimes called irreducible complexity. These refer to complicated systems which cannot work at all unless all parts appear simultaneously. When the individual parts have no value, which is usually the case, there is no reason for them to stay in the gene pool.
Consider the horn of the rhinoceros. At the forlorn level of National Geographic or NPR, there is nothing mysterious here. The horn obviously evolved so that the rhino could defend itself against lions. (“So that” raises questions of purpose, which run through evolutionism, but we will here let it drop.) All right, that makes sense. Except that it doesn’t. 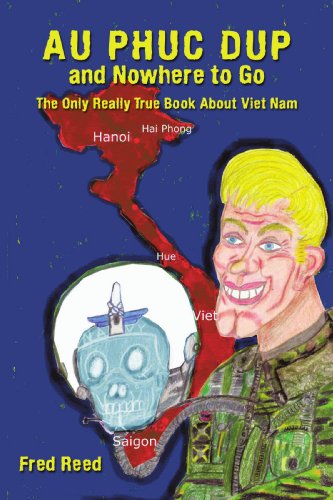 The Wikipedia will tell you that the horn is not of bone, but of keratin, and thus evolved from hair. Well, who could doubt it–but just how did this happen? Did a mutation occur that caused hair to clump together into a hard substance? Would one mutation do this? Why laterally centered on the forehead instead of, say, on a hind leg? After the hair-stick’’em-together mutation did another occur to make the hard patch a cleanly limited ovoid? Next, was there a grow-really-fast mutation to make the hard patch get longer, or long at all, accompanied by a grow-faster-in-middle mutation to make it pointed–at which time finally, it would be ready for poking lions. So what kept it in the gene pool all that time when it had as yet no function.kl?(Actually the horn is more complex, and therefore even less likely.)
To judge by my mail, I suspect that many people, thanks to popular television, think of mutations as major changes that just happen, such perhaps as the rhino’s horn appearing all at once. In fact mutations are changes in the nucleotide sequence of DNA that may produce a new protein. The mathematical likelihood of getting multiple mutations that just happen to engender a complex result is essentially zero. The mathematics is clear but not easily explained to a television audience, no matter how intelligent.
In many years of writing columns, I have learned that the tenacity of attachment to emotionally important ideas is nearly infinite. This is as true of evolutionists as it is of Christians, the politically ardent, or the rabidly patriotic. Things that do not fit the belief are just ignored, forbidden,  or explained away by wishful thinking.
Consider evolution and male homosexuality. This condition would seem to have very strong selective pressures against it. You do not increase your rate of reproduction by not reproducing. While some homosexuals have children, they do so at a rate far, far below that of normal men. The condition should have long since gone out of existence. Yet homosexuals are still with us, apparently no less commonly than in Greek and Roman times. 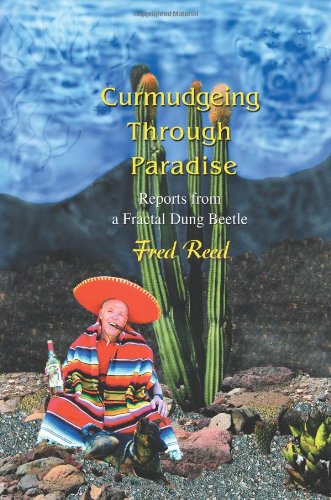 This is not a trivial matter.for evolutionism. If no reason can be found, then there exists a clear case of anti-Darwinian descent. To avoid this,  evolutionists say that a virus causes homosexuality. There is no evidence for this. People do not have a slight fever and turn into homosexuals. Such a virus has not been found. Evolutionists just know that it exists because if it didn’t, homosexuals could not exist. Here again, the theory is taken for granted and the existence of supporting causes imagined.
Parallel universes: More of the same. Many underlying physical constants such as gravitation have exactly the values needed to make life possible. That is, the universe looks designed. This observation is usually called the Anthropic Principle. The correctness of the observations is not in doubt. The condition is so peculiar that evolutionists, desperate to explain this unlikely coincidence, assert the existence of an infinite number of universes among which by chance ours just happened to have the necessary constants. Well and good, except that there is no evidence for it. These universes are not detectable. They are necessary to prevent a Darwinian embarrassment.
Darwin of the Gaps: Note the pattern of inventing unobservable causes to explain lacunae in the theory. Oceans suited to the chance appearance of life must have existed (though we do not know of what they consisted) since life exists. A virus causing homosexuality must exist (though there is noevidence for this) because homosexuals exist. An infinity of parallel universes must exist (though we have no way of knowing this) as otherwise the universe we live in might look designed.
What fun.

The Best of Fred Reed
Fred Reed is author of Nekkid in Austin: Drop Your Inner Child Down a Well, A Brass Pole in Bangkok: A Thing I Aspire to Be, Curmudgeing Through Paradise: Reports from a Fractal Dung Beetle, Au Phuc Dup and Nowhere to Go: The Only Really True Book About VietNam, and A Grand Adventure: Wisdom's Price-Along with Bits and Pieces about Mexico. Visit his blog.
Copyright © 2018 Fred Reed
Previous article by Fred Reed: Signature in the C
Posted by Baldwin Templeton at 4:23 AM