By Philip Giraldi
Strategic Culture
The United States and Israel have been threatening Iran for something like twenty years, using the pretext that it was developing a nuclear weapon initially, but also more recently declaring that Tehran
has become a threat to the entire Middle East. Both contentions are essentially lies, concocted by an Israel and Saudi Arabia that would prefer to have Iran removed as a possible impediment to their own ambitions. And they would like the United States to do the removing.
Iran is the hottest of all hot spots in the American view, but the tendency of the White House to threaten first before engaging in negotiations has meant that most nations have come to see the United States as the greatest threat to peace worldwide. In a recent interview, Russian President Vladimir Putin observed how the U.S. believes it can intervene militarily anywhere in the world because it is “spreading democracy,” a justification that no one believes in any event as the results of recent crusades in Afghanistan, Syria and Libya have been less that encouraging. Putin commented that Washington should treat all other nations with respect and it will then get respect – and cooperation – in return.

The track record of the Trump White House is not encouraging. It has twice launched barrages of cruise missiles against targets in Syria based on fabricated or incomplete intelligence suggesting that the government in Damascus had used chemical weapons against its own people. It also uniquely added juvenile humiliation to the American diplomatic arsenal, with Trump describing North Korean leader Kim Jong-un as a “rocket man” before going off into a rhapsody about how the nuclear arsenal button accessible to Trump was “bigger and more powerful” than that available to Pyongyang.
In light of past developments, one might think that it could not possibly get any worse, but it just has. Trump went after the low hanging fruit offered by Iran with a tweet that was both idiotic and embarrassing. Iran has undeniably been the enemy of choice for the White House since May, when Trump made the decision to withdraw from the 2015 Joint Comprehensive Plan of Action (JCPOA) that created an intrusive inspection regime to monitor Iran’s compliance in nuclear non-proliferation. The move was applauded by the powerful Israel Lobby and by the governments of Saudi Arabia and Israel, both of which have their own agendas for the Middle East and would prefer to see an independent Iran bombed into submission by Washington. The rest of the world deplored the decision.
In the latest incident, Trump was tweeting in response to comments made Sunday by Iranian President Hassan Rouhani, who had told a meeting of Iranian diplomats that war between America and Iran would be a misfortune for everyone, saying “Mr. Trump, don’t play with the lion’s tail, this would only lead to regret. America should know that peace with Iran is the mother of all peace, and war with Iran is the mother of all wars.”
Trump responded explosively with a tweet all in capital letters, presumably to express his rage in visual terms, “NEVER, EVER THREATEN THE UNITED STATES AGAIN OR YOU WILL SUFFER CONSEQUENCES THE LIKES OF WHICH FEW THROUGHOUT HISTORY HAVE EVER SUFFERED BEFORE. WE ARE NO LONGER A COUNTRY THAT WILL STAND FOR YOUR DEMENTED WORDS OF VIOLENCE & DEATH. BE CAUTIOUS!” 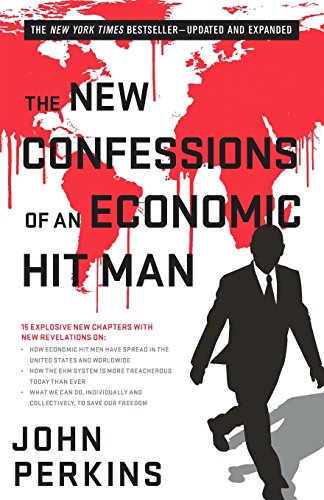 President Trump’s warning that he would annihilate Iran missed the point that Rouhani was offering peace and urging that both sides work to avoid war. The Administration has already announced that it will reinstate existing sanctions on Iran and will be adding some onerous new ones as well. After November 4th, Washington will sanction any country that buys oil from Iran, markedly increasing the misery level for the Iranian people with the objective of either making their government surrender or rising up in rebellion against it.
Enough already. The immediate knee-jerk resort to threats of using overwhelming conventional military power or even nuclear weapons to resolve international disagreements is being played far too often by a president whose understanding of the world clearly has a manic-aggressive quality derived from a life spent selling and buying real estate in New York City. And the idiotic tweeting as well is beneath the dignity of the office Trump holds, the hallmark of an insecure school bully seeking attention. Donald Trump was elected at least in part to keep America out of wars, not to start several new ones, and it is past time that he stop the posturing and remember that.

The Best of Philip Giraldi
Philip M. Giraldi, Ph.D., is Executive Director of the Council for the National Interest, a 501(c)3 tax-deductible educational foundation that seeks a more interests-based U.S. foreign policy in the Middle East. Website is www.councilforthenationalinterest.org, address is P.O. Box 2157, Purcellville VA 20134 and its email is inform@cnionline.org.
Copyright © 2018 Strategic Culture Foundation | Republishing is welcomed with reference to Strategic Culture on-line journal www.strategic-culture.org. The views of individual contributors do not necessarily represent those of the Strategic Culture Foundation.
Previous article by Philip Giraldi: The Most Dangerous Man in th

Posted by Baldwin Templeton at 4:57 AM