Obama to Announce Major US Escalation in Syria 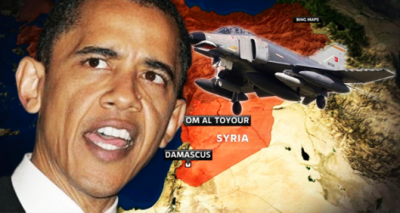 The Wall Street Journal is reporting that tomorrow (Monday) President Obama will announce that he is quintupling the number of US troops inside Syria. From the current 50 troops the US admits are operating in Syria, the US will raise the total to 300 under the guise of increasing efforts against ISIS in the country.
The Journal reports that Obama has been “persuaded by his top military advisers and others that additional U.S. personnel would allow the Pentagon to extend recent gains against Islamic State.” He will make the announcement while in Germany.
These additional troops are said to be in pursuit of the US policy of persuading Sunnis to join with the Kurds to fight ISIS around its self-proclaimed capital in Raqqa. This strategy has never made much sense aside from in the feverish imaginations of Beltway interventionists. In reality it is part of a larger US effort to deny the Syrian government a victory against ISIS in the city and in eastern Syria.
The “race for Raqqa” began in earnest in February, when Russian-led efforts left ISIS in full retreat eastward toward their capital. The “race” was intensified after Syrian forces liberated Palmyra from ISIS and threatened to sweep ISIS from the country.
Washington is at war with both ISIS and the Syrian government, insisting that somewhere there is a moderate, democratic force just waiting to step in and govern Syria once both Assad and his enemies are defeated. Like in Libya…er…

That is why the US government did not welcome the Syrian government liberation of Palmyra from ISIS. Pentagon spokesman Col. Steve Warren saidof that liberation: “in our view, that is kind of like going — at least for the people of Palmyra, that is certainly a movement from the frying pan into the fire, isn’t it?” Washington would rather have ISIS in charge of Palmyra than the Syrian government.
We should remember that the US military presence in Syria, as well as the US military presence above Syrian airspace is a violation of Syria’s sovereignty and a violation of international law. Despite John Kerry’s admonition to Russia that, ”you just don’t in the 21st century behave in 19th century fashion by invading another country on completely trumped up pre-text,” that is exactly what the United States is doing in Syria.
The US escalation will prolong the suffering of the Syrian people and delay or deny a victory by the secular Syrian government over Saudi/Turk/US-backed Islamist extremists who have fought for five years to overthrow it. And it may just get some US service members killed, ironically fighting to the ultimate benefit of ISIS or al-Qaeda’s Nusra Front which will likely take over Syria if the Assad government is defeated.