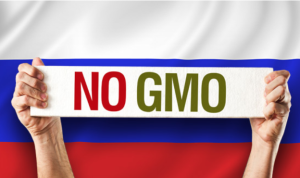 Russia is making consequent its decision last fall to ban the commercial planting of Genetically Modified Organisms or GMO in its agriculture acreage. The latest decision, effective February 15, 2016 does not at all please Monsanto or the US Grain Cartel.
On February 15, a Russian national import ban on soybeans and corn imports from the United States took effect. The Russian food safety regulator Rosselkhoznadzor announced that the ban was because of GMO and of microbial contamination and the absence of effective US controls on soybean and corn exports to prevent export of quarantinable grains, also known as microbial contamination. The Russian food safety regulator added that corn imported from the US is often infected with dry rot of maize. In addition, he said, corn can be used for GMO crops in Russia. The potential damage from import and spread of quarantinable objects on the territory of Russia is estimated at $126 -189 million annually.
Striking the heart of the GMO cartel

The Russian decision is a huge blow to USA agribusiness. For decades, the US grain cartel companies–ADM, Cargill, Bunge–have dominated the global trade in soybeans and corn, the most widely used animal feed for cattle, pigs, chickens because of its high protein content.
Today, the contamination of national agriculture and the food chain in different countries, even those banning planting of GMO crops, typically comes in through a back door, namely, the free import of GMO contaminated corn and soybeans. I’ve been told by people in a position to know that EU agriculture policy is determined less by European farmer organizations, for example, than by the large US agribusiness lobby of Monsanto, DuPont, Syngenta, Cargill and friends. Similarly, though until recently the Chinese government officially banned planting or licensing of GMO crops inside China’s commercial agriculture, GMO has inundated the country via a loophole that allows unrestricted import of GMO soybeans. Today more than 60% of all soybeans consumed in China or used for animal feed is GMO. The Russian decision, to my knowledge is the first blow to be struck against the powerful GMO agribusiness cartel. Thank US sanctions in effect that the crisis created the opportunity.
As a long-term two year independent laboratory rat experiment has demonstrated, a diet of GMO soybeans or GMO corn over a period of more than six months produces virulent tumors in the GMO-fed rats and excessive early mortality. Were we to eat a diet of McDonald GMO-contaminated hamburgers for a six month period, I shudder to imagine the human damage that would wreak. McDonalds hamburger patties, I was told by an insider in the grain trade, contains beef supplemented with up to 30% GMO soybeans. Today almost 100% of soybeans on the world market are GMO, most from Monsanto.
With this latest ban, the Russian authorities almost make complete their decision, announced September 2015, to rid the country of GMO for consumption by humans or animals.
That decision still left a gaping loophole by not also banning GMO soybeans and GMO corn. After this latest decision, now the only loophole remaining, which is still significant, to rid Russian agriculture entirely of GMO contamination, is to extend the GMO soybean and GMO corn import ban to all countries which cannot conclusively demonstrate their corn or soybeans are GMO free, using the same criteria used for US soybean and corn imports.
Today the USA is the world’s largest followed by Argentina and Brazil. The three countries produce 85% of all world soybeans. And almost all of that, aside from pockets of certified GMO-free acreage in Brazil, is GMO contaminated.
Then come India and China, each with around 5% of the world total. China recently changed its GMO policy and seems intent on the dubious policy of becoming a leading GMO soybean and maize producer with the $43 billion ChemChina takeover bid last month of Swiss GMO and pesticide giant, Syngenta.
Soybeans are high protein and are used in almost every industrial food product today from chocolate bars (lecithin) to the feed for KFC fried chicken, to soy drinks. Because of the power of the GMO lobby over the past two decades, almost all that soybean food is GMO. As well, the GMO comes into the food chain via so-called high protein “power feed,” a mix of soybeans and corn. Soybean meal and soybean hulls are widely used in animal feeds. This 44% – 48% protein meal is the most common source of protein in feed used in poultry, hog and dairy rations. Corn Gluten Meal, made from processing corn, has a 60% protein content and is used widely for poultry and dairy cattle feed in the USA, Canada and the EU.
Despite the fact that a majority of EU member countries, including Germany, have chosen to ban planting of GMO, a Brussels loophole permits ADM and Cargill unlimited import of soybeans or corn that is GMO. That way the food chain is contaminated via GMO in the animal diet.
Since near 93% of USA corn today and 94% of its soybeans are GMO today, a safe rule-of-thumb is the precautionary principle–ban it unless proven GMO-free, which is precisely what Russian authorities have done. The Precautionary Principle is simply that, if regulatory authorities are not 100% certain it is GMO-free, prohibit it.
The US-based agribusiness cartel, led by Cargill and Monsanto, ensured that the World Trade Organization’s Agreement on Agriculture, written by a former Vice President of Cargill, Daniel Amstutz, prioritized the right of free trade above that of national food health and safety. The latest move by the Russian Federation authorities shows that a major food-producing nation, today surpassing the USA as world’s largest grain producer, in part thanks to the foolish US sanctions on Russia, is prioritizing the health and safety of its citizens above the corporate interests of agribusiness. That’s a healthy development.
F. William Engdahl is strategic risk consultant and lecturer, he holds a degree in politics from Princeton University and is a best-selling author on oil and geopolitics, exclusively for the online magazine “New Eastern Outlook”.

Posted by Baldwin Templeton at 2:58 AM