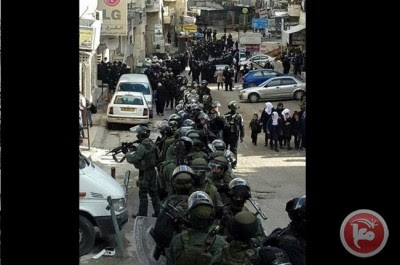 Muhammad al-Qiq is a Palestinian journalist. Last November 21, Israeli authorities lawlessly arrested him. He committed no crimes.
On December 17, an administrative detention order was issued against him, used when Israel wants someone imprisoned without just cause.
It’s usually imposed for six months, renewable ad infinitum. Thousands of Palestinian political prisoners languish in its gulag.
Al-Qiq is dying for justice, hunger striking for an astonishing 90 days, enduring great pain and suffering, more than any human being should be forced to bear.
Last week, Israel’s High Court showed no mercy, refused his legitimate request for release, likely condemning him to death in the process.
He’s is too weak to function normally. He slips in and out of a coma. His vision, hearing and ability to speak are badly impaired. In whatever way he was able to communicate, he told friends, family and supporters to remain “steadfast.”
His body’s ability to sustain life could fail at any moment. Death remains imminent. Medical science can’t explain how he remains alive without sustenance after three months.


Last Monday, a video circulated online, showing him crying out in severe pain. Through his attorneys, he requested transfer to a Palestinian Ramallah hospital.
Israeli authorities refused, claiming outside their direct control he’d threaten national security. He’s helpless near death, virtually unable to stand, walk, see, hear or speak.
His wife, Fahya Shalash, and young children are prohibited from visiting him. On Sunday, Israel’s High Court denied her petition to enter Israel to be with her husband.
It refuses to grant al-Qiq’s request to be transferred to a Palestinian hospital. On February 18, B’Tselem’s executive director, Hagai Elad, addressed Netanyahu by letter, requesting al-Qiq’s immediate release, so far in vain, saying in part:
His detention uncharged “reflects a new low in the instrumentalist approach to human beings,” an appalling example of injustice.
“You bear responsibility for al-Qiq’s life. I urge you – I implore you – to order (his) immediate release before it is too late.”
Longtime Israeli collaborator/illegitimate Palestinian president Mahmoud Abbas has done nothing to help him – beyond meaningless lip service promises.
Throughout his excruciating ordeal, al-Qiq refused medical treatment, declining it as long as he’s lawlessly detained.
His condition deteriorated so badly, it may be too late to save him or restore functions he lost, regardless of what happens going forward.
His appalling treatment is one of countless examples of Israeli barbarism, victimizing millions of Palestinians for not being Jews – supported by billions of US taxpayer dollars annually.
Stephen Lendman lives in Chicago. He can be reached at lendmanstephen@sbcglobal.net.
His new book as editor and contributor is titled “Flashpoint in Ukraine: US Drive for Hegemony Risks WW III.”
http://www.claritypress.com/LendmanIII.html
Visit his blog site at sjlendman.blogspot.com.
Listen to cutting-edge discussions with distinguished guests on the Progressive Radio News Hour on the Progressive Radio Network.
It airs three times weekly: live on Sundays at 1PM Central time plus two prerecorded archived programs.
The original source of this article is Global Research
Copyright © Stephen Lendman, Global Research, 2016
Comment on Global Research Articles on our Facebook page
Become a Member of Global Research