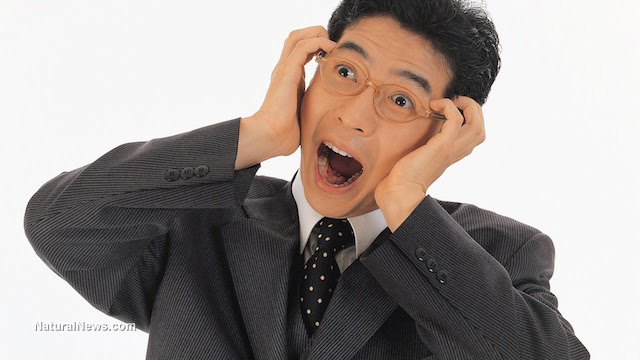 (NaturalNews) A new scientific study has revealed yet another health hazard associated with mobile phones: A drastic reduction in viable sperm cells was found in nearly half of men tested who carry their phones in their pants pockets or near their testicles.

The study, which was conducted by a team of specialists at Technion University in Haifa, and published in the journal Reproductive BioMedicine, found that active sperm levels in 47 percent of men who carried their cellphones in their pockets, or within a foot or two of the pelvic region, were much lower than those of the general population.

Even men who didn't carry their phones in their pants pockets were found to have low sperm counts if they talked on their phones for more than an hour per day.

The sperm levels in these men were low enough to cause possible conception difficulties, according to the researchers.


It appears that the radiation from the phones is literally "cooking" mens' sperm cells. One of the researchers, Professor Martha Dirnfeld, said:

"We analysed the amount of active swimming sperm and the quality and found that it had been reduced.

"We think this is being caused by a heating of the sperm from the phone and by electromagnetic activity."

Male infertility on the rise in Western countries

Cellphones have already been suspected by many to be linked to infertility, and this study supports the theories. Infertility is an increasing problem in men from Western countries, and lowered sperm counts are the cause in as many as 40 percent of the cases of couples who have problems conceiving children.

"Men need to think about their well being and try to stop being addicted to their phones.

"If you wear a suit to work put the mobile in your chest pocket instead of close to your testes. It will reduce the risk of your sperm count dropping or dropping so much."

"I think this is a warning to men to change their habits to improve their chances of having children. Women generally don't carry their mobiles on them so maybe a mobile phone won't affect their fertility. That's not something we have looked at."

Infertility is not the only danger to health linked to the use of mobile phones.

Another meta-study, conducted in 2015 by scientists at The National Academy of Sciences of Ukraine, in collaboration with researchers from Indiana University, the University of Eastern Finland and the University of Campinas in Brazil, concluded that mobile phones could be responsible for a number of serious health risks.

As reported by the Daily Mail:
"Radiation from wireless devices such as phones and tablets could be linked to a number of health risks, from cancer to diseases of the brain such as Parkinson's and Alzheimer's, the researchers state.

"They claim this is because the radiation causes an 'imbalance' - or oxidative stress - in the body. Oxidative stress is a damaging process thought to be closely linked to degenerative diseases.

"The new study is a review of experimental data on the effects of radiofrequency radiation in living cells - basically how mobiles phones may damage a person's DNA."

The findings of this meta-study (a 'meta-study' is one based on the results of many separate studies), which was published in the journal Electromagnetic Biology & Medicine, indicated that "using your phone for just 20 minutes a day for five years increased the risk of one type of brain tumor threefold, and using the phone an hour a day for four years upped the risk of some tumors three to five times."

Although the risk of brain and other cancers caused by mobile phones is relatively low, the researchers warned that their findings should be taken seriously, because some of the health issues may not appear for decades, and the "data were obtained on adults who used cell phones mostly up to 10 years as adults."

The long-term effects on children may be even more pronounced, especially after using mobile phones during childhood and into adulthood.

It appears that there may be a huge price to pay in the long run for the convenience of our mobile devices.

Follow real-time breaking news headlines on
Cell phones at FETCH.news
The world of independent media, all in one place.