Can the International Court of Justice Rule on the Competency of the then Minority United Nations, in 1947, to Arbitrarily Partition Palestine? By Anthony Bellchambers Global Research

Can the International Court of Justice Rule on the Competency of the then Minority United Nations, in 1947, to Arbitrarily Partition Palestine? 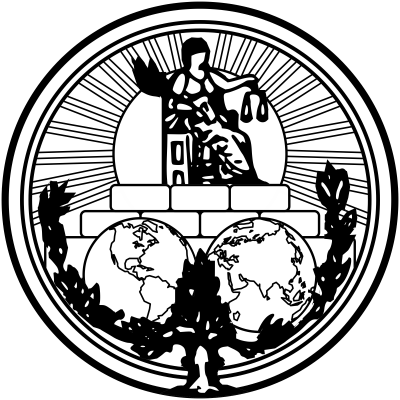 In view of the fact that, in 1947, the then newly-established United Nations represented just 57 states internationally – an obvious global minority -whereas there are now nearly 200 independent member states representing the entire global demographic, there would appear to be a legitimate case to re-submit a formal application to the United Nations International Court of Justice to rule on the competence of the UN General Assembly of 1947 to have partitioned the then region of Palestine against the wishes of the majority of its inhabitants i.e. the million indigenous Palestinian Arabs, in order to facilitate the migration to there of hundreds of thousands of stateless refugees from post-war Europe, on the tenuous hypothesis that nearly two thousand years previously there had been, according to a subsequent biblical text written centuries later, a Hebrew settlement somewhere in the region.


In effect, for a newly constituted, minority representative United Nations to have resolved to partition the land of Palestine, in the Muslim Middle East,  to accommodate the victims of a war on another continent, i.e. Europe, upon the wishes of an AIPAC-influenced, American president, Harry S Truman, would appear to have been an illegitimate act of international expropriation. A concerted effort of political expediency by a lobby-influenced America to dispose of the inconvenient problem of hundreds of thousands of displaced citizens from war-torn Germany, France, Poland, Hungary and elsewhere in Europe who had lost their families, homes and livelihoods, and to dump them in a foreign land thereby divesting Europe, and America, of any liability.
It should be clearly noted that all of the Middle East states affected by the proposal to establish a foreign entity in their midst, formally voted against the proposed UN resolution and gave clear notice to the then United Nations General Assembly that such a resolution would be considered an act of war against the indigenous population and that such an illegitimate act of forced settlement would never be acceptable.   And it never has been.

‘In the face of increasing violence after World War II, the British handed the issue of Palestine over to the recently established United Nations. The result was Resolution 181(II), a plan to partition Palestine into Independent Arab and Jewish States and the Special International Regime for the City of Jerusalem. The Jewish state was to receive around 56% of the land area of Mandate Palestine, encompassing 82% of the Jewish population, though it would be separated from Jerusalem. The plan was accepted by most of the Jewish population, but rejected by much of the Arab populace. On 29 November 1947, the resolution to recommend to the United Kingdom, as the mandatory Power for Palestine, and to all other Members of the United Nations the adoption and implementation, with regard to the future government of Palestine, of the Plan of Partition with Economic Union was put to a vote in the United Nations General Assembly.’
‘The result was 33 to 13 in favour of the resolution, with 10 abstentions.

Resolution 181(II): PART I: Future constitution and government of Palestine: A. TERMINATION OF MANDATE, PARTITION AND INDEPENDENCE: Clause 3 provides:

Independent Arab and Jewish States and the Special International Regime for the City of Jerusalem, … shall come into existence in Palestine two months after the evacuation of the armed forces of the mandatory Power has been completed but in any case not later than 1 October 1948.

The Arab countries (all of whom had vehemently opposed the plan) proposed to query the International Court of Justice on the competence of the General Assembly to partition a country against the wishes of the majority of its inhabitants, but the resolution was at that time rejected.

Brussels 06/92/2016          160206_02_enIA
STATEMENT
Statement by the Spokesperson on the latest developments in Area C of the occupied Palestinian territory
In the past weeks there have been a number of developments in Area C of the West Bank, which risk undermining the viability of a future Palestinian state and driving the parties yet further apart.
On 25 January Israel decided to declare 154 hectares of land near Jericho in the West Bank as state land, and according to the latest reports, decisions have been taken to permit further settlement expansion, involving more than 150 new residential units. On 3 February several Palestinian residential structures in the south Hebron hills were demolished. This is particularly concerning both because of the extent of the demolitions and also the number of vulnerable individuals affected, including children who need support.
Demolitions included EU funded structures. EU humanitarian activities are carried out in full accordance with international humanitarian law, with the sole aim of providing humanitarian support to most vulnerable people. We call on the Israeli authorities to reverse the decisions taken and to halt further demolitions.
On 18 January Foreign Ministers in the Council conclusions confirmed the EU’s firm opposition to Israel’s settlement policy and actions taken in this context, including demolitions and confiscation, evictions, forced transfers or restrictions of movement and access.
FOR FURTHER DETAILS:
eunewsdesk@gmx.com         London  February 2016
The original source of this article is Global Research
Copyright © Anthony Bellchambers, Global Research, 2016
Comment on Global Research Articles on our Facebook page
Become a Member of Global Research

Posted by Baldwin Templeton at 4:26 AM