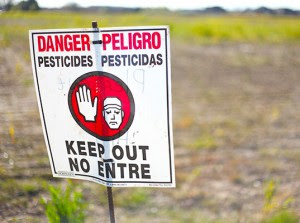 In 2012, at least 283.5 million pounds of glyphosate (the active ingredient in Monsanto’s Roundup Ready) was used in U.S. alone.
For those who are unconcerned about the environmental or human impacts, this number may not be cause for alarm. But for the millions of people who have developed an array of health issues linked to gluten sensitivity, the assault of foods laden with glyphosate and Bt-toxin is a critical issue.

The rise of gluten intolerance

It’s estimated that some 20 million people in the United States are classified as non-celiac gluten-sensitive, which is approximately 6-7% of the general population. However, Dr. Ford, a pediatrician in New Zealand and author of The Gluten Syndrome, and Dr. Fine, a gastroenterologist, both believe the rate of gluten intolerance could be closer to 50% of the population.


There are so many people who are sick,” Dr. Ford says. “At least 10% are gluten-sensitive, and it’s probably more like 30%. I was sticking my neck out years ago when I said at least 10% of the population is gluten-sensitive. My medical colleagues were saying gluten sensitivity didn’t exist. We’ll probably find it’s more than 50% when we finally settle on a number.

Moreover, a 2009 study Increased Prevalence and Mortality in Undiagnosed Celiac Disease was published in the journal Gastroenterology, which found that there has been a four-fold increase of undiagnosed celiac disease in the U.S. since the 1950’s.
Celiac disease is a serious autoimmune disorder resulting from the ingestion of gluten containing grains (wheat, spelt, rye, barley and cross-contaminated oats). Symptoms include diarrhea, nausea, skin rashes, anemia and depression. Associated with numerous nutritional deficiencies, it can cause reproductive issues along with increased risk of cancer, thyroid disease and kidney failure.
What has happened in the last sixty years that could account for such a sharp increase in gluten intolerance and celiac disease?


Glyphosate and the gut

One piece of the puzzle lies with the Roundup Ready herbicide. GreenMedInfo explains how glyphosate causes an imbalance in gut flora that can lead to gluten intolerance:


Gluten-sensitive individuals, and especially those with celiac disease, also commonly have an imbalance in their gut flora. The reason that cesarean section increases risk 6 and breastfeeding decreases risk for gluten sensitivity is likely due to their respective effects on microbial balance in the infant’s gut. Glyphosate used on GM crops is not only an herbicide, but also a potent antibiotic. Even with minimal exposure, glyphosate can significantly reduce the population of beneficial gut bacteria and promote the overgrowth of harmful strains. An overgrowth of harmful bacteria can promote inflammation, leaky gut, and immune reactions, all of which are linked to gluten-related disorders.

Genetically modified crops and the Bt-toxin

Glyphosate isn’t the only element in GMO agriculture that’s problematic — the Bt-toxin spliced into GMO crops like corn and cotton is also of concern. A potent insecticide that kills pests by punching holes in their digestive tracts, Bt-toxin punctures human cells too. It survives digestion and has been detected in 93% of pregnant women who were tested, as well as 80% of their unborn children.
On top of that, Bt-toxin can trigger the immune system in unhealthy ways. According to theInstitute for Responsible Technology:


When mice were exposed to Bt-toxin, they not only mounted an immune response to it directly, but they subsequently reacted to foods that had not formally triggered a response. There was something about the Bt-toxin that primed the immune system to become reactive to other, once benign, foods. If humans exposed to Bt-toxin react in a similar manner, eating GM corn could directly lead to the development of gluten or other food sensitivities.

Both the Bt-toxin and glyphosate damage the microvilli lining the intestinal tract in animal tests. This same flattening of the microvilli is also seen with those who are sensitive to gluten or suffer from celiac disease.
Research indicates that the Bt-toxin, glyphosate and GMO crops in general are associated with the following conditions, which can cause or aggravate intolerance to gluten:
Additionally, a study published in Interdisciplinary Toxicology established a connection between the rise in celiac disease in North America and Europe to glyphosate exposure. The researchers involved in the study found:


Deficiencies in iron, cobalt, molybdenum, copper and other rare metals associated with celiac disease can be attributed to glyphosate’s strong ability to chelate these elements. Deficiencies in tryptophan, tyrosine, methionine and selenomethionine associated with celiac disease match glyphosate’s known depletion of these amino acids. Celiac disease patients have an increased risk to non-Hodgkin’s lymphoma, which has also been implicated in glyphosate exposure. Reproductive issues associated with celiac disease, such as infertility, miscarriages, and birth defects, can also be explained by glyphosate. Glyphosate residues in wheat and other crops are likely increasing recently due to the growing practice of crop desiccation just prior to the harvest.” The team adds, “We argue that the practice of “ripening” sugar cane with glyphosate may explain the recent surge in kidney failure among agricultural workers in Central America. We conclude with a plea to governments to reconsider policies regarding the safety of glyphosate residues in foods.

Carolanne Wright enthusiastically believes if we want to see change in the world, we need to be the change. As a nutritionist, natural foods chef and wellness coach, Carolanne has encouraged others to embrace a healthy lifestyle of organic living, gratefulness and joyful orientation for over 13 years
Through her website Thrive-Living.net she looks forward to connecting with other like-minded people from around the world who share a similar vision. Follow Carolanne on Facebook, Twitter and Pinterest.