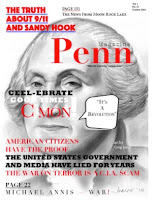 Take a Peek at some photos of the cities of Syria.

They are in ruins, look like Dresden after the Americans took a shot at saving the world for democracy.

Much of the world is rubble because of us.

... The mind of an American rules the world.

And when the CIA through the CIA propaganda machine called Radio Free Europe or the American Free Press tells you the Russians are coming or the criminals are coming or terrorists or the Iranians or Iraqis or Afghans on nuclear-powered blue donkeys or big bees, and you believe it — well, then, Zeke, that’s how the world will go.

You are powerful, the most powerful yahoo who has ever lived in the history of living.
And you are an idiot.

And the world is going to burn.
You are not an idiot-on-purpose, but an idiot none-the-less.

The CIA, the persons in the CIA, are smart.
But they are evil.
The actual Evil Empire.
And they control you.
The most powerful person in the world.

If you were not an idiot they could not do that.
But you are an idiot.

... Sometimes [every day?] you get the feeling that what you
are doing is not working, right?
The forces of evil are still going strong and your
spitballs do not seem to be having an affect.

And so, what’s the use and maybe it’s time to go fishing forever
or spend the rest of one’s life traveling the back roads of Wisconsin and discover the meaning of life and/or Bigfoot. Or at least read Joe Bageant’s entire works.

Or hit the road and watch every one of Todd Snider’s concerts.
B double E double R-U-N.
Beer Run.

Actually that’s not a bad idea.
He’s probably the best since John Prine and John Prine
is still going [strong] by the way.

But, you don’t, for probably several reasons.
And so, here we are.

Penn Magazine is named in honor of Penn Jones, Jr., one of the first
researchers into the John F. Kennedy murder,
an honest newsman, who did not lie to us.

Mike Palecek, editor
Chuck Gregory, publisher
Posted by Jim Fetzer at 7:53 AM 0 comments
Posted by Baldwin Templeton at 4:52 AM