Mainstream News IS Fake By Donald Jeffries from LewRockwell.com

By Donald Jeffries
There is one thing Donald Trump has right; our establishment news is unquestionably, indubitably fake. Those reasonable souls who have become understandably fed up with Trump’s WWE/Reality
Show antics have to keep this in mind. Just because he’s an immature clown doesn’t mean his enemies are credible.
Most of us know BS artists, people who consistently twist and exaggerate the truth. Many of us know pathological liars, who simply are incapable of telling the truth about anything. In such cases, we don’t give these kinds of individuals any credibility whatsoever. We barely pay attention to anything they say.
I would contend that the mainstream media, as a whole, is the most pathological liar that ever existed. Despite their differing outlets, and the variations of letters in their network abbreviations, these “competing” organs act and report as one living, breathing, lying entity. Like individual pathological liars, they are incapable of telling the truth. I literally don’t believe anything they report, from the most intricate political event to a mundane weather forecast.
To believe in our professional “journalists,” one must accept that Lee Harvey Oswald assassinated JFK all by his lonesome, minimum wage earning-sexually inadequate self. One must believe that 19 crazed Arabs hijacked four airliners on 9/11, armed only with box cutters and plastic knives. One must further accept that after one of these planes struck the Pentagon, it not only left no visible wreckage behind, but the multitude of security cameras caught no footage of the impact.
Time to buy old US gold coins
We are talking about an entire industry here; the dishonesty in media extends from the big newspapers to the major television networks to the most powerful names in Hollywood. The recent Ken Burns’ documentary series on Vietnam hammered this point home. Like “anti-war” leftist darling Noam Chomsky, who curiously had his first few books financed by grants from the U.S. military, Burns clearly doesn’t believe JFK’s National Security Action Memorandum 263, which mapped out an exit strategy from Vietnam, has any historical significance in spite of the fact it was totally contradicted by NSAM 273, signed by LBJ and delineating the polar opposite strategy of escalation. 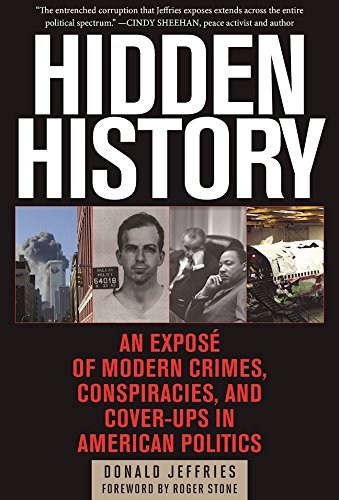 The compendium of conspiracies and cover ups I wrote about in Hidden History would not have been possible without the complicity of the mainstream media. One true Woodward and Bernstein-type, who broke open the impossible official story behind the JFK, MLK and RFK assassinations, the government murders at Waco, the Oklahoma City Bombing, 9/11 or any number of other important events, would bring the entire dishonest facade down.
Few Americans at the time knew that NBC, for instance, formally agreed in the immediate aftermath of the JFK assassination, to report only information that was consistent with the FBI’s dubious “investigation” of the crime. Later on, during the Reagan administration, not a single mainstream “journalist” reported on Bo Gritz’s press conference, which featured the explosive revelation from Khun Sa, the notorious “Opium King,” that Reagan’s assistant secretary of defense Richard Armitage was his American connection in the drug trade.
One would naturally expect any intrepid reporter to go after the Khun Sa allegations with all the fury of a Lois Lane. Instead, they simply ignored the fantastic charges. When I say “they,” I mean all of them. As in every one of them. Only the intrepid little “anti-semitic” weekly newspaper The Spotlight reported the truth. Gritz was not a marginal figure; he was a heroic POW/MIA activist, and Hollywood had based the famous Rambo character on him.
When your government rammed armored tanks into the Branch Davidians’ “compound” (otherwise known as their home), and killed all those Americans-including a bunch of children they were allegedly so concerned about-with gas that had been banned by the Geneva Convention, what did the mainstream media report? There was no outrage on the part of these “journalists.” Instead, they continued to parrot the official nonsense about these religious “extremists” killing themselves, or at least causing their own deaths at the hands of the government, by their reluctance to surrender to the roided-out forces surrounding them.
When Saddam Hussein refused to give up his “weapons of mass destruction,” thereby forcing our humble and lovable military to attack his country, what did our media report? Did they reflect upon the absolute invisibility of these “weapons of mass destruction?” Did they note that it was beyond absurd to suppose that he possessed them, and yet chose not to use them when his tiny nation was invaded by the most powerful military force the world has ever known? Surely, such a magnanimous leader should have been given the Nobel Peace Prize, like Barack “I’m good at killing people” Obama.
The legendary JFK assassination researcher Harold Weisberg once told me that the government didn’t have to tell the media to cover the crime up. I’ve come to believe this about the press in general; they are so indoctrinated in the corrupt system that by the time they get their high-paying jobs, they don’t need to be told by anyone to avoid a particular story or subject. They instinctively know which subjects are forbidden, and avoid them, or report on them inaccurately, as dutifully as if they’d been issued a memorandum from Conspiracy Central. Find an establishment “journalist” anywhere on planet earth that doesn’t instantly scoff at any and all “conspiracy theories.”
Every July, high profile “journalists” are invited to the male only festivities at Bohemian Grove. Every year, the most recognizable names in “journalism” attend the Bilderberg meetings, alongside international elites and even royalty. None of them ever see fit to report on what transpires at these confabs, which to the untrained eye certainly seem to be conspiratorial-type of meetings. And there are always a healthy number of famous “journalists” who are members of the Council on Foreign Relations, which has never been the focus of any investigative story, despite wielding an extraordinary amount of power.
To the mainstream media, “conspiracy theory” is code for any questioning of authority. That’s what has made their infatuation with the Russian “collusion” nonsense- a conspiracy theory if ever there was one-so very laughable. These same “journalists” continue to ignore the reams of evidence of very real vote fraud, perpetrated by homegrown, USDA-choice conspirators. The late Collier brothers covered all this in great detail in their book Votescam, and I included the highlights of their research in Hidden History. 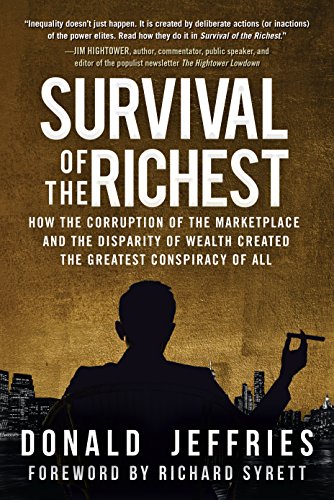 If you’re a mainstream “journalist,” you believe that JFK was a reckless womanizer, and that his death had no impact on our Vietnam policy or anything else. You believe that Bill Clinton was a cool saxophone player, and all those deaths in his body count are unconnected to him. You think that John McCain is a “good” Republican. You hate Donald Trump, not because he’s an inarticulate, insincere buffoon, but because he’s a “racist” who probably got away with sexually assaulting any number of women.
With a truly free, competitive press, most of the conspiracies anti-establishment writers like me cover would not have been attempted, let alone been successful. “Freedom of the Press, if it means anything at all, means the freedom
to criticize and oppose,” George Orwell wrote. It should be obvious to any educated, “awake” observer that there is no real opposition to authority in America now. We are only free to criticize and oppose the rampant corruption from internet blogs like mine, or books released by the few courageous publishers left in this country.
Thomas Jefferson reminded us, “Where the press is free and every man able to read, all is safe.” We’ve all seen the humorous interviews with random people on the street, in which some of the Bill of Rights is quoted, and they kind of blanch in disapproval. John Quincy Adams said that “The freedom of the press should be inviolate.” And John F. Kennedy stated “A nation that is afraid to let its own people judge the truth and falsehood in an open market is a nation that is afraid of its people.”
Do we have anything approximating an open marketplace of ideas in the mainstream media? I would disagree with JFK on the point of our government being afraid of its people. On the contrary, I think our leaders laugh in disbelief at the gullibility of the American sheeple, and have absolutely zero respect for them.
Until they prove otherwise, “fake news” perfectly describes our establishment press.

The Best of Donald Jeffries
Donald Jeffries [send him mail] is the author of the best seller “Hidden History: An Expose of Modern Crimes, Conspiracies, and Cover-Ups in American Politics,” published in November 2014 by Skyhorse Publishing. Author of the 2007 sci-fi/fantasy novel “The Unreals,” which has been described as a cross between The Wizard of Oz and The Twilight Zone, and compared to A Confederacy of Dunces and classic Russian literature. A second edition of “The Unreals” was published in February 2015 by Pocol Press. Long time JFK assassination researcher. Marketing more fiction and nonfiction, including a book about bullying and the social hierarchy, and a book about the Natalee Holloway case. His latest book is Survival of the Richest.