Homeopathy Is About To Be Regulated Out Of Existence, But Science Just Got In The Way By Bill Sardi from LewRockwell.com

Homeopathy Is About To Be Regulated Out Of Existence, But Science Just Got In The Way

By Bill Sardi
Just when health authorities on both sides of the Atlantic Ocean are activating plans to regulate homeopathic remedies and essentially make them drugs by having to prove their effectiveness, developing science says homeopathy may not operate solely by inducing a placebo effect.

In what appear to be concerted efforts, both the U.S. Food & Drug Administration and the National Health Service in Great Britain are coming down hard on homeopathic remedies, enough to scare consumers completely away from what homeopaths have safely offered the public for decades.
In Britain, 18 homeopathic remedies have been scrapped from a list of treatments that previously covered for reimbursement by the National Health Service.
The defunding of homeopathy in England is said to have “delighted decision makers.”  The NHS also blacklisted herbal medicines and categorized them as placebos.
A headline for a front-page story published in the UK’s INDEPENDENT newspaper reads: “Thank God the NHS has come to its senses over homeopathy.” 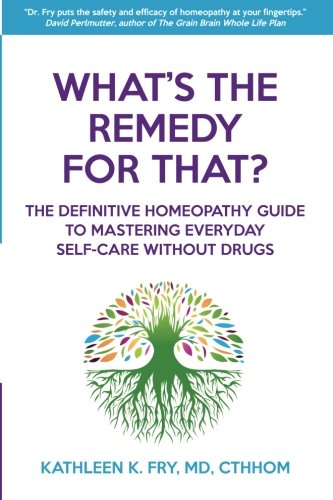 On this side of the pond the FDA traced 370 adverse events to belladonna-based teething tablets occurring over a period of ten years (2006-2016).  Eight cases of infant deaths were associated with use of the teething tablets but a causal relationship has not been confirmed.
These teething tablets were reformulated in July of 2011.  The manufacturer points out that the 0.0000000000002 mg of Belladonna alkaloids in its teething tablets is THOUSANDS OF TIMES below even the therapeutic amounts of Belladonna used in conventional anti-spasmodic medicines that doctors sometimes prescribe (0.2 to 5 milligrams of Belladonna alkaloids). These teething tablets have been in use since 1945.
The FDA also targeted zinc-based intranasal cold remedies for inducing a loss of smell (Zicam swabs) but not oral zinc acetate or zinc gluconate lozenges, which are probably the best cold remedy ever marketed, reducing the duration of a cold by 33%. The inventor of zinc lozenges suggests zinc acetate lozenges are superior to zinc gluconate and when properly dosed shortens common colds by 6-7 days.  Proper dosing (80-92 mg) appears to be important.
One study showed 70% of patients had recovered from a cold versus 27% taking an inactive placebo by the 5th day of a runny-nose cold.  However, the FDA failed to mention that the few people who claim to have lost their sense of smell using zinc nasal swabs took more than the recommended dose.
The US FDA is attempting to get itself out of a problem it started in 1988 when the agency decided anything labeled as homeopathy didn’t need approval as long as the product complied with Good Manufacturing Practices. 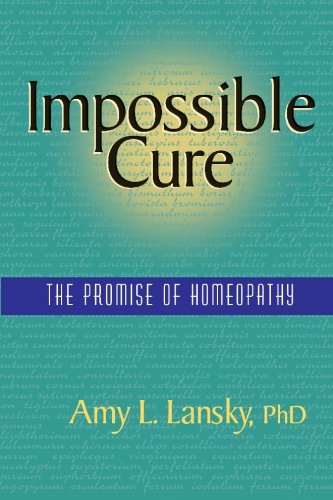 FDA Commissioner Scott Gottlieb is quoted to say: “We respect that some individuals want to use alternative treatments, but the FDA has a responsibility to protect the public from products that may not deliver any benefit and have the potential to cause harm.”  The catch is the word “potential.”
The horrors of homeopathy boil down to a few people overdosing on zinc nasal swabs and a few alleged infant seizures and deaths associated with use of poorly made teething tablets.
The problem was not homeopathy per se, but poorly made teething tablets that obviously contained too much belladonna.
Homeopathy by definition should mean “harmless”
The problem with the criticism that homeopathic remedies represent diluted water and work by the placebo effect should mean they are harmless from a standpoint of toxicity or drug interaction.
Homeopathy has been an affront to science for a long time.  It absurdly postulates the idea that “like cures like,” that is, many dilutions of a substance known to produce symptoms similar to a particular disease can remedy that disease.
As one skeptical source says, “most homeopathic remedies are nothing more than water.”  So-called homeopathic charlatans claim a shadow of a molecule remains after many dilutions of an active ingredient, or said another way, the water has memory even though its homeopathic molecule has been diluted out of existence. 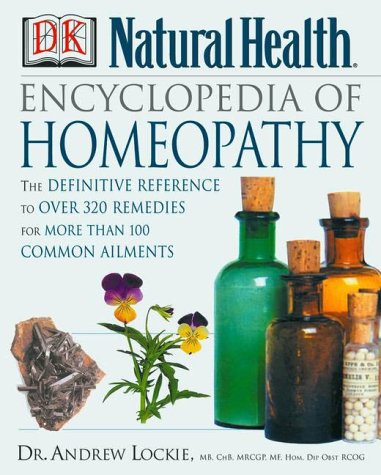 In 2007 Ars Technica (a URL derived from Latin for “art of technology”), a website covering news and opinions in technology and science, posted a lengthy report that tore apart the very idea of homeopathic medicine. The Ars Technica report said much of the published “research” (if one can call it that) in support of homeopathy is produced to support a “preordained conclusion.”
The Ars Technica report went on to say: “If the practice of homeopathy turns water into a mechanism for helping individuals feel better via a placebo effect, then the only issue with it become enduring that it doesn’t prevent people who really need medical intervention from getting it.”  But that report failed to close the scientific door on homeopathy.
Even the National Center for Complementary and Integrative Health says: “there is little evidence to support homeopathy as an effective treatment for any specific condition.”
Science gets in the way
But just as regulators are about to slam homeopathy out of existence at least by creating negative public opinion if not by onerous regulations,………. science got in the way.
A researcher at the University of Florence, Italy, reports on studies unequivocally show that some metal-based diluted homeopathic remedies evoke a biological response.
“These studies show that, contrary to previous beliefs, when homeopathic medicines containing metal nanoparticles are progressively diluted and succussed (shaken), highly diluted solutions contains an unexpected amount of the original substance.” 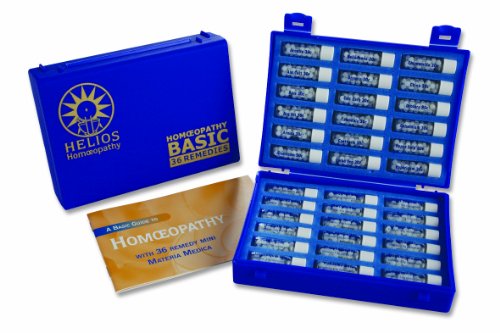 There is also striking evidence that homeopathic remedies activate genes!  “These results would therefore support the efficacy of homeopathy due to certain mysterious mechanisms,” says an authoritative report.
The report goes on to say: “homeopathy should not be considered a nebulous therapeutic approach, where, as is believed and claimed at present, unclear mechanisms of information transfer operate to shift a living organism from a pathological attractor toward a normal physiological one.”
Recently other investigators report homeopathic remedies at doses that only contain femtograms of metals per milliliter (femtogram = 0.000,000,000,000,001 grams) increase intracellular protein synthesis and may help explain the effectiveness of homeopathic remedies.
Homeopathy is just nanomedicine by a different name
Homeopathy may just be what molecular biologists call nanomedicine.  Nanomedicine employs nano-sized particles (nanograms-sized = one billionth of a gram) and is the current rage in modern medicine.
Homeopathy via hormesis
Homeopathic remedies may exhibit a biological phenomenon known as hormesis, that is, a low-dose toxin produces a beneficial biological response, contrary to a high-dose toxin.  In other words, a little bit of a toxin does not equate with a little bit of toxicity.  Many FDA-approved drugs, for example statin cholesterol lowering drugs, anti-tumor drugs, anti-seizure drugs and anti-anxiety drugs are found to exhibit, by definition, hormesis. 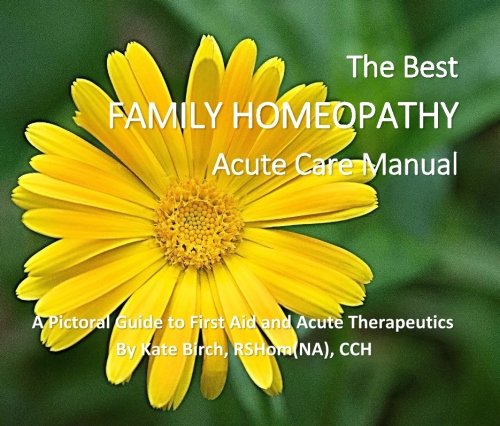 Hormesis and therefore homeopathy may have a common genetic pathway, a gene transcription factor called Nrf2 that is activated by mild biological stress (radiation, temperature, food deprivation) or molecular mimics of the same.  Activation of Nrf2 in turn generates endogenous (internal) enzymatic antioxidants (glutathione, SOD and catalase) that protect from all manner of biological threats.  While there may be many homeopathic remedies, they may all involve a common epigenetic pathway via Nrf2.
Impact: The practice of homeopathy is about to be demolished
The FDA has drummed up a couple of marginal examples to justify their crackdown.  The problem is the impact of the anti-homeopathic headlines will likely cause consumers to withdraw from their use altogether.
The FDA did the same thing to Kava Kava, an anti-anxiety remedy.  Based upon specious reports of side effects reported overseas, the FDA issued a warning to the public to report side effects associated with the use of kava.  The FDA never showed there were any significant health problems posed by kava supplements in the U.S.  But the result was the public backed away from kava and an entire kava-growing industry in South Pacific islands was unapologetically wiped out.
Will allopathic medicine give up its biases against homeopathy any time soon?  That is not expected.  Homeopathy will have to be re-branded as nanomedicine.  The crude traditional practice of homeopathy, despite all of its historical failings to scientifically prove efficacy, unexpectedly may represent back-to-the-future technology.

The Best of Bill Sardi
Bill Sardi [send him mail] is a frequent writer on health and political topics. His health writings can be found at www.knowledgeofhealth.com, billsardiblog.com and resveratrolnews.com.

Copyright © 2017 Bill Sardi, writing from La Verne, California. This article has been written exclusively for www.LewRockwell.com and other parties who wish to refer to it should link rather than post at other URLs.
Previous article by Bill Sardi: Draining the Next S
Posted by Baldwin Templeton at 5:14 AM