Communists vs. Fascists By Linh Dinh from LewRockwell.com

By Linh Dinh
Two blocks from my front door, there are two signs in a house window, “FASCIST SCUM YOUR TIME IS DONE,” “WHITE SUPREMACY IS TERRORISM.” Seeing them, my 71-year-old friend,
Felix, snarled, “I feel like throwing a rock through that window! How dare he comes into this neighborhood and calls us Fascists!” Interesting, Felix’ immediate assumption that the man was a newcomer, that is, an outsider who had intruded to find the locals more than deplorable.
Less than a block away, there are these signs in second-floor windows, “VETERANS FOR TRUMP / MAKE AMERICA GREAT AGAIN,” “TRUMP / MAKE AMERICA GREAT AGAIN,” “the silent majority STANDS WITH TRUMP,” “TRUMP / MAKE AMERICA GREAT AGAIN,” plus an American flag.
Fifty yards from that house, there is a poster showing the Santa Maria, Nina and Pinta being flushed down the toilet, “CHRISTOPHER COLUMBUS DIDN’T DISCOVER SHIT / DECOLONIZE / ABOLISH POLICE . RETURN STOLEN LAND. CEASE INDUSTRIALIZATION. CEASE ASSIMILATION. PROTECT SACRED LAND AND WATER”
So far, who is the extremist here? Of course, the correct answer is all of them, thanks to the extreme polarization of our society, for if you don’t agree with someone politically, he becomes a Fascist or Communist.
The last fellow echoes Derek Jensen, who has written 20 books to defend nature and denounce human supremacism, industrialism and agriculture. Jensen wants to destroy all that is and reboot the world. Since humanity can never think or act as one, however, there is no chance that, say, “CEASE INDUSTRIALISM” can ever be applied universally.
Time to buy old US gold coins
We’ve only walked two blocks, and the political and social division on display is already jarring, so let’s take brief refuge in the Friendly Lounge, yet even here, there’s a civil war abrewing. Check out this Yelp review, “Calling this bar ‘Friendly’ Lounge must have been somebody’s idea of a sick joke. The bartender (it’s almost always the same dude) is downright surly (which it must be said, I usually do go in for). He kind of perches on the bar and doesn’t really move when people come in. There is definitely a negative vibe directed at anybody under forty, particularly those in ironic t-shirts and thick black frames. Also, you’re more than likely to hear some offensive (most likely racist) joke told between the staff and the regulars if you stay around long enough. There are no beers on draft and a very limited selection in the bottle. I think Yuengling was the creme de la creme of that selection.”
Friendly owners still resist serving Pabst Blue Ribbon, it’s true. To those who are into man buns, soul patches and tight jeans, this is a stay away sign. Metrosexual hipsters are not missed by Felix, “They’re Communists, basically.” Returning the favor, they’d brand him a Fascist for his defense of Trump. 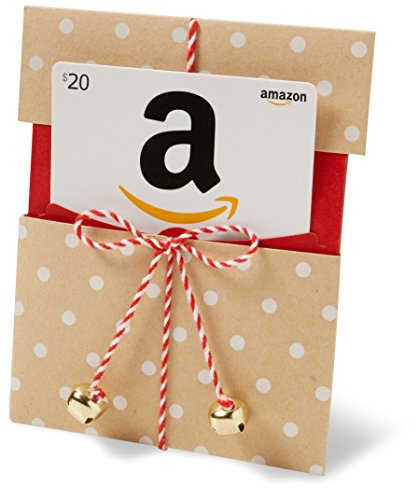 Yes, the nighttime bartender, Marco, can often be surly, but his brother, Dominik, who works daytime, is always courteous and accommodating. Last week, when two black dudes tried to pay with a fake $20, Dom didn’t freak but gave them two free drinks, just to avoid a commotion. As for the racist jokes, they come in all colors, including plenty against Italians, “the Awopaho tribe.”
Felix, “Everybody is a little racist. You have to a bit prejudiced, just to get by in this world. If you walk in a black neighborhood and you see a gang of teenagers at a corner, you’ll cross the street. The ‘correct’ people are the biggest bigots of them all. Back in the 60’s, the quote was, ‘Never trust anybody over 30.’ Now, I don’t trust anybody under 30.”
Three blocks from me is a huge mural of Frank Rizzo, the Fascist late mayor, according to many, or a law-and-order man who prevented race riots from enflaming Philadelphia. Dom, “Rizzo didn’t see black or white. He saw blue.” Felix, “He gave black people more jobs than any Philly mayor before him.” A Friendly regular, Cookie, has a brother who worked as a Rizzo bodyguard. Paint has been repeatedly splashed on the Rizzo mural, in the heart of the Italian Market, and after much protest, the Rizzo statue will be evicted from its prominent spot near city hall.
Rizzo fans are all over South Philly. Cops, firemen, longshoremen, iron workers and carpenters, they drink at dives like Shamrock, Dee’s Place, O’Jung and Cookie’s, the last with American flags all over, and signs such as, “America is #1 Thanks to our Veterans,” “MY FRIEND TOOK BILL CLINTONS PLACE IN VIETNAM / HIS NAME IS ON THE WALL” and “Politicians don’t keep US “FREE” / OUR MILITARY DOES! USA, USN, USAF, USMC, USCG”. In the men’s room, there’s a sticker with “HANOI JANE” in each urinal. On Fonda’s cheek is a hammer and sickle. Piss on the traitor! Outside, there are two large banners, “MARINES MAKE AMERICA GREAT AGAIN.”
College-indoctrinared millennials wouldn’t be caught smirking in Cookie’s, not even for a speedball dose of contempt and irony. They hang in joints like Pennsport Beer Boutique and 2nd Street Brew House. In New York City last year, I chatted with a 25-ish woman who referred to middle America as “hell land,” and many of those “hell landers,” in turn, wouldn’t mind seeing Manhattan, Seattle, Portland or San Francisco nuked, for they’re all “Commie” bastions.
Around Temple University, flyers went up this month in the middle of night, “Hey you stupid N______S / Bernie would have won if it wasn’t for you. Seriously, fuck you all. This is all your fault.”
We speak of red and blue states, but our violent political division exists within each city block, and often within the same household. Spouses have divorced over their fealty to Trump or Hillary, war criminals both, just like Obama, Bush and Clinton, etc., all brown noses of the military banking complex and Israel. Branding each other Fascist or Communist, we absolve our common enemies.
Overweening state power, as epitomized by both Communism and Fascism, is the common threat that should unite all Americans.

The Best of Linh Dinh
Linh Dinh [send him mail] latest books are Postcards from the End of America (non-fiction) and A Mere Rica (poetry). He maintains a regularly updated photo blog.

Previous article by Linh Dinh: Postcard From the End of America
Posted by Baldwin Templeton at 6:14 AM