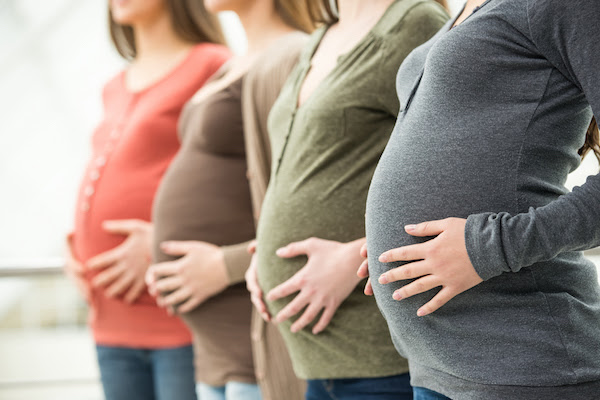 “Maternal vaccination policy has preceded vaccine safety science.” — Barbara Loe Fisher, National Vaccine Information Center
The flu vaccine is widely recommended for pregnant women, despite a lack of adequate safety testing. It was around this time in 2014 that a study came out in the New England Journal of Medicine stating the flu vaccine provided partial protection against confirmed influenza in pregnant women and their infants.1
The media began touting headlines like “flu vaccine safe for pregnant women,” and one news outlet, News 4 Jax, even quoted maternal-fetal medicine Dr. Erin Burnett as saying, “All pregnant women should get the vaccine because it’s 100 percent safe in pregnancy.“2
This is quite a statement, since even the U.S. Food and Drug Administration (FDA) lists influenza (and Tdap) vaccines as either Pregnancy Category B or C biologicals, which means that adequate testing has not been done in humans to demonstrate safety for pregnant women, and it is not known whether the vaccines can cause fetal harm or affect reproduction capacity.3
There are ingredients in flu vaccines, including mercury-containing (Thimerosal) preservatives, and many more bioactive and potentially toxic ingredients that have not been fully evaluated for potential genotoxic or other adverse effects on the human fetus developing in the womb that may negatively affect health after birth.
The rush to vaccinate pregnant women to try to passively vaccinate the developing fetus is a clear case of policy preceding science, as National Vaccine Information Center (NVIC) President Barbara Loe Fisher pointed out in her public comment at a recent FDA vaccine advisory committee meeting where public health officials made preparations to fast track vaccines targeting pregnant women to licensure. She said,

Maternal vaccination policy has preceded vaccine safety science. Now there are proposals on the table here in this Committee and in the 21st Century Cures Act backed by FDA and industry to lower FDA licensing standards to ensure that vaccine policy can continue to precede vaccine safety science in the future.4

It is clear that in the future many pregnant women are not only going to be urged to get the current government recommended influenza, diphtheria, tetanus and pertussis vaccines during every pregnancy but also be urged to get more vaccines that may not have been thoroughly tested. While women are evaluating their options for staying well during pregnancy, it is always wise to optimize vitamin D levels, which has the potential to not only cut your risk of the flu in half but also can protect you and your baby from serious complications, such as premature delivery and preeclampsia.
Note: This article was reprinted with the author’s permission. It was originally published on Dr. Mercola’s website at www.mercola.com as part of a larger article titled “Flu Flop: Another Year of Dangerous CDC Lies.”
References
Posted by Baldwin Templeton at 9:53 AM