"In the future we would like to have a government that is more responsive and more active in ensuring that the water that comes out of people's taps is safe." 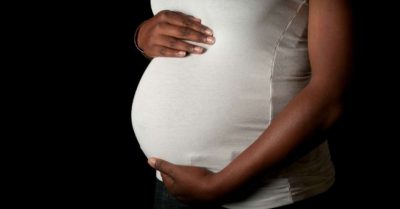 Featured image: A new working paper links the Flint water crisis to a “horrifyingly large” increase in fetal death rates. (Photo: Jay Weenig/flickr/cc)
Shedding new light on the human costs of the ongoing Flint water crisis—as well as underscoring the need for regulatory oversight—a new working paper links the city’s now infamous switch from the Detroit system to the Flint River as a water source with a decrease in fertility rates and a spike in fetal death rates.
The paper (pdf) from researchers from the University of Kansas and West Virginia University is the first to look at lead-poisoned water’s impact on fertility and birth outcomes. It compares birth and fetal death rates, which refers to miscarriages after 20 weeks of gestation, in Flint with those in other Michigan cities from 2008 to 2015—before and after the 2014 water switch.
Following the change in the water source, women in Flint aged 15-49 had a general fertility rate (GFR) decease of 12 percent. Fetal death rates for the group increased by 58 percent—a magnitude the researchers describe as “horrifyingly large.”


“We find no evidence of avoidance behavior,” said David Slusky, assistant professor of economics at the University of Kansas. “Either Flint residents were unable to conceive children, or women were having more miscarriages during this time.”

If water switch had not occurred, the researchers estimate that between November 2013 and March 2015 between 198 and 276 more children would have been born.
They write:


It is very possible that many residents who may have had a stillborn baby or miscarried during the water switch do not realize that exposure to lead increased their risk of these outcomes. While researchers are aware of these risks, the public may not be. Therefore, this work may inform citizens that they should sign up for this registry as they were more affected by the water switch than they may have previously realized.

Given the harm lead-tainted water can cause, the researchers say their work speaks to the need for more stringent regulatory agencies.


“In the future we would like to have a government that is more responsive and more active in ensuring that the water that comes out of people’s taps is safe,” Slusky said.

This work is licensed under a Creative Commons Attribution-Share Alike 3.0 License

Posted by Baldwin Templeton at 2:51 AM