I interviewed an American photographer in Kramatorsk about life under bombs:

Early this morning I call Italian writer Christian Malaparte, who was in Kramatorsk with American photographer Patrick Lancaster.
For the last five days, they’ve been living through heavy bombing and shelling, undertaken by the Ukrainian Armed Forces. Patrick Lancaster has a lot of photographic and video evidence that the Ukraine military is deliberately targeting civilians and civilian homes, thereby committing extensive war crimes.
The Following is a transcript of my interview:

Vera Graziadel: How are you and Christian getting on there?
Patrick Lancaster: Well, there is a little bit of confusion right now. We were – about half an hour ago – woken up by the hotel staff, the one person that have been staffing the hotel, and they told us that officially hotel is now closed, but they said we are welcome to stay as long as we want. They told us that there’s an impression in the town that later on today the Ukrainian military will be moving into the town and will take in heavy equipment.
V: So are you staying or leaving?
P: I think we are going to be staying for a while. The bombing started about five days ago. We’ve been here almost a week now. Five days ago it started in the evening. And for the last five days every day and night, the majority of time, there’s been shelling of the city.
And last night there’s been really a lot of shelling between the hours of 11pm till 3am, but it sounded not quite like the days before, it sounded – i’m not really an expert on the sounds of the shells and bombs – but it sounded like it could have been a different type of ammunition, because it was a much more broader sound.

P: But yeah, we are going to stay here. We are actually trying to talk to the security companies here to organise us some bullet proof vests and then, once we got that organised, we are going to be going out and observing the damage and seeing if we can actually find out what’s going on.
V: Are there self-defence forces inside the city as well?

P: Yes, yes, for sure. They are in the city and they are very active this morning. We can see them walking back and forth in front of the hotel. Basically, we are in the centre of the city, in the **** Hotel (I removed the name for safety), and near the centre there are at least two different militia compounds. It’s kind of their headquarters. There are a few others throughout the city, but here are the two main ones, I believe.
It’s kind of strange, because in the last five days of the bombing and shelling, we haven’t seen a single militia compound that has actually been hit. Every building that we’ve seen being hit by the Ukrainian mortars have been civilian buildings. We personally have seen over 40 different civilian buildings bombed, that includes a school, an orphanage – we were in an orphanage the day before yesterday that was hit – and a lot of large apartment buildings have been hit . Some of the apartment buildings – it’s not like the Ukrainian army missed the their target – [quite the opposite], the same [apartment] buildings when they were bombed, they hit them very hard [repeatedly]. We spoke to one woman who said that in the night a few days ago her apartment building was hit with ten different mortars.
V: Do you think they are targeting civilian buildings on purpose?

Ukraine Regime Claims Control of Key Port CityThe US-backed right-wing regime in Ukraine claimed Friday to have won control of the city of Mariupol, the country’s main port on the Sea of Azov and the largest urban area in eastern Ukraine that the government has been ...

The Ukraine Genocide and its CheerleadersAs the world’s media circus moves on to Iraq and the international community’s already-waning attention switches from Ukraine to a new series of the ‘US foreign policy disaster’ horror show, the Prime Minister of Ukraine Yatsenyuk publicly announces the ...

134  61  3  217
Articles by: Vera Graziadel
Disclaimer: The contents of this article are of sole responsibility of the author(s). The Centre for Research on Globalization will not be responsible for any inaccurate or incorrect statement in this article. The Center of Research on Globalization grants permission to cross-post original Global Research articles on community internet sites as long as the text & title are not modified. The source and the author's copyright must be displayed. For publication of Global Research articles in print or other forms including commercial internet sites, contact: publications@globalresearch.ca
www.globalresearch.ca contains copyrighted material the use of which has not always been specifically authorized by the copyright owner. We are making such material available to our readers under the provisions of "fair use" in an effort to advance a better understanding of political, economic and social issues. The material on this site is distributed without profit to those who have expressed a prior interest in receiving it for research and educational purposes. If you wish to use copyrighted material for purposes other than "fair use" you must request permission from the copyright owner.
For media inquiries: publications@globalresearch.ca 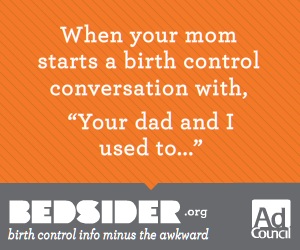