Let’s Make 9/11 Truth Go Viral
Global Research is committed to Counter-propaganda.
Forward this article far and wide.
Post it on social media, cross-post it on blog sites and independent media.  (GR Editor M. Ch.)
.
Introduction
With polls consistently showing that approximately 50% of Canadians and Americans doubt the official story of 9/11, the feat of keeping the lid on a public debate for over 12 years has been nothing short of miraculous.
This article presents a simple case study showing that this miracle is being performed with the assistance of Google and YouTube search engine interference
On September 8, 2013, the popular Russia Today “Truthseeker” program, with over a million subscribers on YouTube,[1] published a 13-minute newscast entitled “The Truthseeker: 9/11 and Operation Gladio (E23).”
Below the video frame ran the caption:

Bigger than Watergate’: US ‘regular’ meetings with Al-Qaeda’s leader; documented White House ‘false flag terrorism’ moving people ‘like sheep’; the father of Twin Towers victim tell us why he backs this month’s 9/11 campaign on Times Square and around the world; & the protests calendar for September. This paragraph was followed by a list of interviewees, including four people representing three scholarly research organizations:  Architects and Engineers for 9/11 Truth,[2] the 9/11 Consensus Panel,[3] and The Journal of 9/11 Studies.[4]
The “Truthseeker” video immediately started to gain popularity on YouTube, reaching 131,000 views in the first three days.[5](The history of the viewing statistics may be seen by clicking on the little graphic symbol under the video frame, and to the right)
Truthseeker posted its program to YouTube on Sept. 8.  Russia Today tweeted the YouTube link to its 546,000 followers and to the interviewer, Daniel Bushell, that day:

RT ‏@RT_com 8 Sep
The Truthseeker: 9/11 and operation Gladio (E23) http://youtu.be/vka7Da6e9LY  @DanielBushellRT
A MOXNEWS copy of the same newscast was also posted September 8 under the title “Russia Today News Declares 9/11 An Inside Job False Flag Attack!” which in turn started to escalate, with over 80,000 views in the first few days.[6]
Other uploads of the program also appeared, with less traffic, bringing the early viewing total to over a quarter of a million people.
What Happened Next?
In both the RT and MOXNEWS cases, the viewer statistics on YouTube suddenly flat-lined on the morning of September 11 — like a heart monitor when a patient dies.
The YouTube search engine had suddenly failed to locate these videos.
Oddly, although the RT video may still be viewed on YouTube through its direct link (if known) from the Google URL box,[7] it cannot be accessed on YouTube by its title, or by portions of its title, or by searching “Truthseeker.”
The MOXNET version was also decoupled from the YouTube search engine for a period of time after September 11, but has since been restored to normal indexing.
Below is RT’s “Truthseeker” “9/11 and Operation Gladio” reposted on GlobalResearchTV:


How Were the Search Engine Failures Detected and Verified?

Investigations carried out independently by a US engineering colleague and myself revealed the following:
I. YouTube Search Results and Rankings:
·        Searching the exact title of the original “Truthseeker” posting (“9/11 and Operation Gladio”) does not yield the original RT post. It does yield other posts with far fewer viewings, but the original, which as we have seen still exists as a URL, is evidently no longer in the YouTube index.
http://www.youtube.com/results?search_query=9%2F11+and+Operation+Gladio&oq=9%2F11+and+Operation+Gladio&gs_l=youtube.3..0l2.293984.293984.0.295154.1.1.0.0.0.0.217.217.2-1.1.0…0.0…1ac.2.11.youtube.MvZma9CXCtY
Its viewings have slowly risen over several weeks from 131,000 to 136,000 through the early news reports — but with by far the most views of all the uploads, it should appear at the top of the list.
II. Google Search Results and Rankings:
An exploration of the Google Web and Google Video search results revealed the following about access to the RT “Truthseeker” Episode 23:
·        Google Web Rankings:  On a search of “9/11 and Operation Gladio,” Google Web first brought up several news items, followed by an array of low-volume YouTube uploads that did not include the popular original RT version.

https://www.google.com/search?q=9%2F11+and+Operation+Gladio&bav=on.2,or.r_cp.r_qf.&cad=b&bvm=pv.xjs.s.en_US.qH4g2czDPNQ.O&ech=1&psi=51dPUsRPhbrgA6-cgcgK.1380931557920.3&emsg=NCSR&noj=1&ei=51dPUsRPhbrgA6-cgcgK
·        Google Video Rankings:  On the same search, “9/11 and Operation Gladio,” Google Video first listed the “Truthseeker” website page from which the video may also be watched and downloaded (as discussed below). This was followed by a half dozen uploads from other sources, mostly showing 50-200 video views. The original RT video that is still available by direct link and now records 136,000 views, did not show up at all — yet it should have been on top.

https://www.google.com/search?q=9/11+and+Operation+Gladio&noj=1&source=lnms&tbm=vid&sa=X&ei=6FdPUvfUD6z-4APhrIHQCA&ved=0CA0Q_AUoAA&biw=1680&bih=870&dpr=1
·        On both Google Web and Google Video, searching the original RT URL failed to bring up the early version of the program that had started to go viral[8] — although its direct link still exists and shows up on several early September news websites.
III. The Truthseeker’s Own Website: The “Truthseeker” produces a new show every two weeks.  As of this writing, the “Truthseeker” home page shows Episode 24, dated September 22, right at the top, followed by Episodes 22, 21, 20, and 19.
Our case-study Episode 23, dated September 8, was displayed at the top of the home page from September 8-11, before it disappeared.
It was then located under a different date — August 1, 2012 — buried on a back page with earlier episodes from over a year ago.
This may have been a simple mistake on the part of a large investigative news network that is attracting personnel and audiences away from Western networks, or it may be the result of hacking or political pressure. [It should be noted that when a September 8 2013 posting is given a new date namely August 1, 2012, it no longer appears on Google News in the days leading up to and following September 11, 2013, the date of commemoration of the 9/11 attacks. This redating of the September 8 posting also affects its ranking in the search engines, GR Ed.].
The bottom line is that at least with regard to the Google and YouTube (which is owned by Google) search engines, something highly unusual has gone awry.[9]
Failure of Email Transmissions Describing the Above Investigation
Perhaps the most disturbing element of this case study is that for more than two weeks after September 11, 2013, it was impossible for some people to transmit by email the link to the original YouTube Episode 23 that had started to go viral.[10]
An email containing this link would at first appear to have transmitted normally, for it would show up in the sender’s Sent Mail. But it would not be received by the addressees — including the sender, if copied to self.
To my knowledge, at least six people, including three IT professionals, experienced the failure of email transmissions containing this particular link.
Of these IT professionals, one concluded, “There is no benign explanation for this.”
Impact and Significance:
1. Impact: How popular videos behave statistically
When videos start to become popular on YouTube, the statistics curve usually continues to rise over time.
Some show an initial burst of interest, with the curve rising quite steeply, then settling into an upward sloping line over time. This may be seen with the 2011 “Ultimate Dog Tease” (145 million).[11]
Others have a slower start, then catch on and build steadily, as did the 2012 “Psy-Gangnam Style” video, the first to be viewed over a billion times.[12]
The same slow-start pattern was seen with the 2007 video, “9/11 Clues EVERYONE MISSED.”[13]
Now compare these graphs with the two flat-line interruptions in the case-study videos whose progress was truncated by search engine failure.[14]
The point is that if a particular video is catching on, and people can see the excitement and enthusiasm for it right there in the viewer stats, they are apt to jump aboard and watch it.  They are far less likely to watch a video with 50-200 views that has been rated “ho hum” by the viewing public.
Those who covertly study the impact of “inconvenient” political broadcasts, and who take note and interfere with them, understand these things.
2. The significance of this interference:
The suppression of free political communication in our society has grave consequences for several reasons:
This essay is offered to all citizens who believe the government should be investigated when state crimes against democracy are suspected.
It is further offered to all who pay taxes for government care, protection, and the guarantee of constitutional freedoms — and in particular to citizens who may have encountered chilling indications of covert state interference in their lives.

Do Google and YouTube Search Engines Block Inconvenient Truth? A Case StudyNEW YORK , Oct. 9, 2013 /PRNewswire-USNewswire/ -- The 9/11 Consensus Panel reports that a  study published Saturday, by the Centre for Research on Globalization, presents compelling evidence that a September 8 broadcast from the international news giant Russia Today ...

BBC Reporter: Google Moving to “Suppress Legitimate Journalism”BBC economics editor Robert Peston warns that Google’s implementation of the controversial “right to be forgotten” ruling is working to “suppress legitimate journalism” after one of his articles about Merrill Lynch boss Stan O’Neal was scrubbed from the search ...

Prime Suspects: A Real Criminal Investigation of 9/11On the 12th anniversary of 9/11, the 9/11 truth movement seems as far away as ever from bringing any of the actual perpetrators of those attacks to justice. Now, investigators like Kevin Ryan are beginning to piece together the ...

2616  948  327  7583
Articles by: Elizabeth Woodworth
Disclaimer: The contents of this article are of sole responsibility of the author(s). The Centre for Research on Globalization will not be responsible for any inaccurate or incorrect statement in this article. The Center of Research on Globalization grants permission to cross-post original Global Research articles on community internet sites as long as the text & title are not modified. The source and the author's copyright must be displayed. For publication of Global Research articles in print or other forms including commercial internet sites, contact: publications@globalresearch.ca
www.globalresearch.ca contains copyrighted material the use of which has not always been specifically authorized by the copyright owner. We are making such material available to our readers under the provisions of "fair use" in an effort to advance a better understanding of political, economic and social issues. The material on this site is distributed without profit to those who have expressed a prior interest in receiving it for research and educational purposes. If you wish to use copyrighted material for purposes other than "fair use" you must request permission from the copyright owner.
For media inquiries: publications@globalresearch.ca 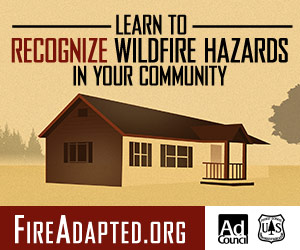 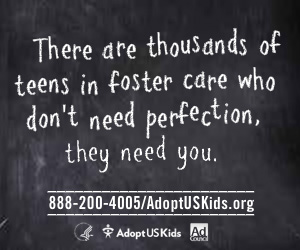