Our Professor’s Views Are Vile, University Says. But We Can’t Fire Him.

Our Professor’s Views Are Vile, University Says. But We Can’t Fire Him.

A provost at Indiana University has earned praise for harshly condemning a professor’s views while respecting the First Amendment.

By Nicholas Bogel-Burroughs
The provost did not mince her words about the opinions of a professor on her campus. His views
were racist, sexist and homophobic, she wrote in a statement this week. They were “vile and stupid,” she said, and “more consistent with someone who lived in the 18th century than the 21st.”

But the provost, Lauren Robel of Indiana University Bloomington, was equally clear on another point: The First Amendment prohibited the university from firing the professor, Eric Rasmusen, for expressing those views. “That is not a close call,” wrote Professor Robel, who also teaches at the law school.
The unusually candid statement quickly drew attention from students, academics and lawyers, many of whom praised the provost for publicly excoriating the professor’s opinions while respecting one of the nation’s basic freedoms.
Conflicts over academic freedom and private speech have long been mainstays of college campuses. There was the case of Steven Salaita, the professor whose job offer was revoked by the University of Illinois in 2014 over his criticism of Israel. And John McAdams, the professor who was reinstated by a Wisconsin court last year after Marquette University suspended him for criticizing a graduate student on his personal blog.

Get what you need to know to start your day, delivered to your inbox.
Advertisement
Continue reading the main story
But this case did not follow the usual outrage playbook. Professor Rasmusen, an economist who has argued that gay men should not be teachers, referred to women as “the weaker sex” and said colleges have lower standards for accepting black students than white students, had been posting his opinions online for years. They were only widely circulated this week when they were flagged by a popular Twitter account.
With her statement, the provost managed to forcefully support both the angry objections to Professor Rasmusen’s views and his right to express them. She said in an interview on Friday that while she may not want Professor Rasmusen on campus, it was important to be frank with students about what the school could do.
Create an account or log in
“These are things he says on his own time, in his own space,” Professor Robel said, adding that the decision had nothing to do with his tenured status. “That, without more, is not enough.”
She added: “Somebody with his views — should that person be teaching students? If that was the only question we had to answer, the answer in my mind would be pretty clear.”
Still, some students said Indiana University should take further action, and accused its leaders of hiding behind the First Amendment to protect the professor. 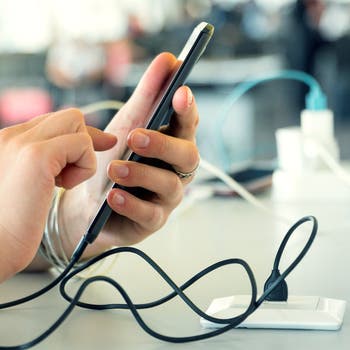 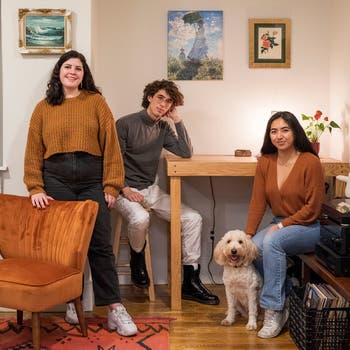 Three Students, $3,000 and a Dream: An Affordable Brooklyn Apartment. Where Did They Wind Up? 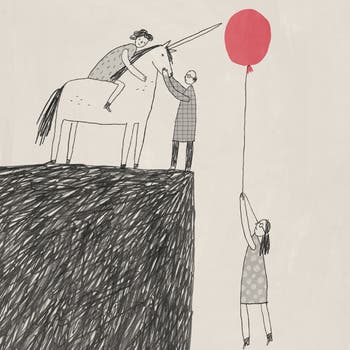 Face It, Mom and Dad: I’m Not Special

Continue reading the main story
Advertisement
Continue reading the main story
On campus on Friday, students were still talking about the controversy, even as many packed up for a week of vacation that runs through Thanksgiving. Selena Drake, a senior studying law and public policy, said she understood that speech needed to be protected, but argued that the provost’s denunciation did little to protect students.
“Her expressing her concerns doesn’t really do anything for us,” said Ms. Drake, 22. She said Professor Rasmusen’s public posts alone were enough to make his classroom a hostile environment for female, gay and black students.
The provost agreed, and said the university had altered its policies to allow students to transfer out of Professor Rasmusen’s class and ensure that no one will have to take it to satisfy degree requirements. The university will also make Professor Rasmusen grade student assignments without knowing whose they are, in an attempt to dispel fears that his “expressed biases would infect his perceptions of their work.”
If a student reads the professor’s opinions “and has effectively been told, ‘You don’t belong here,’ I don’t want those students to have to take a course from this man,” Professor Robel said, adding that she did not want students to feel forced to carry “an unfair backpack of bigotry into a classroom.”
Professor Rasmusen has been responding to criticism — and posting letters of support — on his website, and he wrote in an email that while he does not hide his Christianity, he believes that in economics classes, students and professors should set aside their “moral objectives” in favor of trying to maximize social welfare. He also said the provost had attributed beliefs to him that he does not hold.
As of Thursday night, the business school was not aware of any complaints filed against Professor Rasmusen for his behavior in class, the provost said, but she and other university officials encouraged former students or colleagues to come forward if they believed they had been discriminated against. Professor Rasmusen’s views have brought criticism before, most notably in 2003 when the university removed his blog from its servers after he made incendiary comments about gay men.
But outrage swelled this week when Michaela Okland, who runs the popular Twitter account SheRatesDogs, posted images of the professor’s tweets after a student shared them with her. The post has been seen more than 2.5 million times.
Posted by Baldwin Templeton at 2:55 AM