Lawsuit Launched to Save 274 Species From Extinction Crisis

Lawsuit Launched to Save 274 Species From Extinction Crisis

In one of the largest lawsuits ever launched under the Endangered Species Act, the Center for Biological Diversity filed a formal notice today of its intent to sue the Trump administration for failing to decide whether 274 imperiled animals and plants across the country should be federally protected. Decisions for these species are years overdue.

Among the species in today’s legal filing are wolverines in the Rockies, a “jumping” slug in the Pacific Northwest, moose in the Midwest, a western bumblebee that has declined by 84 percent, Venus flytrap plants in the Carolinas, and a tiny freshwater fish that flips stones with its nose to find food. (A full list is below.)
In 2016 the U.S. Fish and Wildlife Service developed a workplan to address a backlog of more than 500 species awaiting protection decisions, including those in today’s notice, but the Trump administration has kept the agency from completing decisions for dozens of species every year. Today’s notice seeks to ensure that all the remaining species in the workplan that are still awaiting protection get decisions as soon as possible. 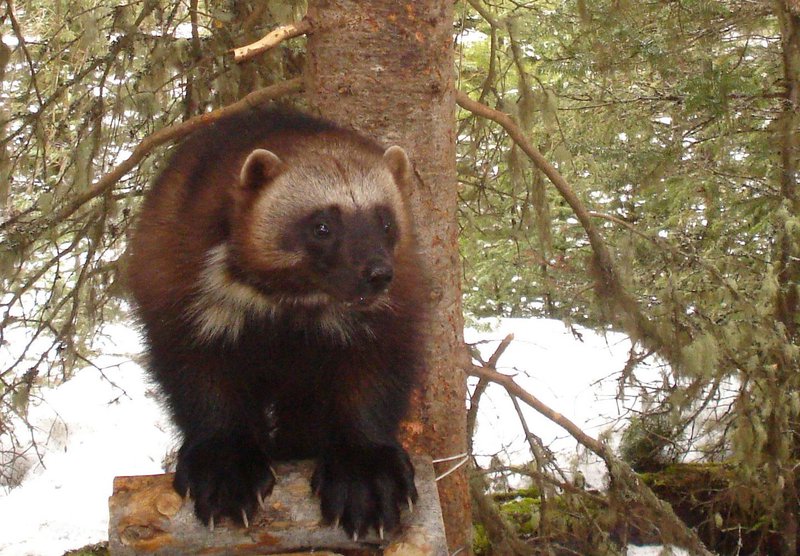 Image: American wolverine, courtesy Audrey Magoun/USFW
“Scientists around the world are sounding the alarm about the extinction crisis, but the Trump administration can’t be bothered to lift a finger for hundreds of species that are in serious trouble,” said Noah Greenwald, endangered species director at the Center. “Every day protections are delayed is a day that moves these fascinating species closer to extinction.”
Earlier this year the Intergovernmental Science-Policy Platform on Biodiversity and Ecosystem Services, known as IPBES, warned governments around the world that 1 million species are now at risk of extinction because of human activity. IPBES scientists said that urgent actions are needed to avert mass extinction in the coming decades.
Meanwhile the Trump administration has only protected 19 species under the Endangered Species Act — the lowest of any administration at this point in the presidential term. By comparison, during the Obama administration, 360 species were protected under the Endangered Species Act. Under Clinton 523 species were protected, while 232 species were protected under George H.W. Bush, 62 species under George W. Bush, and 254 under Reagan.
“The Trump administration’s hostility toward wildlife is appalling,” said Greenwald. “The Endangered Species Act has saved 99 percent of species under its protection, and it can save these plants and animals too, but only if they get the protection they need.”
The 274 species occur across the lower 48 states and include birds, butterflies, fish, mammals and more. All of the species face serious threats to their survival, ranging from habitat destruction to climate change to disease.
“The extinction crisis is an emergency of epic proportions, and habitat loss is playing a huge role,” Greenwald said. “If we’re going to have any real shot at saving these species, we need to protect more of the land and water in this country that they need to survive.”
Click here to view a table of the 274 species awaiting protection decisions.

Posted by Baldwin Templeton at 4:37 AM