The U.S. backed a coup in Venezuela that has failed. And President Trump was the architect of it. This is a farce surrounding an intrigue contained within a tragedy.

What has happened in Venezuela is tragic. Nicolas Maduro is a comical figure straight out of central casting for a South American leader of a junta. But it has been the U.S.’s designs on Venezuela’s oil and gas reserves (the largest proven in the world as of 2017) that is the real story behind this week’s events.
For anyone still harboring doubts as to who Trump truly is Venezuela should end them. Trump’s Energy Dominance policy is at the core of his foreign policy. And he will do whatever it takes to secure that policy and deliver a long-standing order to the U.S. and European oligarchy to gain control over Venezuela.
Energy Dominance
As Alistair Crooke succinctly put it last year at Strategic Culture:


The US – were energy dominance to succeed – simply would control the tap to the economic development – or its lack thereof – for rivals China, and Asia. And the US could squeeze Russia’s revenues in this way, too. In short, the US could put a tourniquet on China’s and Russia’s economic development plans. Is this why JCPOA was revoked by President Trump?
Here then, is the squaring of that circle (more US power, yet less empire): Trump’s US aims for ‘domination’, not through the globalists’ permanent infrastructure of the US defence umbrella, but through the smart leveraging of the US dollar and financial clearing monopoly, by ring-fencing, and holding tight, US technology, and by dominating the energy market, which in turn represents the on/off valve to economic growth for US rivals. In this way, Trump can ‘bring the troops home’, and yet America keeps its hegemony. Military conflict becomes a last resort.

Most of Trump’s supporters refuse to admit this is the plan. They still want to believe that National Security Advisor John Bolton and Secretary of State Mike Pompeo were thrust upon him by the nefarious Deep State.
And that Trump is a trapped hero in a cage yearning to breathe free and MAGA, if we just support him a little more. Nonsense.

Trump has been very clear about this policy for years. We take over these places, kill the bad people and pay for it all by stealing their natural resources, in this case oil.
It is Trump’s 17th century view on trade writ large. Since this is a 17th century colonial mindset.
An independent Venezuela, even if it is run by an incompetent bus driver, is something that cannot be allowed to stand. Anyone that refuses to trade that oil on U.S. controlled exchanges, exchanges controlled by Goldman-Sachs, or in U.S. dollars is to be taken over and a puppet government installed, c.f. Iraq, Libya.
But only after your production is removed from the market. So that we can sell ours.
This is geopolitics 101 folks. Nothing new under the sun. Does everyone not remember Trump’s cutting Venezuela from the global monetary system through sanctions last year?
The Socialism Bogey
The worst of the country’s hyper-inflation occurred after this. Sadly, it was cheered on by libertarians and conservatives more interested in proving Socialism is bad than seeing the bigger picture of how it was fomented by immoral U.S. policy under Trump’s guidance.
Because no one f&cks with the Orange Jesus, man. Whoa!
&lt;span data-mce-type="bookmark" style="display: inline-block; width: 0px; overflow: hidden; line-height: 0;" class="mce_SELRES_start"&gt;﻿&lt;/span&gt;
Maduro’s attempts to rebuild Venezuela’s monetary system outside of the control of the U.S.’s dominance of financial markets are a blueprint for resisting Energy Dominance.
Whether Maduro’s Petro cryptocurrency and Sovereign Bolivar succeed are irrelevant. What’s important is that he has gained the backing of both China and Russia in support of the scheme.
They are all, along with Iran, committed to an alternate path to Trump’s Energy Dominance. They have to be, because the U.S. will not stop locking down the world financial system around oil until stopped practically.
And Trump has to continue on the path he’s on, if he believes in America’s Inherent Greatness (which he does), and quash them with everything in his power.
So, now he is taking on the weakest link, Venezuela. A country softened up by Chavez’s idiocy and Maduro’s incompetence. But it took the U.S. leaning on them through ruinous sanctions to destroy what was left and ensure the collapse of its oil industry so ours can thrive.
Then we blame the Venezuelan people for resisting our edicts and electing the wrong man. 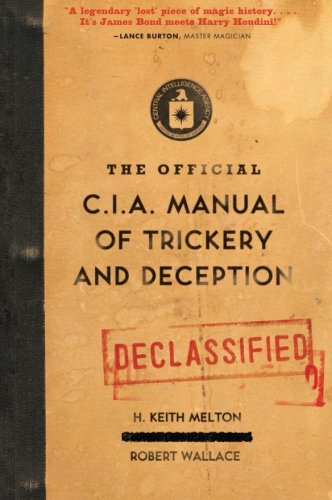 This is the John Bolton blueprint for regime change. Demonize the leader of a country that opposes our imperial rule, cut them off from the rest of the world through sanctions and political/military pressure and wait for the society to collapse. Then back a regime change by a U.S. groomed puppet, in this case the nobody who is Juan Guaidó.
Sell it all the entire time as a failure of the other guy in charge. For Chavez and Maduro the spectre of Socialism is all it takes, especially now with the Democrats and the media championing our own female Che, Alexandria Ocasio-Cortez, as the bogeyfem.
If that fails and it looks like it has then threaten to invade on humanitarian grounds. The only way this works with a U.S. population weary of two straight decades of war is for things to get so bad our intervention makes us look like the savior of a blighted people.
The Good Guy Blueprint
Guess what? This is the exact groundwork Bolton is laying for Iran. Squeeze them until they pop and then back a coup by the Mujahadeen al-Khaq (MEK). Who, like Guaidó, have absolutely zero support within Iran and would be the exact antithesis of what the Iranian people would want.
In other words Shah 2.0.
And are both some flavor of communist, just like Maduro. But don’t tell the MAGApedes this it’ll make them cry.
This is why we refused to work with Venezuela and sanctioned them instead. Maybe the reason Maduro wouldn’t work with us is because he knew what the ultimate plan was.
But the real tragedy here is that Trump has now embraced interventionist foreign policy completely. He’s like Arnold’s character in James Cameron’s True Lies. When his impossibly how wife finds out who he truly is she asks him, “Have you ever killed anyone?”
And he quips like a little boy, “Yeah, but they were all bad.”
This is how he’s selling this betrayal of his base and MAGA. Because Venezuela today, Iran tomorrow.
The Steps to Not MAGA
Go back to the Crooke quote above. Shoring up the flow of how and in what currency oil is traded is one part. This is why Saudi Arabia is doomed, because to survive they need U.S. diplomatic and military backing and to maintain that they need to only accept dollars which is destroying their fiscal position.
The next part is have the U.S. produce the marginal barrel of oil, giving us pricing leverage over Russia. The Saudis and the rest of the Arab world will take whatever we allow them to have.
The alternative is written in today’s headlines — demonization, impoverishment, regime change and seizure of natural resources.
That mean Trump needs low interest rates for the capital intensive and, to this point, capital destructive, fracking industry to maintain the fiction that we can outproduce the Russians on a price per barrel basis.
Venezuela, with a currency which trades outside the SWIFT system, can and will produce oil at far lower prices than U.S frackers in the Permian Basin can. And it can drive domestic wealth generation again.
The last part is what he’s selling to the MAGA crowd, bringing the troops home. But Trump said this morning he doesn’t rule out military intervention in Venezuela to oust Maduro from power. What happened to ‘no regime change’ and bringing the military empire to an end, OJ?
As long as all of the above works he will be able to substitute the troops overseas for control of the flow of energy, except where the bad guys need to be killed of course.
The Failure is Complete
Look around you. Do you really think that’s working?

China’s petroyuan contract is a runaway success. Russia is selling so much oil there in yuan and converting it to gold it is now supporting global gold prices.
Maduro has survived the coup to this point. Russia has made it clear they will assist Maduro stay in power by flying a nuclear-bomb carrying TU-160 bomber to Caracas. Putin and Maduro just signed a multi-billion dollar exploration and production agreement.
No Exxon-Mobil in sight folks.
Iran is selling oil to India at 2017 rates still, using rupees. Most of 2018’s increase was in anticipation of Trump putting sanctions on, so the fall from the peak is irrelevant — simply front-running Trump’s predictable policy.
Turkey will still buy Iranian oil at whatever rate they want.
Nordstream 2 is under construction and Exxon-Mobil and Uniper just signed a big LNG supply deal in Germany. Since Uniper is a part of the Nordstream 2 consortium, do you think sanctions are incoming now?
No.
And neither is energy dominance.
&lt;span data-mce-type="bookmark" style="display: inline-block; width: 0px; overflow: hidden; line-height: 0;" class="mce_SELRES_start"&gt;﻿&lt;/span&gt;
Reprinted with permission from Gold Goats ‘n Guns.