In the summer of 2017, a malware virus mainly affecting the Ukraine, found its way onto the mainframe computer systems of Merck wreaking havoc for the company. The malware was called
“NotPetya,” referring to the ransomeware family Petya, which disables computer systems and demands a ransom to be paid in bitcoin before it will restore access to a company’s files. It is destructive and costly, something Merck was to find out as its sales and manufacturing operations were disrupted by the June 7th attack. According to the Wall Street Journal, the incident cost the pharmaceutical giant $670 million to remediate, but more importantly, it caused disruption to the production of two of Merck’s pediatric vaccines: Gardasil 9 (Human Papillomavirus) and Recombivax (Hepatitis B virus), vaccines to help prevent sexually transmitted infections.
During the crisis, Merck borrowed from a CDC vaccine stockpile, in order to meet supply commitments for Gardasil 9. However, that was not the case with Recombivax, the Hepatitis B vaccine given to all babies beginning the first day of life. There is no clear medical reason for giving every baby a vaccine against hepatitis B if its mother tests negative for the disease. Nevertheless, American babies receive three doses each, which is 12 million doses in any given year for the US alone. Following the cyber-attack, Merck was unable to meet this high demand, citing production problems.
The CDC acted quickly in asking GlaxoSmithkline to supply its Hep B vaccine Engerix-B, to meet the needs of the US market. The CDC published a notice about a shortage of Recombivax on July 28th 2017 on its website, stating that the vaccine would be unavailable as of early August 2017. GSK was able to supply a monovalent (single) vaccine for the birth dose and subsequent newborn doses. Doctors could give the pentavalent combination vaccine Pediarix to older babies, depending on supply.


Did a Natural Experiment Occur?

Could there be an effect on vaccine reactions if one highly immunogenic adjuvant was removed from the earliest possible childhood immunizations? What happened since Recombivax went out of production in July 2017? The only way researchers can look at reactions is through the Vaccine Adverse Event Reporting System (VAERS). It is a passive system not without errors, but most reports are by physicians, medical professionals and vaccine manufacturers themselves. A further limitation of VAERS, is that it only captures between 1-10% of reportable reactions, thus it significantly under-reports, which should be kept in mind when looking at data.
Following the cyber-attack in June 2017, for the first time in a very long time, researchers have the ability to view in plain sight, a natural experiment whereby one vaccine was abruptly swapped out for another – replacing the very adjuvant many critics are concerned about, AAHS – with an aluminum hydroxide adjuvant contained in Engerix-B. Neither has a published independent safety profile but AAHS is suspected to be more problematic due to its immunogenicity profile.
We now have more than a year’s worth of data to examine since the attack in 2017 when Engerix-B was introduced. On average there were 29 deaths reported annually for fifteen years prior to the attack (2003 to 2017). In 2018 there were only 6 reported (to end of November 2018). Two of those deaths followed Recombivax. Assuming the same death rate to the end of the year, at most there will be 7 deaths recorded, resulting in roughly 75% less deaths since Recombivax was discontinued as a pediatric vaccine. 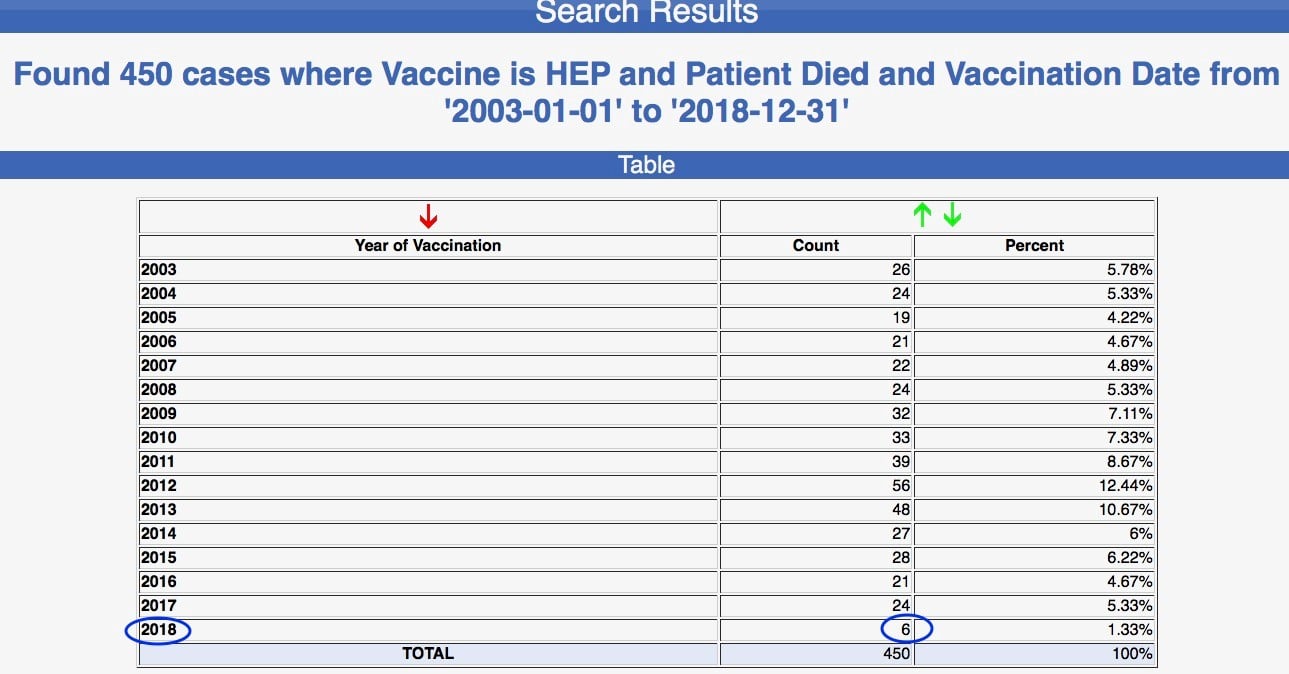 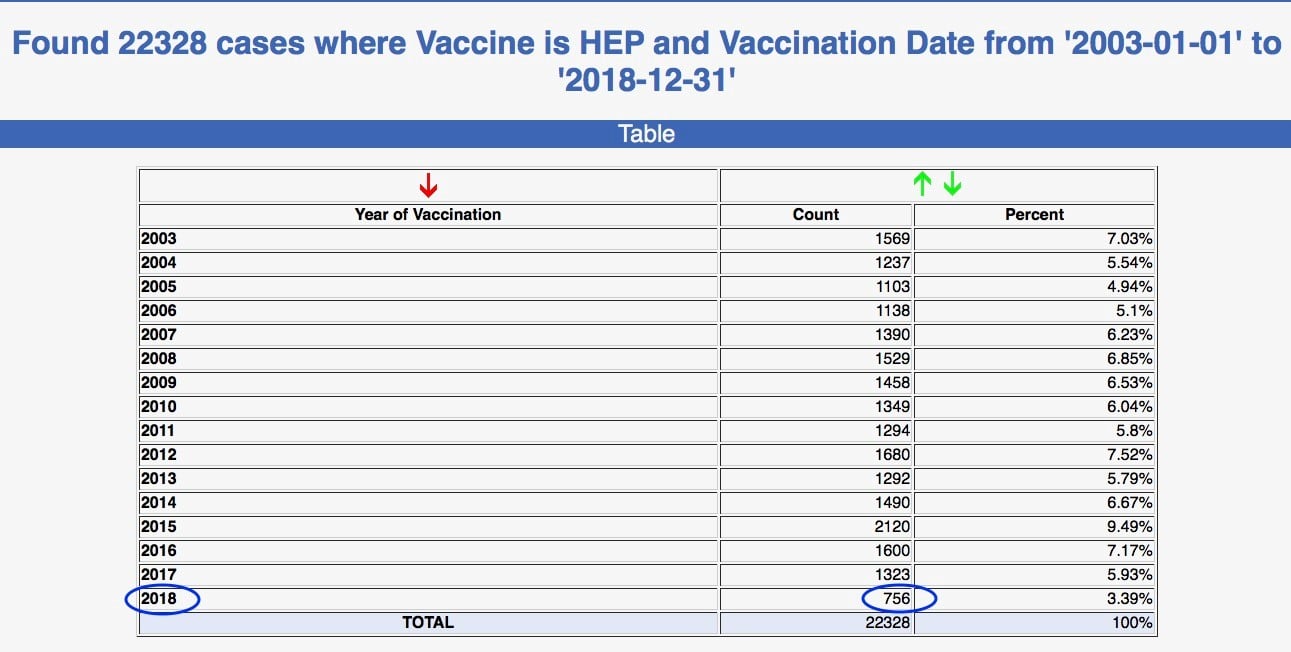 
There is an obvious suggestion that GSK’s vaccine is a safer option for parents and pediatricians. Of course, a more in depth analysis is needed. Moreover, because VAERS has incomplete data, it warrants an immediate FDA investigation since most of these deaths occur in babies under three years old.
It is unknown whether this anomaly was as a result of the switch to the GSK version of the vaccine, but considering the concern some scientists have over the lack of science and unsupported safety of Merck’s AAHS, the FDA should be concerned. At the very least, there should be a moratorium on reinstating Recombivax until the disparity can be investigated. Vaccine safety should be everyone’s concern, not just vaccine safety advocates. The precautionary principle must be invoked where there is doubt. We hope the FDA agrees.


Sign up for free news and updates from Robert F. Kennedy, Jr. and the Children’s Health Defense. CHD is planning many strategies, including legal, in an effort to defend the health of our children and obtain justice for those already injured. Your support is essential to CHD’s successful mission.

Posted by Baldwin Templeton at 12:47 PM