Perhaps the Most Important Book of Non-Fiction in the 20th Century By W. David McGuinn Jr.from LewRockwell.com

sincerely believe that in the future, “The Road to Serfdom“will rank alongside works of the John Locke, Adam Smith, Edmond Burke, Alexis De Tocqueville, and Ludwig von Mises in defining
human freedom. Its insights inspire me to read it again at least every few years. And that is easy to do because it is a brief, well written book that explains how essential the freedom and dignity of each human individual are to the formation of a prosperous, good and just society.
Like many young, intelligent, concerned people, Hayek started his adult life as a democratic socialist, the trendy thing for young people then and now. But World War I caused him to questions the assumptions he had made about the social order. In conversations with his cousin Ludwig Wittgenstein, he developed a strong desire to discover ways that humanity might avoid the tragedy of the War in future. He studied with numerous academic luminaries in Vienna after the war including the renowned economist and powerful anti-socialist Ludwig von Mises. Then, in 1931, he wrote a book that earned him an invitation to join the London School of Economics where he famously debated the demand-side guru, John Maynard Keynes. Keynes won these debates in the short run and held sway over mid-century world economic policy, but lost to history with the supply-side revolution of Freedman, Reagan and Thatcher who all acknowledged their great debt to Fredrick Hayek. This book is not Hayek’s crowning achievement in academic economics (for that work he won a Nobel Prize) nevertheless, it is his most famous and influential work.
Time to buy old US gold coins
As undergraduates, many people read Plato, particularly “The Republic”, and are enthralled. The idea that we can willfully design a perfect, conflict free society is seductive and desirable to young minds who have just left the security of the family, or not. Philosophers in the 19th century rebelled against the hegemony of determanistic materialism that had held sway since Francis Bacon began the struggle to push the Church’s Plato back into the Pandora ’s Box it came from. Successively, Hume, Kant, Hegel, Marx, Comte and Mill reopened the box. But without the Church to teach them otherwise, men began to believe they could perfect themselves. Bismarck and Woodrow Wilson made the first political attempts at a Great Society with seeming benevolence. Mussolini, Hitler, Tojo, Stalin and Mao followed their 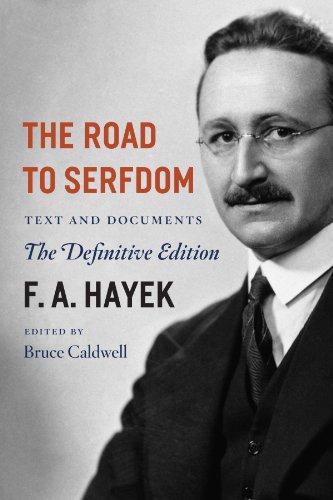