Is the Trump administration closing in on Pizzagate and John Podesta? Dr. Eowyn from James Fetzer Blog

Is the Trump administration closing in on Pizzagate and John Podesta?

“Pizzagate” is the term given to speculations and assertions that there is a pedophile network connecting Democratic Party élites and two Washington, D.C. pizzerias, Besta Pizza and Comet Ping Pong. The latter is a pizzeria with a Disneyish façade owned by a homosexual named James Alefantis, who is a former boyfriend of David Brock, a powerful Democratic Party operative and Clinton loyalist. 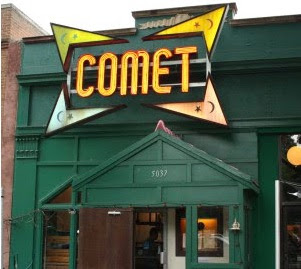 The word “pizza” in Pizzagate isn’t just a reference to Comet Ping Pong pizzeria but stems from the many cryptic references to “pizza” and other food items (“hotdogs”; “pasta”; “tempting” “cheeses”; “yummy” “sauces”) in a collection of curious emails sent by and to John Podesta, a longtime Democratic Party operative who was Bill Clinton’s White House chief of staff, Obama’s White House counselor and, most recently, chairman of Hillary Clinton’s 2016 presidential campaign. This is the same John Podesta whose emails, published by WikiLeaks, reveal his and his brother Tony’s enthrallment with a cannibalism painting and their involvement with satanic performance-artist Marina Abramovic’s “spirit cooking” bodily-fluids dinners.

Three weeks ago, in a wholly unverified and unverifiable interview with the administrator of a website called Victurus Libertas, the alleged “FBI insider” who first broached the subject of Pizzagate on the chat forum 4chan last July, predicted the imminent (“next week”) “high level” arrests of “3 dozen pedophile politicians, some who are quite well known.” The unnamed “FBI insider” even gave the initials of some of the big-name D.C. politicians who are “being investigated” — BF (Barney Frank?), MB (Michael Bloomberg?), TK (Tim Kaine?), DF (Diane Feinstein?), JM (John McCain?), LG (Lindsey Graham?). Along with the politicians, the “insider” said “journalists, pundits, money men, lobbyists” would also be arrested in the impending FBI dragnet, and that “Many are being tracked down and are about to be exposed, arrested, drained. Some may off themselves when they realize they risk prison, ruination, loss of power, etc.”

Two things happened in recent days, however, which give us some hope that arrests actually may be forthcoming in Pizzagate that the MSM so loudly protest is “debunked” fake news. (See “Failure of American Journalism: Pizzagate and the muzzling of Ben Swann”)

By the way, it is interesting that a year before he died of a “heart attack,” in addition to calling John Podesta a “world class underage sex slave op cover-upper,” the late Andrew Breitbart had also tweeted that the liberal MSM protect, aid and abet pedophile sex trafficking.

Four days ago, on February 21, President Trump had a meeting with human trafficking experts, after which he said in a short, dramatic press conference that the issue of sex trafficking has been on the radar of the federal government “for some time,” but that since he took office, the investigation has become “much more focused”. Trump vowed that he will direct the Department of Justice, the Department of Homeland Security and other federal agencies to devote more resources and personnel so as to bring the “full force and weight of our government” to put an end to the “horrific, really horrific crimes taking place.”

Recall that three weeks ago, the new Trump administration’s Department of Homeland Security released a very curious PSA on human trafficking which prominently featured a pizzeria.

What you may not know is that Trump has long inveighed against pedophilia. In a tweet on October 8, 2012, Donald Trump said something must be done about the sex trafficking of “missing children” and that pedophiles should be put to death after a “fast trial”. 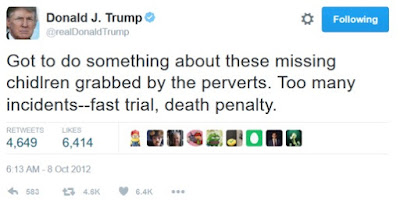 Below is a transcript of Trump’s announcement, followed by a video of his press conference (h/t YourNewsWire.com):

“I want to make it clear today that my administration will focus on ending the absolutely horrific practice of human trafficking and I am prepared to bring the full force and weight of our government at the federal level in order to solve this horrific problem that is getting worse.

Human trafficking is a dire problem, both domestically and internationally, and is one that’s made really a challenge. And it’s really made possible to a large extent, more of a modern phenomenon, by what’s taking place on the Internet, as you probably know.

Former Congresswoman Cynthia McKinney certainly understood President Trump’s words as a crackdown on Pizzagate. She wrote in a tweet on February 23, 2017:

“Forewarning: this brings down Dems and Repubs! He needs to go straight all the way because this goes to the top!”

(2) The Rothchilds throw John Podesta to the wolves 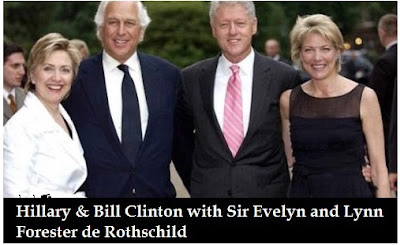 As Claire Bernish reports for the Australian National Review, Rothschild has a close association with Hillary Clinton, as shown in emails released by WikiLeaks:
On the evening of February 21, 2017, the same day of President Trump’s announcement of a crackdown on sex trafficking, in a telling tweet, Lynn de Rothschild calls John Podesta “pathetic,” “arrogant,” “a loser,” and blames him for Hillary losing the election to Trump. 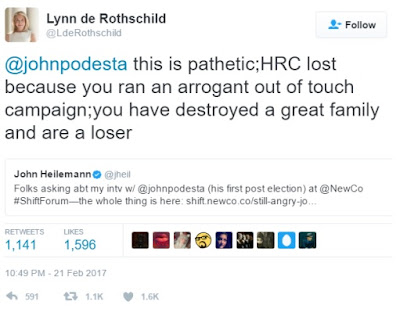 Are the above recent events signs that the Trump administration will take decisive action on Pizzagate?

We can only hope — and pray — that the powerful D.C. users and abusers of  innocent children be brought to justice.