Published time: September 09, 2013 15:59
Edited time: September 09, 2013 20:47
Get short URL
AFP Photo / Ricardo Garcia Vilanovoa
Download video (24.47 MB)
Share on tumblr
Trends
Syria unrest Tags
Arms, Army, Conflict, Crime, Israel, Opposition, Paula Slier, Politics, Protest, Syria, Terrorism, Violence
A chemical attack may be launched on Israel by Syrian rebels from government-controlled territories as a "major provocation," multiple sources told RT.
The report comes as Russian Foreign Minister Sergey Lavrov proposed that Syria puts its chemical weapons arsenal under international control for subsequent destruction in order to prevent a possible military strike against the war-torn country.
Moscow also urged Syrian authorities to join the Organization for the Prohibition of Chemical Weapons. The offer has already been passed over to Syrian Foreign Minister Walid al-Muallem, who met Lavrov in Moscow for talks on Monday.
“We don’t know if Syria will accept the offer, but if imposing international control over chemical weapons stored in the country can help to avoid military strikes, we are immediately going to start working with Damascus,” Lavrov said.
The Syrian Foreign Ministry has welcomed Moscow's initiative, “based on the Syrian’s government care about the lives of our people and security of our country,” Muallem said later on Monday.
Meanwhile, US National Security Adviser Susan Rice made a statement saying that Damascus' alleged "use of chemical weapons against its own people" posed a threat to US national security. “The use of chemical weapons also directly threatens our closest ally in the region, Israel,” she said, speaking at the New America Foundation in Washington.

The statement was made shortly after RT published a report about the possibility of a chemical provocation.
A few hours earlier, US Secretary of State John Kerry said that to avoid a military operation, Syrian President Bashar Assad has a week to surrender control of “every single bit” of his stock of chemical weapons to the international community. “But he isn't about to do it and it can't be done,” he added, speaking at a media conference in London as he wrapped up his European tour in a move to garner support for the Obama-proposed “limited” strike against Syria.
The US Administration has blamed the Syrian government for the alleged chemical weapons attack in the Damascus suburbs on August 21. Washington has maintained it has the intelligence to prove it, but has so far refused to make public a single piece of concrete evidence that would link the Assad regime to the deadly incident.
On Sunday, the Senate Select Intelligence Committee released a series of 13 videos showing what is purported to be proof of chemical weapons use in Syria. The disturbing images of the victims of the alleged attack were earlier shown during a closed-door briefing to a group of senators, as Obama is trying to get authorization from Congress for the military strike on Syria. The administration told senators that the authenticity of the videos was verified by the intelligence community, reported CNN, which first aired the graphic material.
The videos depict scenes of convulsing children, men vomiting and struggling to breathe, and also what appeared to be dozens of dead bodies wrapped up in white sheets, lying side by side. But the footage still does not provide an answer to the question of who was behind the attack. The Syrian government and the opposition forces point the finger of blame at each other.
It also remains unclear as to why exactly President Assad would order a chemical attack at a time when a group of UN experts were carrying out an investigation in the country.
There is proof the footage of the alleged chemical attack in Syria was fabricated, Mother Agnes Mariam el-Salib, mother superior of the St. James Monastery in Qara, Syria, told RT. She added that she plans to submit her findings to the UN. 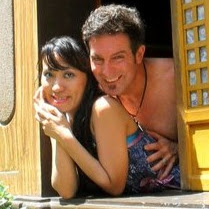 So much respect & gratitude the entire global community should bestow upon Russian FM Sergey Lavrov & Russian Pres. Vladimir Putin, for showing the political prowess & courage to seek a negotiated, political solution to the Syrian crisis & avoid the devastation of war!

Syria should never agree to disarm in any respect - Saddam Hussein did and the instant he had disarmed, that is when US boots on the ground showed up to wreak havoc -- slaughter a million Iraqis... created 4 million refugees. To this day, the US sponsors Al Qaeda to car bomb Iraq ostensibly because the government is too friendly to Iran. Your only hope against the US Mafia/corporate regime is WMD - more is better.

I can not really believe when somebody says that he/she wishes that the counterpart would be rather gassed to death. You stupid irrogant ppl pls wake up already and realise that it is not about culture/nationality/ religion/race but it is all about the preciousness of life itself.no matter who u wish to be dead instead pls realise it is still innocent ppl that would suffer the most. Wake up and stand up against the political elite behind all this hatred in your hearts. You have no one else to blame but yourself for believing in propaganda and not studying the facts yourself.
More comments

Authorization required for adding comments
Where to watch Schedule
Follow us

'CIA fabricated evidence to lure US into war with Syria' 18

Assad: US ‘should expect everything’ if it strikes Syria 66