An Obama Plot to Sabotage Trump? By Patrick J. Buchanan from LewRockwell.com

An Obama Plot to Sabotage Trump?


Devin Nunes just set the cat down among the pigeons.
Two days after FBI Director James Comey assured us there was no truth to President Trump’s tweet about being wiretapped by Barack Obama, the chairman of the House Intelligence Committee said Trump may have had more than just a small point.
The U.S. intelligence community, says Nunes, during surveillance of legitimate targets, picked up the names of Trump transition officials during surveillance of targets, “unmasked” their identity, and spread their names around, virtually assuring they would be leaked.
If true, this has the look and smell of a conspiracy to sabotage the Trump presidency, before it began.

Comey readily confirmed there was no evidence to back up the Trump tweet. But when it came to electronic surveillance of Trump and his campaign, Comey, somehow, could not comment on that.
Which raises the question: What is the real scandal here?

Is it that Russians hacked the DNC and John Podesta’s emails and handed them off to WikiLeaks? We have heard that since June.
Is it that Trump officials may have colluded with the Russians?
But former Director of National Intelligence James Clapper and ex-CIA Director Mike Morrell have both said they saw no evidence of this.
This March, Sen. Chris Coons walked back his stunning declaration about transcripts showing a Russia-Trump collusion, confessing, “I have no hard evidence of collusion.”
But if Clapper and Morrell saw no Russia-Trump collusion, what were they looking at during all those months to make them so conclude?
Was it “FBI transcripts,” as Sen. Coons blurted out?
If so, who intercepted and transcribed the conversations? If it was intel agencies engaged in surveillance, who authorized that? How extensive was it? Against whom? Is it still going on?
And if today, after eight months, the intel agencies cannot tell us whether or not any member of the Trump team colluded with the Russians, what does that say of their competence? 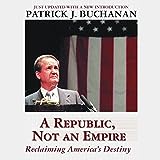 The real scandal, which the media regard as a diversion from the primary target, Trump, is that a Deep State conspiracy to bring down his presidency seems to have been put in place by Obamaites, and perhaps approved by Obama himself.
Consider. On Jan. 12, David Ignatius of the Washington Post wrote,
“According to a senior U.S. government official, (Gen. Michael) Flynn phoned Russian Ambassador Sergey Kislyak several times on Dec. 29, the day the Obama administration announced the expulsion of 35 Russian officials … What did Flynn say?”
Now, on Dec. 29, Flynn, national security adviser-designate, was not only doing his job calling the ambassador, he was a private citizen.
Why was he unmasked by U.S. intelligence?
Who is this “senior official” who dropped the dime on him? Could this official have known how many times Flynn spoke to Kislyak, yet not known what was said on the calls?
That is hard to believe. This looks like a contract hit by an anti-Trump agent in the intel community, using Ignatius to do the wet work.

Flynn was taken down. Did Comey turn his FBI loose to ferret out the felon who had unmasked Flynn and done him in? If not, why not?
In today’s Wall Street Journal, Dan Henninger points anew to a story in The New York Times of March 1 that began:
“In the Obama administration’s last days, some White House officials scrambled to spread information about Russian efforts to undermine the presidential election — and about possible contacts between associates of President-elect Trump and Russians — across the government.”
“This is what they did,” wrote Henninger, quoting the Times:
“At intelligence agencies, there was a push to process as much raw intelligence as possible into analyses, and to keep the reports at a relatively low classification level to ensure as wide a readership as possible across the government — and, in some cases, among European allies.”
For what benign purpose would U.S. intelligence agents spread secrets damaging to their own president — to foreign regimes? Is this not disloyalty? Is this not sedition?

On Jan. 12, writes Henninger, the Times “reported that Attorney General Loretta Lynch signed rules that let the National Security Agency disseminate ‘raw signals intelligence information’ to 16 other intelligence agencies.”
Astounding. The Obamaites seeded the U.S. and allied intel communities with IEDs to be detonated on Trump’s arrival. This is the scandal, not Trump telling Vlad to go find Hillary’s 30,000 missing emails.
We need to know who colluded with the Russians, if anyone did. But more critically, we need to unearth the deep state conspiracy to sabotage a presidency.
So far, the Russia-connection investigation has proven a dry hole. But an investigation into who in the FBI, CIA or NSA is unmasking U.S. citizens and criminally leaking information to a Trump-hating press to destroy a president they are sworn to serve could prove to be a gusher.
As for the reports of Lynch-White House involvement in this unfolding plot to damage and destroy Trump the real question is: What did Barack Obama know, and when did he know it?

The Best of Patrick J. Buchanan

Patrick J. Buchanan is co-founder and editor of The American Conservative. He is also the author of seven books, including Where the Right Went Wrong, and Churchill, Hitler, and the Unnecessary War. His latest book is Suicide of a Superpower: Will America Survive to 2025? See his website.
Copyright © 2017 Creators.com
Previous article by Patrick J. Buchanan: Did It Backfire on the Left?
Posted by Baldwin Templeton at 2:40 AM