Why You Must Eliminate Pesticides in Food When Treating Cancer (video) by Dr. Robert Scott Bell

In a hurry? Click here to read the Article Summary...

Video Transcript: Why You Must Eliminate Pesticides in Food When Treating Cancer

Ty Bollinger: Robert, talk about pesticides and cancer. One of the things that I have heard thus far from other doctors is that pesticides have an estrogenic effect on the body. Can you talk about that?
Dr. Robert Scott Bell: We talk about disrupting endocrine integrity; endocrine disruptors. Now, the hormonal system is a brilliant system. I mean you’re talking about substances that can be found in your body at parts per million, parts per billion, parts per 150 billion. That’s not a lot compared to everything else in your body. Yet, you put these pesticides in there, some of them will outright destroy a hormone, for instance, on contact.
But in many ways some of them are mimicking, because that’s the way they work in the natural world to disrupt the insect reproductive system and such. So we have that larger effect in the macro environment or in our environment. And when we alter the endocrine function, we disrupt normal metabolic processes that keep us young and functioning and vital.
This also relates to enzymes because these pesticides, as well as being endocrine disruptors, they destroy the enzymes that are the essential tools of life. That also are found in the body at very minute levels relative to the entire content of the body’s liquid mineral content. And so at parts per million these pesticides not only disrupt the endocrine integrity, but destroy enzymes and our ability to break things down and bind things out.
So it’s a corruption, a vicious corruption. Not only of the food supply, but our own functional integrity that gives rise to the very cancers that we’re trying to prevent. Which is again why I say you’ve got to clean up what goes into your body. You cannot subsist on pesticide-laden foods and overcome cancer ultimately.
Ty Bollinger: All the more reason to go organic if possible.
Dr. Robert Scott Bell: Yes.

Click here now to conquer the fear, and find out what you really need to know.
←
Previous
Hormone Replacement Therapy (HRT) & Breast Cancer: What You Need to Know
→
Next
New Cancer Drug Illustrates Ineffectiveness of Mainstream Cancer Treatment 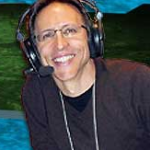 Six days a week Robert Scott Bell empowers his listeners with healing principles that can aid in physical, emotional, mental, spiritual, economic and yes even political healing! Robert hosts the fastest two hours of healing information on radio, dealing with everyday health issues from the perspective of alternative/holistic health care. Robert Scott Bell tackles the tough issues and shows no fear when confronting government and corporate bullies who would stand in the way of health freedom. You will be amazed by the amount of information about healing that is kept secret from you and what you can do to learn more about it! Robert Scott Bell is a homeopathic practitioner with a passion for health and healing unmatched by anybody on radio. He personally overcame numerous chronic diseases using natural healing principles and has dedica
Posted by Baldwin Templeton at 11:14 AM