CDC Puts Doctors on Alert for Bubonic Plague in U.S. 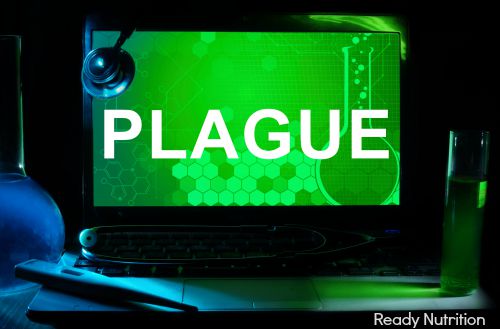 Since April 2015, eleven cases of plague have been recorded in the U.S., and three people have died leaving the CDC no other recourse but to issue a warning to alert doctors of potential cases that may arise.

There is a “Heightened Risk”

“It is unclear why the number of cases in 2015 is higher than usual,” the Centers for Disease Control and Prevention says. Many of the cases are occurring in rural and semi-rural areas in the western United States. The report lists two cases in Arizona, one in California, four in Colorado, one in Georgia, two in New Mexico and one in Oregon. The cases in California and Georgia have been linked to areas in or near Yosemite National Park in the southern Sierra Nevada. Dr. Natalie Kwit of the CDC emphasizes, “We don’t want people to panic but we do want them to be aware of the heightened risk.” 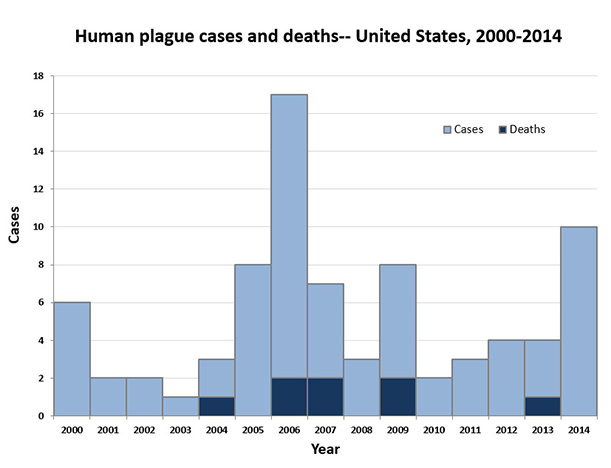 The CDC has recorded 1006 confirmed or probable human plague cases occurred in the United States between 1900 and 2012. Over 80% of United States plague cases have been the bubonic form. The plague is a rare and dangerous disease caused by the bacterium, Yersinia pestis and passed from humans by infected fleas and rodents typically in the wild. Many may remember how the Black Death killed around 30–60 percent of the population in Europe. These days, the bacteria is typically treated with antibiotics. With many antibiotic resistance strains of bacterias occurring, this begs the question. Will this plague rampantly spread like it once did?

Types of Plague to Look Out For

“Health care providers should consider the diagnosis of plague in any patient with compatible signs or symptoms, residence or travel in the western United States, and recent proximity to rodent habitats or direct contact with rodents or ill domestic animals,” the CDC says in its report.
Although the bubonic plague is the most common form that occurs in the United States, there are three types of the plague to be aware of.

Bubonic plague: Patients develop sudden onset of fever, headache, chills, and weakness and one or more swollen, tender and painful lymph nodes (called buboes). This form usually results from the bite of an infected flea. The bacteria multiply in the lymph node closest to where the bacteria entered the human body. If the patient is not treated with the appropriate antibiotics, the bacteria can spread to other parts of the body.
Septicemic plague: Patients develop fever, chills, extreme weakness, abdominal pain, shock, and possibly bleeding into the skin and other organs. Skin and other tissues may turn black and die, especially on fingers, toes, and the nose. Septicemic plague can occur as the first symptom of plague, or may develop from untreated bubonic plague. This form results from bites of infected fleas or from handling an infected animal.
Pneumonic plague: Patients develop fever, headache, weakness, and a rapidly developing pneumonia with shortness of breath, chest pain, cough, and sometimes bloody or watery mucous. Pneumonic plague may develop from inhaling infectious droplets or may develop from untreated bubonic or septicemic plague after the bacteria spread to the lungs. The pneumonia may cause respiratory failure and shock. Pneumonic plague is the most serious form of the disease and is the only form of plague that can be spread from person to person (by infectious droplets).

How to Prevent the Bubonic Plague

Although the government is closely monitoring the situation, California is actually mapping where the plague is occurring in the state. It is important to note that there is no vaccination of this illness. In the past, many relied on four thieves oil to naturally protect them from this disease, however prevention is the best recourse.
Follow these tips from the CDC:


How to Prepare for These Type of Diseases

Although the bubonic plague is a relatively rare occurrence, it only emphasizes the need to be prepared. Ensure that you have these items on hand in order to prepare for pandemic-like disasters.

Tess Pennington is the author of The Prepper’s Blueprint, a comprehensive guide that uses real-life scenarios to help you prepare for any disaster. Because a crisis rarely stops with a triggering event the aftermath can spiral, having the capacity to cripple our normal ways of life. The well-rounded, multi-layered approach outlined in the Blueprint helps you make sense of a wide array of preparedness concepts through easily digestible action items and supply lists.
Tess is also the author of the highly rated Prepper’s Cookbook, which helps you to create a plan for stocking, organizing and maintaining a proper emergency food supply and includes over 300 recipes for nutritious, delicious, life-saving meals.
Visit her web site at ReadyNutrition.com for an extensive compilation of free information on preparedness, homesteading, and healthy living.

This information has been made available by Ready Nutrition
Originally published August 26th, 2015
If you found this article useful, please Vote for Ready Nutrition as a top prepper web site.
Posted by Baldwin Templeton at 2:42 AM