The First Amendment and Censorship

Alex Jones has returned to the center of the free speech debate with a vengeance. It is vitally important to dig into the fine details of why the major social media and content sites suspended and then banned him. All sides of the arguments contain evidence of hidden motives and agendas.
At first glance, this whole episode seems to somewhat mirror the efforts of the anti-Trump forces (#Resistance) to connect him to the Alt-Right, neo-Nazis and (staged) anti-Semites as they did in Charlottesville. None of their varied attempts to do this have worked mainly because the rank and file Trump / Jones supporters are mainstream non-radical conservatives who see through the ruse. Trump has cozied up to Jones and attempts to make this an issue are ongoing. 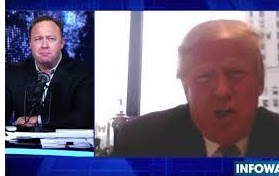 If the Dems / Left / deep state is successful in smothering Jone's audience with some underhanded censorship, it could impact to some degree the midterm elections and help render Trump's remaining tenure a nightmare if Republicans lose their total control of Congress. We will probably see many more similar attempts like this before November.
Facebook and YouTube (Google) proved their allegiance to the Left in the 2016 election cycle. There is no doubt that they censor conservative content, much the same as it is censored in academia. They created the platform for Jones to amass his audience and now face a torrent of protest from all sides over what they all produced. They have no choice but to invoke some sort of controls which has no good outcome. Jones' threats on Mueller paved the way, but double-standards and bias confound all. They've helped to create the tarnished martyr Alex Jones. 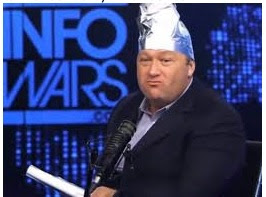 We should support Jones' right to say what he pleases, but be wary of the true motivations behind his message. He is basically a sensationalist where content rules over ethical and legal judgment. His over-the-top antics are a large part of his success. He has tapped into a vast chasm of populist discontent in advancing the cause of anti-globalists, but supporting him should be enclosed in well-defined parameters of constitutionality and the First Amendment. We can support his right to free speech and also tune him out.
A quick read of the Fontaine lawsuit confirms much of the general skepticism of Jones. He settled in favor of Chobani, and ongoing suits including Marcell Fontaine and Brennan Gilmore, where, at first glance, Jones appears to be completely irresponsible. See link to lawsuit pdf below. Reports of six more lawsuits abound.
Jones' reported Muslim bashing is completely antithetical to the reality that Islamophobia is a hoax spawned from the false flag 9/11 nuclear demolition of the WTC, which itself was the seminal event transitioning the world from the Cold War to the War on Terror. US, British, Saudi and Israeli conspirators are the progenitors of this horror, not Muslims.
The terrorism meme is far more about enabling state surveillance. The Patriot Act was signed into law with weeks of 9/11 because the emotional fear generated out of that was required to get it passed. Mass surveillance has been a part of our lives ever since. Censorship is routinely used to shut down anyone exposing all these correlates. Alex Jones did contribute to this unveiling.
Cultural Marxism and the deep state
But there's a deeper layer that Jones occasionally alludes to but inconsistently promulgates, that being Cultural Marxism (CM). It is at the core of this censorship debate. It receives rare press review and is branded the usual 'conspiracy theory' status. It's the grand underlying scheme that targets the traditional family and white nationalist males among a long list of like concepts. It disingenuously foists fringe groups like LGBTQ to the fore and takes advantage of ordinary citizen's fears of being branded a racist or misogynist to exact cultural change. In this case, the methodology is gradualism and subversion of the system through infiltration rather than confrontation and revolution.
The Democratic Party is infused with this ideology. They have lost power and are pulling out all stops to regain it. Its Political Correctness wing is somewhat familiar, but recent illegal activities (Fisagate) and this full-bore double-standard censorship is a new development and a sign of desperation.
There is a political path in a route to power which CM is an unseen member, that can be described with a succession of "isms", that being Fabianism, Socialism, Communism, American Left, Liberals, British Labour, and the American Democratic Party. Upon Googling this string, Wikipedia's 'American Left' page is found at the top of the search results. CM should be in this list, but it is not because of its Jewish roots and inherent clandestine character. Left theoreticians consider it a 'conspiracy theory' aligned with the Protocols of the Learned Elders of Zion.
Because of its Jewish roots, the coverage of Cultural Marxism within the Democratic party is a taboo subject in all the major MSM publications and a search on "cultural marxism" or "new left" on Democrats.org results in 0, nothing. but some second tier outlets will entertain it but most with a soft pedal.
There is one relatively mainstream Medium website article entitled: 'Cultural Marxism, How this idea is destroying the Democratic Party'. The pertinent paragraph is:

"There was a need for societal reform. Cultural Marxism did provide a vehicle for this. However, the need for cultural Marxism should HAVE ENDED when equality was reached. The seminal moment of the election of Obama should have been the end of the progressive movement. Instead, the Democratic Party has doubled-down on cultural Marxist ideals and now is more in the game for retribution than equality".

That retribution is the 'Saul Alinsky' effect. He was an important proponent of Cultural Marxism and a mentor to Hillary Clinton. All major university social science departments are bastions of Cultural Marxism hiding behind monikers like Critical Theory, Queer Theory, Feminist Studies, Black Studies and the majority of professors in these fields are either Jewish or Jewish apologists.

These social science departments strictly censor any mention of 9/11 Truth, JFK assassination or Holocaust examination. Any attempt leads to immediate career destruction because they all can be traced back to Israel if closely examined. 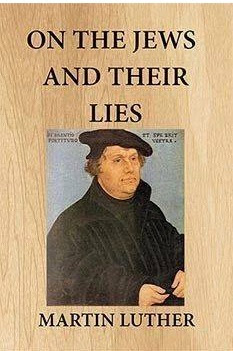 The list is long and telling and needs to be reiterated. It begins historically with the well-documented Jewish dominance of the African slave trade, the American Revolution (Rothschild Zionists funded British Crown mercenaries), War of 1812 (correlation between closing of [First] Bank of US and Rothschild funding of the war), Rothschild banks funded both sides of Civil War (see Belmont, Erlangers), Lincoln assassinated because of Greenbacks, Garfield assassinated in 1881 for warning about Jewish banks, JP Morgan engineered Panic of 1907 that led to Aldrich's Federal Reserve Act of 1913, WWI (1914) could not happen without fiat finance of that Act, JP Morgan (Rothschild controlled) engineered 1929 panic leading to Great Depression, NY Jewish bankers (Schiff) financed Bolshevik Revolution and industrialization of Soviet Union, bribed Wilson into entering WWI, Jews instrumental in creating Treaty of Versailles that led to WWII, Jews controlled the NAACP for decades for PR purposes, Lyndon Johnson (Jewish mother) and Israel complicit in JFK assassination to continue Vietnam War and their nuclear weapons program,  Israeli spies including the Rosenbergs (nuclear weapons secrets to Soviet Union) and Jonathan Pollard (US secrets for Jewish emigration from Russia)are the most infamous among dozens, Malkin (Jew) leader of banking cabal in Savings & Loan scandal), Jews created the Las Vegas gambling empires, Jews have a secret relationship with Saudi Arabia to control ME oil, Jews were leaders of LTCM scandal, they did 9/11 and its attendant and contrived Islamophia, Jewish controlled banks engineered 2008 housing meltdown.
To minimize Jewish influence on American history is a bald-faced lie. To suspect its influence today is prudent. What is mentioned above is mostly concerned with military and financial concepts, where CM is obviously cultural but no less important. Another list could be developed from this perspective.
Smut peddling began in the late 19th century with Jewish books being the first. In the 1970s, according to the DoJ, Reuben Sturman controlled the entire US adult bookstore industry with over 200 shops. Linked to Sturman is Jew Steven Hirsch who modernized the industry. Then Al Goldstein's Screw Mag entered the picture. Introduced was the view by some porn stars viewed themselves as frontline fighters in the spiritual battle between Christian America and secular humanism. Their aim was to defile the authoritarian Christian culture much the same as CM's nihilism seeks to destroy Western culture in order to rebuild it under Jewish control. This was all earlier manifested in Weimar Germany with the attendant Christian backlash to the Jewish subversion of their society. Fast forward to Stephen Cohen's Sex.com, according to Reuters is worth $250 million. All this is just the tip of the iceberg. The liquor (Annheiser-Busch created by Jews, in 1916 80% of National Liquor Dealers Association members were Jews) and gambling industries (Adelson) were started and now dominated by Jews. Funk & Wagnalls: in 1916 85% of tobacco industry controlled by Jews. Until the last few years, Tel Aviv was a world center of human and organ trafficking. Catholic priest sexual abuse is matched by Rabbis but this news is buried. Volumes could be written on these subjects. We are dealing with the most egregious political and moral disease of humankind. Like no other group of peoples, they have been expelled from well over 100 countries. History will continue to repeat itself until we wake up.
The latest attempt to remove Trump from power has been dubbed Fisagate, where the Liberal / deep state has weaponized US intelligence agencies, Dept of State and the Dept of Justice to exonerate Hillary Clinton and frame Donald Trump in order to impeach him. This makes this censorship of Alex Jones incident or Charlottesville look like childs play, but they fit the pattern is clear and they fit historically into the above list of horrendous black ops. We have to wonder who and what's next if they don't attain their goals.
Sources:
newsfollowup.com/cultural_marxism_multiculturalism_political_correctness_9-11_truth_frankfurt_jews_capitalism_hoax.html
https://www.courthousenews.com/wp-content/uploads/2018/04/Infowars.pdf
https://en.wikipedia.org/wiki/American_Left
https://medium.com/@JakeHighwell/cultural-marxism-how-this-ideology-is-destroying-the-democratic-party-edb230d34d94
https://www.americanthinker.com/articles/2015/08/the_quiet_revolution_how_the_new_left_took_over_the_democratic_party_.html
http://www.marylandthursdaymeeting.com/Archives/SpecialWebDocuments/Cultural.Marxism.htm
https://www.haaretz.com/us-news/remember-when-donald-trump-appeared-on-alex-jones-infowars-1.5443723
https://4thgenwar.wordpress.com/2016/07/03/trump-meets-man-who-inspired-2011-terror-attack-deadlier-than-orlando-shooting/
http://dailycaller.com/2016/09/29/cultural-marxism-is-destroying-america/
http://destoryculturalmarxism.blogspot.com/2013/01/what-is-cultural-marxism.html
https://www.zerohedge.com/news/2016-08-12/birth-cultural-marxism-how-frankfurt-school-changed-america
http://dailycaller.com/2016/09/29/cultural-marxism-is-destroying-america/
https://theconservativetreehouse.com/2015/06/23/just-like-obama-valerie-jarretts-family-investigated-by-fbi-for-communist-ties-fbi-files-included/
https://www.timesofisrael.com/final-text-of-jewish-nation-state-bill-set-to-become-law/
http://www.returnofkings.com/page/6?s=cultural+marxism
https://newsroom.fb.com/news/2018/08/enforcing-our-community-standards/
https://www.vox.com/2018/8/6/17655658/alex-jones-facebook-youtube-conspiracy-theories
https://www.wired.com/story/facebook-youtube-ban-infowars-but-invite-new-headaches/
http://www.atlanticcouncil.org/blogs/ukrainealert/will-facebook-finally-fight-disinformation-or-just-make-things-worse
http://www.jrbooksonline.com/intl_jew_full_version/ij62.htm How Jews Gained American Liquor Control
https://en.wikipedia.org/wiki/New_World_Order_(conspiracy_theory)

Stephen Francis is the author of NewsFollowUp.com established in 2002, he is a graduate of the University of Illinois with a BA in Sociology. He was an in-uniform Vietnam War protestor jailed for disobeying direct orders in a 1969 Veteran's Day protest. He has been a facilitator and speaker at a number of 9/11 Truth and Academic Freedom conferences since 2014. New in-progress projects include the creation of a 'conspiracy theory' MySQL database with cryptocurrency, bounty, and fundraising features attached to the domain name ConspiracyCoin.io.
Posted by Jim Fetzer at 7:25 PM 0 comments
Posted by Baldwin Templeton at 2:52 AM