Do NOT Let Them Make A Saint Of This Creep

Do NOT Let Them Make A Saint Of This Creep

By Caitlin Johnstone
CaitlinJohnstone.com
“Our strategy should be not only to confront empire, but to lay siege to it. To deprive it of oxygen. To shame it. To mock it. With our art, our music, our literature, our stubbornness, our joy, our
brilliance, our sheer relentlessness – and our ability to tell our own stories. Stories that are different from the ones we’re being brainwashed to believe.” ~ Arundhati Roy
John McCain’s family has announced that the Arizona Senator has opted to end treatment for brain cancer and live out his final few days in peace, presumably under the best hospice care money can buy. And I sincerely hope that it is peaceful. My statements about my desire for John McCain to shuffle off this mortal coil sooner rather than later have been highly publicized, and I stand by all of them, but I don’t wish him a painful or agitated end.
And, also, I am going to keep hammering on how very important it is that we refuse to bow to the aggressive demands from establishment loyalists that we be respectful of this warmongering psychopath and his blood-soaked legacy.
McCain is at the top of the trends list on Twitter in the US as I write this, and clicking on his name brings up countless blue-checkmarked establishment loyalists from both sides of the imaginary partisan divide sternly admonishing us all to put aside our differences and show reverence for this brave, noble hero in his final days. They are using guilt, sympathy and patriotism to bully their followers into showing reverence for a man who has dedicated his entire political career to facilitating the violent slaughter of human beings at every opportunity, and in so doing they are sanctifying his legacy. 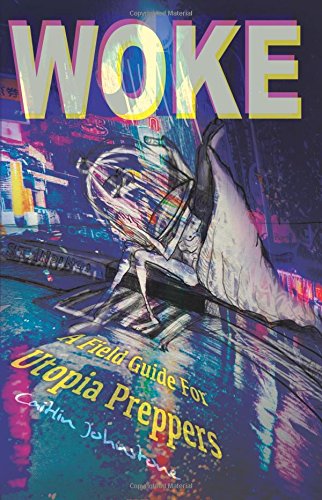 One of the most aggressively protected narratives in corporate liberal circles is that John McCain is a hero whose very name should be uttered with the greatest reverence. It gets traction with rank-and-file Democrats because supporting McCain for his opposition to Trump allows them to feel as though they are non-partisan free thinkers, in exactly the same way Trump supporters believe their hatred of McCain makes them non-partisan free thinkers. In reality, McCain is just one of the many bloodthirsty neocons like Bill Kristol and Max Boot who have aligned themselves with the Democratic party in recent years in order to better advance their warmongering agendas.
It is those agendas that are being promoted with the hero worship of John McCain. By committing the outrageous heresy of mocking, ridiculing and scorning that sacred cow, we are fighting the attempts of the empire loyalists and war propagandists to normalize and sanctify the act of inflicting neoconservative military bloodbaths upon innocent people around the world.
If you want to see a world with more and more John McCains, with more and more US wars of aggression and regime change interventionism, then by all means play right along with his public beatification. If you want to see a world where neoconservative war whores are treated with the revulsion, disdain and rejection they deserve, then now is your chance to help create that world. Refuse to be shamed and guilted into polite silence and move in the exact opposite direction from where the establishment shepherds are herding you.
You don’t have to be as brash about it as I am if that’s not your cup of tea. But now, while they are telling us that we are not permitted to speak about McCain’s unforgivable record of facilitating military bloodshed in Iraq, Syria, Libya and elsewhere, it is precisely the time to speak. By publicly disrupting the narrative of McCain’s sanctification, we make it harder for the war propagandists to manufacture consent for more war. It really is that simple.
So just look at the emotional environment that the empire lackeys are trying to create, and create the exact opposite, loudly and without apology. Fight the seriousness and solemnity with mockery and ridicule. Fight the reverence and hero worship with irreverence. The more people see this being done, the harder it will be to shame and bully everyone into playing along with the normalization and celebration of a career that is drenched in the blood of children. By making it clear in the most irreverent ways possible that you are happy to see McCain go, you are giving others permission to step outside of the lines they’re being herded into, and you are helping to create a world where murderous warmongers are marginalized instead of celebrated.
You will be told that you do not have permission to say such things. You have permission to say such things. You will be told that you are being impolite to John McCain’s family. The families of mass murderers are not entitled to our politeness. You will be told that you are making yourself look bad. Creating a world where neoconservative war whores experience an appropriate amount of rejection is more important than looking good. Kill their propaganda narratives with mockery and irreverence and help usher in a new world where it is no longer considered okay to be a psychopathic neocon.
Let death get its wish. Let death die so that life may live. So long, John McCain, you despicable death cultist. I wish you and everyone like you a peaceful, painless, permanent end.
_________________________
The best way to get around the internet censors and make sure you see the stuff I publish is to subscribe to the mailing list for my website, which will get you an email notification for everything I publish. My articles are entirely reader-supported, so if you enjoyed this piece please consider sharing it around, liking me on Facebook, following my antics on Twitter, checking out my podcast, throwing some money into my hat on Patreon or Paypal, or buying my book Woke: A Field Guide for Utopia Preppers.
Reprinted from CaitlinJohnstone.com.