Eastern European Oligarchs Are Gambling with Their Captive Countries’ Future

Featured image: Plahotniuk visiting Uncle Sam
A few days ago, former Romanian President Traian Basescu unveiled some explosive border-changing designs that the mainstream press has completely ignored. Known for his penchant for
making bombastic statements, this time around Basescu literally outdid himself by announcing that, together with a few other deputies, he is planning to introduce in the Romanian parliament a resolution calling for “renunciation of the Ribbentrop – Molotov pact and derecognition of its consequences.”
The ideological wheeler-dealer Basescu, suspected of secret police ties under the Ceausescu regime who after its downfall was miraculously catapulted into ministerial positions under the new dispensation and subsequently served as mayor of Bucharest and Romania’s President, should not be taken lightly. The former Securitate asset is now a leading right-wing nationalist politician in NATO Rumania, with a cleaned up biography, and his statements and ambitions reflect the position of an influential political power bloc in Rumania.
Basesku’s demand for the restoration of Rumania’s “pre June 26 1940 borders,” which is what the initiative presented to parliament as the rejection of the consequences of the Ribbentrop – Molotov Pact amounts to, if adopted as official policy, is bound to have tectonic geopolitical repercussions in the region, unsettling established borders and raising tensions severely. In 1940, be it remembered, Hitler forced Romania to cede considerable portions of its territory to satisfy more favored Axis allies such as Hungary and Bulgaria, while the non-aggression pact with the USSR contained a secret clause for Romania to return to USSR former czarist provinces of Moldavia (now known as the Republic of Moldova), Bessarabia, and Northern Bukovina. The pro-nazi Romanian leadership was promised not just the restoration of these territories after the impending German attack on the USSR, but further compensation to the east at Russia’s expense if Romania participated enthusiastically in the planned Axis campaign initiate in June 1941. It did, and it briefly occupied Soviet territory up to Odessa (now Ukraine) and beyond. But that party lasted only until 1944, when the Soviets expelled all Axis forces from those regions.
That is history, of course. But the question that stands today is why is Basesku opening this can of warms, who put him up to it, and whose geopolitical objectives does the new round of turmoil it portends serve? As Russian-Ukrainian political analyst Rostislav Ishchenko sensibly points out, Basesku’s demagogic appeal for border revision could hardly be confined solely to Romania’s aspirations. What is to prevent Hungary from demanding the return of Hungarian-majority Romanian province of Bessarabia? Why shouldn’t Poland demand the return of large portions of Western Ukraine and even some parts of Lithuania which have undeniable historical links to the Polish state? Not to mention that a strong and revisionist Germany could then demand the return of its eastern provinces of Silesia and Pomerania, which had to be relinquished to Poland as victor’s spoils at the end of World War II? Not to overlook that Bulgaria could then comfortably revive its claims on eastern Macedonia (under whatever name). The dangerous international border-altering precedent set by Kosovo in 1999, and driven home with NATO Alliance’s benediction of its “independence” in 2008, may now come to haunt the wretched lands of Eastern Europe with full force.
So who is Romanian politician Traian Basescu, the public author of these potentially disastrous schemes and who might be his handlers? The usually convenient source, Wikipedia, gives us some edifying clues:


“Băsescu has focused on a strong strategic partnership with the United States, a relationship which, during the 2004 presidential campaign, he called the ‘Bucharest-London-Washington axis.’ In real terms, this meant a continued commitment to maintain Romanian troops in Afghanistan and a smaller contingent in Iraq, and an agreement signed in December 2005 between Romania and the U.S. to allow U.S. troops to use a Romanian military facility (Mihail Kogălniceanu International Airport). Băsescu is singled out in a report by Dick Marty, an investigator of the Council of Europe, on illegal activities of the US CIA in Europe, as one of the persons who authorized, or at least knew about, and must stand accountable for the black site at the Mihail Kogălniceanu military base from 2003 to 2005.”

These are some heavy pointers on whose behalf this actor is acting, most astute readers will agree.
Switching now to Moldova, an entity with strong historic and ethnic ties to both Russia and Romania, “Carnegie Endowment’s” Slovakia-based Eastern European expert Balash Yarabik has recently come up with some very interesting thoughts on the general subject under consideration. Hinting that the “orange revolution” era may be drawing to a close he stated that “the direction of our relationship with Lukashenko has now changed — we have come to realize that at this point in Eastern Europe governance has become a factor of extraordinary importance.” 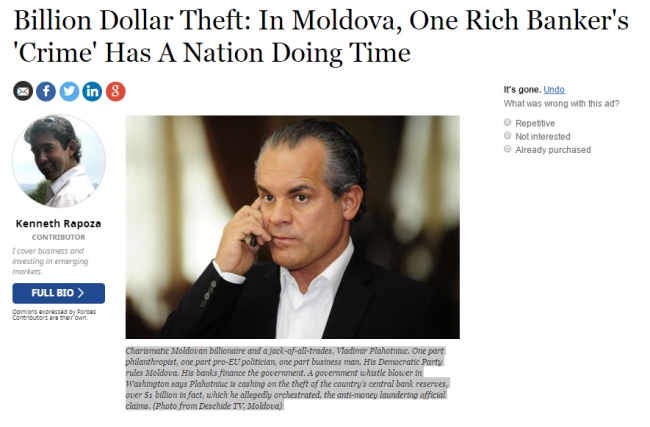 Yarabik pointed out that the West is hugely disappointed with the results of the dashed hopes misplaced in the Ukraine’s reformers. The “reforms” never got off the ground, he said, mainly because of the obstruction of the “orange revolutionaries” themselves, with political chaos ensuing instead.
It seems that the stark difference between staging a revolution and governing a country is finally beginning to dawn on those who until recently were in the forefront of the former and gave little thought to the latter. Indeed, the Ukraine is a textbook example of this distinction.
Significantly, Yarabik points out a virtue of the oft-maligned Belarus regime that is otherwise rarely noted in the West:


“It is difficult to reach an agreement with Belarus, but once reached it is implemented. With the Ukraine, reaching agreement is easy, but then nothing happens. Right now, the Ukraine is a captured state under the control of oligarchs who obstruct the implementation of the international agreements signed by the Ukrainian government.”