By G.C. Dilsaver
The POTUS chastised the NFL for disrespecting the flag and the NFL Commish chastised the POTUS for a “lack of respect for the NFL, our great game and all of our players, and a failure to
understand the overwhelming force for good our clubs and players represent in our communities.” Thus, the jingoistic USA in demanding that we respect the sacred flag and nationalism gets crossed up with the narcissistic NFL in its demand that we respect the sacred sport of football and athleticism. Spectator sport indeed! as one roots for an increase in internecine fighting within the totalitarian powers that be. For both sports and nationalism go hand-in-hand.
Organized sports, be they participatory or spectatorial, are especially powerful transmitter of the Total State’s propaganda due to their being both entertaining and participatory. Sports as well is a cause that elicits an energetic allegiance and loyalty that squanders and perverts  (especially a male’s) the innate piety that is to be given only to the family and God. Sports fosters blind allegiance to a team; a my team (country) right or wrong mentality. So too, sports inculcate the belief that life is a level playing field, where rules are made up by decree. This is legal positivism, which is the life blood of the Total State, as opposed to God-given natural law, which is the nemesis of the Total State.
Organized sports, especially team sports, thus indoctrinates a person to be an obedient citizen of the Total State; a Total State that decides by positivistic decree what is right and wrong; that forces its citizens to think within its box of what is politically correct; that dictates to its citizens the very parameters of acceptable reality; that demands that its citizens unquestionably accept its designated enemies as enemies indeed; that requires its citizens to see the Total State as infallible because (worse than “my country right or wrong”) “the State is right, period!” Sports is also a means of propagandizing, not the least of which is in the promotion of nationalism and war. From 2012 to 2015 alone, the United States government spent $53 million “on marketing and advertising contracts with sports teams.” (Tackling Paid Patriotism, a senate report by McCain & Flake, 2015.) So the adolescent male thinks to himself, “OK. Maybe I can’t be a football hero, but I can be an American hero by merely signing on the dotted line.”
Time to buy old US gold coins
But those of goodwill needn’t acquiesce to the Total State/total sports mentality, nor need they allow their children to be indoctrinated in it. Young men should not don glitzy uniforms, be they bright jerseys or dress blues, in order to be a small, expendable part in the power curve of the team or the platoon. Rather they should don dingy flannel shirts and blue jeans, in order to traverse field and stream and stand apart from the powers that be. Indeed, contrary to  propagandized popular belief, the best formation of men, as well as of warriors, is not accomplished in artificial perfect playing fields and surrealistic sports stadiums but rather in nature’s beautifully vicissitudal hills and gullies, mountains and valleys. While organized sports are ordered toward self-aggrandizement and narcissism, sports afield facilitates humility. Organized sports are egocentric, focusing on either “me” or “us.” Sports afield are nature-centric, focusing on the tree or rock the boy is climbing, or the deer or coyote he is stalking. Yes, sports afield also has the added benefit of schooling one in the art of the second amendment. 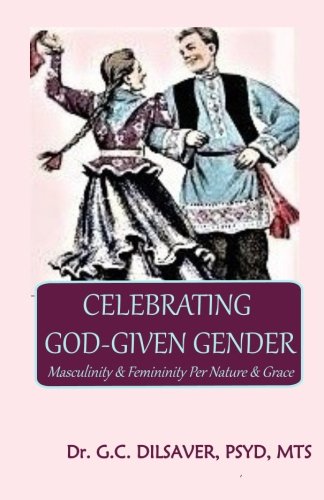 Indeed, who are best formed to be morally courageous men and true warriors? Is it they who feel their side is in the right just because they wear the same uniform. Is it they who will march without loosing a goosestep onto the battlefield?  Is it they who will blindly follow orders at the mere behest of their commander who has now replaced their erstwhile coach? Or rather is it they who are able to think outside the box of peer and status quo pressure, outside the playing field, outside of false nationalism? Is it they who will with eyes and heart wide open forgo false allegiance to sports team or State, and champion instead the cause of their faith and family, even if this means fighting those blindly propagandized forces of their own nation?
Surely adolescent formation, where sports participation is at its height, should not be about “belonging” or conforming to peer pressure or about allegiance to one’s school, friends, or teammates. Rather adolescence should be about allegiance to faith and family, even when that allegiance means going against one’s peers and culture! Parents today should emphatically exhort their young men (and sadly young women too, see below) to have nothing to do with today’s sports-craze or with today’s crazed-military!
Young men should be forewarned against the squandering of their idealism and piety. Instead they should be encouraged to know, cultivate, and hunt their land; from the heights of its mountains to the depths of its valleys. These young men should be encouraged to become true patriots by loving and defending their faith and families, their womenfolk and children, their people! Such young men dedicated to building up and establishing such lands and such families will, with the grace of God, bring about the beginnings of a new and unquashable land of God-fearing liberty.
And yes, unfortunately, the ladies are not to be forgotten. Indeed,the intersection of participatory sports and spectator sports has finally made possible the great, unconscionable obscenity of women in combat.  Since the Total State’s enactment of Title IX of the Civil Rights Act, girl’s participation in high school athletics has risen from a nationwide 300,000 in 1971 to 2.4 million in 1996! This is a stark example of successful State mandated social—actually familial and gender—re-engineering. (This example of Total State social re-engineering has only been match in recent times by the spread of the now all pervasive mental health system, and two other State advanced feministic mega-trends: the rise in both abortions and working mothers.) The final fruit wrought by this Title IX social engineering is the inclusion of girls in the ranks of athletic teams is their inclusion in the ranks of combat teams. By seeking to instill in girls aggression and a “playing with abandon”—that is to play not like girls, but like boys—the State hopes to destroy the peaceful feminine qualities of gentleness and sweetness, and the reserved, modest comportment appropriate to womanhood and the maternal vocation.
Most sports are inherently combative. They are territorial, fighting over ground or a ball, and mimic the dynamics of combat. In regards to British military success it was supposedly said that “the battle of Waterloo was won in the playing fields of Eton,” and it can certainly be said that the acceptance of women as military combatants was won on the playing fields of little league soccer. The wholesale acceptance of girls’ soccer and co-ed soccer is an example of the implementation of the nationalistic/feministic State agenda promulgated by the mass-media’s force feeding of women’s athletics. Soccer is a combative sport, from it both rugby and American football are derived. Witness boys and girls playing together in the co-ed little leagues: the boys are forced to restrain themselves, to play more like girls, and the girls are forced to abandon their reserve and attempt to play like boys. Thus in a large part via sports the Total State’s fulfills its demonic desire to eviscerate the family by cutting out its feminine heart and cutting off its masculine head so that there is nothing else to live or die for save the Total State’s own omnipotent self.
In addition to participatory, the Total State uses corporate spectator sports to habit it populace to an irrational fanaticism that rises to the level of mass hysteria, thus conditioning that populace for mass-propaganda and totalitarian enslavement. Sports has become the toxic glue of families, friends, and communities, supplanting the true cohesion of religion and ideals. Sports has usurped not only the family and religion, but even the Lord’s day, making Sunday not a holy day but a super sports day. May all people of goodwill who seek the absolute freedom to do their duty to God stand up more and more against the “team mentality.” May they accept—indeed embrace—that they are not part of the team of the West’s Total State/total sports milieu; but rather pariahs in a perverse popular culture who march to the beat of a different drum, to the courageous cadence of natural law and faith and family.

The Best of G.C. Dilsaver
Dr. Gregory C. Dilsaver [send him mail] who according to the Catholic University of America and others is the “father of Christian psychology,” has since repudiated what he deems to be the inherently flawed and dangerously failing mental health profession and developed the unique discipline of Psychomoralitics as the antidotal alternative to that profession. His new book, Celebrating God-Given Gender: Masculinity & Femininity per Nature & Grace has just been released.

Copyright © 2017 G.C. Dilsaver
Previous article by G.C. Dilsaver: A King of Men Downed by Barney Fifes
Posted by Baldwin Templeton at 5:47 AM