VISIT MY NEW WEB SITE:
stephenlendman.org
(Home – Stephen Lendman).
Contact at lendmanstephen@sbcglobal.net.
Both countries supply Riyadh with billions of dollars worth of weapons and munitions annually – fueling its killing machine, including by training its personnel.

Pentagon contractors are involved, cashing in on Saudi wealth. San Diego-based Kratos Defense & Security Solutions will be the prime contractor involved in training Riyadh’s navy.
The kingdom requested continuation of a naval training program inside and outside the country – so its naval forces can carry out missions in Yemen and elsewhere, massacring civilians, blockading the country.
Under the United States Military Training Mission to Saudi Arabia, USMTM trains, advises and assists the kingdom’s armed forces, including through military exercises and related activities.
USMTM is a joint US army, navy, air force and marine corps joint command, an extensive arrangement with the kingdom since the 1950s – under the 1951 Mutual Defense Assistance Agreement and later USMTM agreement.
It’s a fundamental component of the US/Saudi military relationship – negotiated by Franklin Roosevelt and Saudi king Abdul Aziz.
According to London’s Daily Mail, Britain is secretly training Saudi’s military, aiding its genocidal war in Yemen. 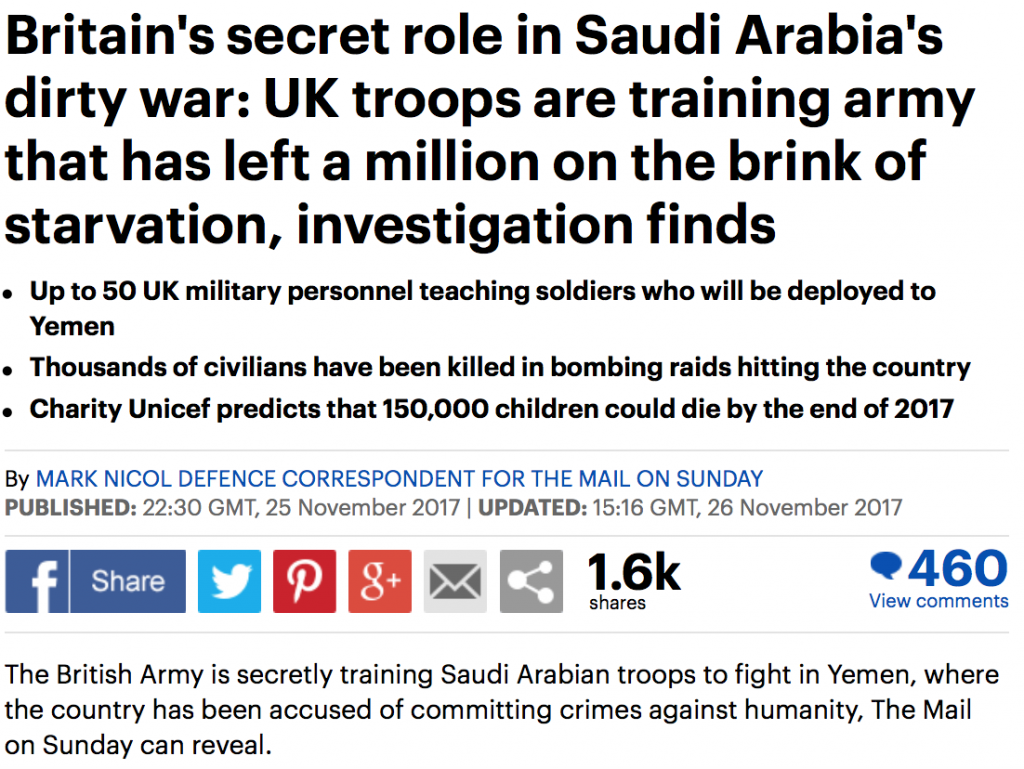 
“I have no doubt parliament will require an explanation of this training mission in view of the high level of concern about the humanitarian catastrophe unfolding in Yemen.”

Washington and Britain are longstanding imperial partners, waging war in multiple countries, including their diabolical involvement in Yemen.
Civilians are being massacred and starved to death. Every day, nearly 650 Yemenis children “are diagnosed as acutely malnourished,” according to the Daily Mail.
US and UK complicity in what’s going is the shame of both nations.
Their silence shows contempt for millions of suffering Yemenis – many perishing daily, young children most of all, a child dying every 10 minutes.

VISIT MY NEW WEB SITE: stephenlendman.org (Home – Stephen Lendman). Contact at lendmanstephen@sbcglobal..net.
My newest book as editor and contributor is titled “Flashpoint in Ukraine: How the US Drive for Hegemony Risks WW III.”
http://www.claritypress.com/LendmanIII.html
The original source of this article is Global Research
Copyright © Stephen Lendman, Global Research, 2017
Comment on Global Research Articles on our Facebook page
Become a Member of Global Research