Fluoride in water. Supposed to be good for us right? Well, have you ever dug a little deeper on something that was supposed to benefit you, only to discover that it in reality has many dangerous effects? I have. Many times. The most recent one I've discovered is the hazards of the fluoridated water supply that we are told is meant to benefit our dental health. The question is, why do we do it? When did it all begin

Sodium fluoride has very powerful effects on the human brain. In fact, sodium Fluoride is one of the basic ingredients in both PROZAC (FLUoxetene Hydrochloride) and Sarin Nerve Gas (Isopropyl-Methyl-Phosphoryl FLUORIDE). And yes, that's the same Sarin Nerve Gas that terrorists released on a crowded Japanese subway train. Furthermore, in addition to being the main ingredient in anesthetic, hypnotic, and psychiatric drugs and military NERVE GAS, it is also the primary ingredient in rat and cockroach poisons.
And you're drinking this stuff every day. 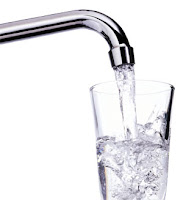 Please take a moment and read the following excerpt from a letter published in the Catholic Mirror, Springfield, MA, January 1952, by Dr. E. H. Bronner, the nephew of Albert Einstein.
"Fluoridation of our community water systems can well become their most subtle weapon for our sure physical and mental deterioration. As a research chemist of established standing, I built within the past 22 years 3 American chemical plants and licensed 6 of my 53 patents. Based on my years of practical experience in the health food and chemical field, let me warn: fluoridation of drinking water is criminal insanity, sure national suicide. DON'T DO IT!!"
"Even in very small quantities, sodium fluoride is a deadly poison to which no effective antidote has been found. Every exterminator knows that it is the most effective rat-killer. Sodium Fluoride is entirely different from organic calcium-fluoro-phosphate needed by our bodies and provided by nature, in God's great providence and love, to build and strengthen our bones and our teeth. This organic calcium-fluoro-phosphate, derived from proper foods, is an edible organic salt, insoluble in water and assimilable by the human body; whereas the non-organic sodium fluoride used in fluoridating water is instant poison to the body and fully water soluble. The body refuses to assimilate it."
"Careful, bonafide laboratory experimentation by conscientious, patriotic research chemists, and actual medical experience, have both revealed that instead of preserving or promoting 'dental health', fluoridated drinking water destroys teeth before adulthood and after, by the destructive mottling and other pathological conditions it actually causes in them, and also creates many other very grave pathological conditions in the internal organisms of bodies consuming it. How then can it be called a 'health plan'? What's behind it?"
So what IS behind it? Well, as usual in stories like these, to find your answer, you simply have to follow the money. The history behind how America started fluoridating water is highly detailed, and I don't want to bore you all to death. Just start researching, you'll be able to read the whole harrowing tale for yourself, but I'll try my best to give a brief synopsis of how it all started. In the early 1930's, certain scientists in Colorado and Arkansas were starting to find a correlation between high levels of fluoride in the drinking water and the issue of dental mottling (white and brown spots on the enamel) in those who were drinking this water regularly. One such scientist was a man named H. V. Churchill, a chemist with Aluminum Company of America, an aluminum manufacturing company that had bauxite mines in the town. He discovered that the fluoride levels in a nearby well were as high as 13.7 parts per million.

To clarify once again, there is a naturally occurring fluoride, which is an ion of the gas fluorine. This NATURAL form of fluoride is assimilable by our bodies, and highly beneficial to our health. However, it occurs naturally only in small levels (less than 1ppm), so this wildly high level of fluoride that Mr. Churchill discovered in that well could only be the non-organic form of fluoride, which is a toxic by-product of - you guessed it, aluminum manufacturing plants.

After a series of experiments, it was determined that a fluoride level of exactly 1ppm provided the beneficial dental effects to consumers, without causing bone damage or dental mottling and decay.

So you can imagine that when a biochemist named Gerald Cox, who worked at the Mellon Institute, the industrial research lab for American aluminium giant ALCOA (Aluminum Company of America), found out about this, he was elated. His problems were solved! You see, his company was threatened by fluoride damage claims and burdened by the odious expense of disposing of tons of toxic industrial waste, which at that time, was extremely difficult and expensive to safely do. So he ran a few short experiments himself, concluded that fluoride reduces cavities, and then made history. In 1939, Cox - not a doctor, not a dentist, but a biochemist sponsered by ALCOA, made the first public proposal that the U.S. should fluoridate its water supplies. He began touring the country, advocating mass fluoridation of public water. When Dr. H. Trendley Dean, a dental officer of the U.S. Public Health Service, got on board with the "benefits" of water fluoridation, it was just a short matter of time before he would oversee the first clinical trial of fluoridation in an American city, Grand Rapids Michigan.

From there, skip forward a few decades to the 50's and 60's, when Alcoa and the entire aluminum industry - with a vast overabundance of the toxic waste - SOMEHOW sold the FDA and our government on the insane (but highly profitable) idea of buying this poison at a 20,000% markup and then injecting it into our water supply as well as into the nation's toothpastes and dental rinse. Yes that's right dear readers, a 20,000% markup. Consider also that when sodium Fluoride is injected into our drinking water, its level is approximately 1 part-per-million (ppm), but since we only drink ½ of one percent of the total water supply, the hazardous chemical literally 'goes down the drain' and voila - the chemical industry has not only a free hazardous waste disposal system - but we have also PAID them handsomely in the process!! Isn't nice to know you can trust the federal organization that supposed to be in charge of our public health? Currently 65% of the U.S. has fluoridated water supplies.
---- 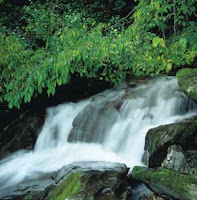 At this point in my research, I've read enough. And believe me when I tell you, I've barely scratched the surface. Some people have devoted their entire careers to researching the many effects of sodium fluoride. As for me, what I have discovered is enough to convince me to stop drinking the water! It is a harmful, corrosive poison. It wreaks havoc on our bodies and our minds, and therefore has been linked to many diseases, including Alzheimer's, various cancers, bone fractures, kidney failure, arthritis, mutagenicity, and more. So what are we supposed to do? We need to drink water, and lots of it, in order to stay healthy. What are our options?

Well, if you have the cash, you can invest in a reverse osmosis filtration system. Due to all the contamination in the water supply, I'd say that it is definitely well worth the cost. Unfortunately, I don't have that kind of money right now. [Do be aware that your average water filtration system like a Brita or Pur won't filter out the fluoride!] So my alternative is to drink natural spring water. Which is actually awesome for you! Natural, fresh, full of earth's best minerals. Sadly, the nearest free-flowing spring that's open to the public is about 3 hours from here, so I'm not sure it would be cost effective or good for our car to drive there regularly to pick up water. Therefore, I purchase large bottles of spring water from the store, which I know isn't the greatest for the environment and all that jazz, but it's the best I can do with my current situation.

I hope this information was informative to some of you! I know it's boring as heck to read through a bunch of research and history, but I really felt it was important to share this, so you can be inspired to make changes for your family that will benefit your overall health!

So what do you think? Is this new to you? Old news? Have you made the switch to spring water or fully filtered water already? Would you consider doing it now that you know more about the dangers of sodium fluoride?
Posted by Baldwin Templeton at 4:03 AM