Paris and Boston: That Other, Missing, Comparison by Russ Baker from WhoWhatWhy?


Paris and Boston: That Other, Missing, Comparison Video frame grab of attack on Paris magazine Charlie Hebdo.
Yesterday, in response to the horrific events in Paris, a columnist for the Boston Globe, Kevin Cullen, wrote a column drawing a parallel between that monstrous attack and the different but no less abominable violence unleashed in his own city on April 15, 2013.

By now, many of us have seen the chilling video in which a gunman executes a wounded French police officer lying on the sidewalk, his arms raised in helpless surrender.
The Tsarnaev brothers stand accused of doing essentially the same, sneaking up and shooting a helpless MIT police officer named Sean Collier as he sat in his idling cruiser on the Cambridge campus as the manhunt for the Tsarnaevs gathered pace. The killers wanted Collier’s gun but were too stupid to figure out how to unbuckle his holster.
He’s right about the parallel, but not necessarily about the lessons to be drawn. While there’s little doubt that the French suspects committed the multiple murders in Paris, the same cannot be said at this time about the Tsarnaevs and the killing of Sean Collier. There are real questions about both the identity of the MIT executioners and the purpose of their act. Among the questions: why would the Tsarnaevs have been on that empty campus and have known that a police car was parked between buildings off the street? We’ve examined those issues at great length here.

**
The Globe columnist is perhaps also wrong in his conclusions. Referring to the publication, Charlie Hebdo, whose ranks were decimated in the Paris attack, he writes:

Nous sommes tous Charlie [We are all Charlie]. That is a major, major problem for Dzhokhar Tsarnaev. And there is no change of venue for that.
The really striking similarity, beyond the theme of radical Islam, is this: in both cases, the security state knew the perpetrators well. In Boston, the FBI was in direct contact with and monitoring alleged senior perpetrator Tamerlan Tsarnaev.

Chérif Kouachi
In France, the authorities knew at least two of the alleged perpetrators.
From the New York Times:

The massacre, which singled out cartoonists and other staff members at a newspaper that frequently mocked Islam, Christianity and all forms of religious and secular authority, left France stunned. It also raised questions about how Chérif Kouachi, so well known to the police for so many years, and his brother had managed to conceal their intentions.
Tamerlan Tsarnaev apparently underwent a conversion to radicalism. Chérif Kouachi was consistently an open advocate of radical violence and jihad, and served jail time for recruiting young French Muslims to fight in Iraq.
***
In both cases, the understandable reaction is fury and a desire for retribution and closure. The result in both cases will almost certainly be a decision to grant further authority to the security state in both countries to do “whatever is necessary” to protect us.
But as we know, the security state, in both the United States and France, already has enormous power. It monitors the general population, in myriad ways, both electronic and otherwise.
As noted, it often already knows those very few who do commit these acts. And sometimes even recruits them as informants, with occasionally disastrous results.
Something to think about.

NOW LIVE ON WhoWhatWhy The Latest from the Boston Bombing Trial: Our News Feed by the WhoWhatWhy Team The first part of jury selection is finished in the trial of accused Boston Marathon Bombing suspect Dzhokhar Tsarnaev. Read on for Editor-in-Chief Russ Baker's commentary and analysis from his trip to Boston, as well…
In "Daily Roundup"

NOW LIVE ON WhoWhatWhy Paris and Boston: That Other, Missing, Comparison by Russ Baker The attack on a Paris magazine by apparent Islamists prompted some in the media to compare it with the Boston Marathon Bombing. Russ Baker looks at a crucial similarity between the cases that’s missing from other…
In "Daily Roundup" 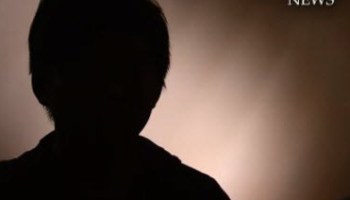 
A summary of WhoWhatWhy's coverage of the prior week A collection of stories we're reading from around the web.

Posted by Baldwin Templeton at 4:12 AM