Swiss Bankers, BIS and The House of Rockefeller by Dean Henderson from Veterans Today

Swiss Bankers, BIS and The House Of Rockefeller

Share on facebookShare on twitterShare on emailShare on pinterest_shareMore Sharing Services83

Three years ago Rudolf M. Elmer, former head of the Cayman Islands office of the prominent Swiss bank Julius Baer, announced that he had handed over to Wikileaks information on 2,000 prominent individuals and companies that he says engaged in tax evasion and other criminal activity.  Elmer described those exposed as “pillars of society”.
(Excerpted from Chapter 18: The International Bankers: Big Oil & Their Bankers…)
The utilization of Eurodollar offshore bank accounts by the super-rich costs cash-strapped governments around the world trillions of dollars in annual revenue.  In 1963 the Eurodollar market was worth around $148 million.  By 1982 it was worth $2 trillion, while the US M-1 money supply stood at $442 billion.
In 1950 US corporations footed 26% of the total US tax bill.  By 1990 they were covering only 9%, contributing to massive budget deficits and the current $14 trillion US debt.  In 2009 corporate leviathans such as Bank of America, General Electric and Exxon Mobil paid no US federal taxes.  Exxon’s net profit for that year was over $45 billion.  It utilized subsidiaries in the British Crown-controlled Bahamas, Bermuda and Cayman Islands to dodge the IRS.
These opaque offshore Eurodollar markets also launder Saudi petrodollars, CIA drug money and Mossad arms profits.  Illicit funds come out squeaky clean on the balance sheets of the global mega-banks.  Secretive Swiss banks play a key role.  The most powerful is the Bank for International Settlements (BIS).
BIS was established in Basel, Switzerland in 1930.  It is the most powerful bank in the world, a global central bank for the Eight Families who control the private central banks of nearly every nation. The first President of BIS was Rockefeller banker Gates McGarrah – an official at Chase Manhattan and the Federal Reserve.  McGarrah is the grandfather of former CIA director Richard Helms.  The Rockefellers and Morgans – had close ties to the City of London.  Author David Icke asserts in Children of the Matrix that the Rockefellers and Morgans were just American “gofers” for the European Rothschilds.
BIS is owned by the Federal Reserve, Bank of England, Bank of Italy, Bank of Canada, Swiss National Bank, Nederlandsche Bank, Bundesbank and Bank of France.  Historian Carroll Quigley says BIS was part of a plan, “to create a world system of financial control in private hands able to dominate the political system of each country and the economy of the world as a whole…to be controlled in a feudalistic fashion by the central banks of the world acting in concert by secret agreements.”

The US government had a historical distrust of BIS, lobbying unsuccessfully for its demise at the 1944 post-WWII Bretton Woods Conference.  Instead the Eight Families’ power was exacerbated, with the Bretton Woods creation of the IMF and the World Bank.  The US Federal Reserve only took shares in BIS in September 1994.  BIS holds at least 10% of monetary reserves for at least 80 of the world’s central banks, the IMF and other multilateral institutions.  It serves as financial agent for international agreements, collects information on the global economy and serves as lender of last resort to prevent global financial collapse.
BIS promotes an agenda of monopoly capitalist fascism.  It gave a bridge loan to Hungary in the 1990’s to ensure privatization of that country’s economy.  It served as conduit for Illuminati funding of Adolf Hitler- led by the Warburg’s J. Henry Schroeder and Mendelsohn Bank of Amsterdam.  Many researchers assert that BIS is at the nadir of global drug money laundering.


In 2009 corporate leviathans such as Bank of America, General Electric and Exxon Mobil paid no US federal taxes.  Exxon’s net profit for that year was over $45 billion.  It utilized subsidiaries in the British Crown-controlled Bahamas, Bermuda and Cayman Islands to dodge the IRS.

It is no coincidence that BIS is headquartered in Switzerland, favorite hiding place for the wealth of the global aristocracy and headquarters for both the P-2 Freemason Alpina Lodge and Nazi International.
Bretton Woods was a boon to the Eight Families.  The IMF and World Bank were central to this “new world order”.  In 1944 the first World Bank bonds were floated by Morgan Stanley and First Boston.  The French Lazard family became more involved in House of Morgan interests.  Lazard Freres- France’s biggest investment bank- is owned by the Lazard and David-Weill families- old Genoese banking scions represented by Michelle Davive.  A recent Chairman and CEO of Citigroup was Sanford Weill.
In 1968 Morgan Guaranty launched Euro-Clear, a Brussels-based bank clearing system for Eurodollar securities.  It was the first such automated endeavor.  Some took to calling Euro-Clear “The Beast”.  Brussels serves as headquarters for the new European Central Bank and for NATO.  In 1973 Morgan officials met secretly in Bermuda to illegally resurrect the old House of Morgan, twenty years before the Glass Steagal Act was repealed.  Morgan and the Rockefellers provided the financial backing for Merrill Lynch, boosting it into the Big 5 of US investment banking.  Merrill is now part of Bank of America. 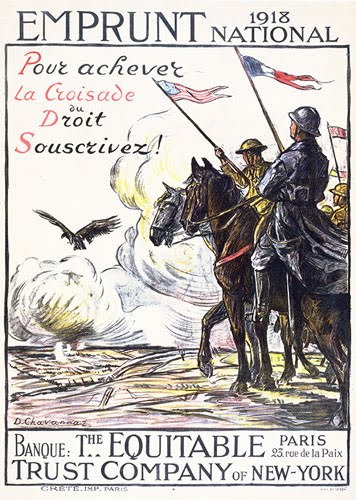 John D. Rockefeller employed his oil wealth in acquiring Equitable Trust, which had gobbled up several large banks and corporations by the 1920’s.  The Great Depression helped consolidate Rockefeller’s power.  His Chase Bank merged with Kuhn Loeb’s Manhattan Bank to form Chase Manhattan, cementing a long-time family relationship.
The Kuhn-Loebs and Rothschilds financed Rockefeller’s quest to become king of the oil patch.  National City Bank of Cleveland provided John D. with the money needed to embark upon his monopolization of the US oil industry.  The bank was identified in Congressional hearings as being one of three Rothschild-owned banks in the US during the 1870’s, when Rockefeller first incorporated as Standard Oil of Ohio.
One Rockefeller Standard Oil partner was Edward Harkness, whose family came to control Chemical Bank.  Another was James Stillman, whose family came to control Manufacturers Hanover Trust.  Both banks are now part of JP Morgan Chase.  Two of James Stillman’s daughters married two of William Rockefeller’s sons.  These two families control Citigroup.
In the insurance business, the Rockefellers control Metropolitan Life, Equitable Life, Prudential and New York Life.  Rockefeller banks control 25% of all assets of the 50 largest US commercial banks and 30% of all assets of the 50 largest insurance companies.  Insurance companies- the first in the US was launched by Freemasons through their Woodman’s of America- play a key role in the Bermuda drug money shuffle.
As their oil wealth amassed the family moved into downstream investments, buying companies which manufactured oil-based products.  For example, according to Nexus New Times magazine, the Rockefellers control 40% of the global pharmaceutical industry.
Other companies under Rockefeller control include Exxon Mobil, Chevron Texaco, BP Amoco, Marathon Oil, Freeport McMoRan, Quaker Oats, ASARCO, United, Delta, Northwest, ITT, International Harvester, Xerox, Boeing, Westinghouse, Hewlett-Packard, Honeywell, International Paper, Pfizer, Motorola, Monsanto, Union Carbide and General Foods.
The Rockefeller Foundation has close financial ties to both the Ford and Carnegie Foundations.  Other family philanthropic endeavors include Rockefeller Brothers Fund, Rockefeller Institute for Medical Research, General Education Board, Rockefeller University and the University of Chicago- which churns out a steady stream of far-right economists such as Milton Friedman, who serve as apologists for international capital.


BIS holds at least 10% of monetary reserves for at least 80 of the world’s central banks, the IMF and other multilateral institutions.  It serves as financial agent for international agreements, collects information on the global economy and serves as lender of last resort to prevent global financial collapse.

The family owns 30 Rockefeller Plaza, where the national Christmas tree is lighted every year, and Rockefeller Center.  David Rockefeller was instrumental in the construction of the World Trade Center towers.  The main Rockefeller family home is a hulking complex in upstate New York known as Pocantico Hills.  They also own a 32-room 5th Avenue duplex in Manhattan, a mansion in Washington, DC, Monte Sacro Ranch in Venezuela, coffee plantations in Ecuador, several farms in Brazil, an estate at Seal Harbor, Maine and resorts in the Caribbean, Hawaii and Puerto Rico.
The Dulles and Rockefeller families are cousins.  Allen Dulles created the CIA, assisted the Nazis, covered up the Kennedy hit from his Warren Commission perch and struck a deal with the Muslim Brotherhood to create mind-controlled assassins.  Brother John Foster Dulles presided over the phony Goldman Sachs trusts before the 1929 stock market crash and helped his brother overthrow leftist governments in Iran and Guatemala.  Both were Skull & Bones, CFR members and 33rd Degree Masons.
The Rockefellers were instrumental in forming the depopulation-oriented Club of Rome at their family estate in Bellagio, Italy.  Their Pocantico Hills estate gave birth to the Trilateral Commission.  The family is a major funder of the eugenics movement which spawned Hitler, human cloning and the current DNA obsession in US scientific circles.  John Rockefeller Jr. headed the Population Council until his death.
His namesake son is a Senator from West Virginia.  Brother Winthrop Rockefeller was Lieutenant Governor of Arkansas and is the most powerful man in that state.  In an October 1975 interview with Playboy magazine, Vice-President Nelson Rockefeller – who was also Governor of New York – articulated his family’s patronizing worldview,
“I am a great believer in planning – economic, social, political, military - total world planning.”
But of all the Rockefeller brothers, it is Trilateral Commission (TC) founder and Chase Manhattan Chairman David who has spearheaded the family’s fascist agenda on a global scale.  He defended the Shah of Iran, the South African apartheid regime and the Chilean Pinochet junta.  He was the biggest financier of the CFR, the TC and (during the Vietnam War) the Committee for an Effective and Durable Peace in Asia- a contract bonanza for war profiteers.
Nixon asked him to be Secretary of Treasury, but Rockefeller declined the job, knowing his power was much greater at the helm of the Chase.  According to writer Gary Allen, in 1973, “David Rockefeller met with twenty-seven heads of state, including the rulers of Russia and Red China.”  Following the 1975 Nugan Hand/CIA coup against nationalist Australian Prime Minister Gough Whitlam, British Crown-appointed successor Malcolm Fraser sped to the US, where he met with President Gerald Ford only after conferring with David Rockefeller.
The documents which Mr. Elmer turned over to WikiLeaks will shed some light on certain “pillars of society”.  But don’t be surprised if the really big fish swim away with the bait.

The views expressed herein are the views of the author exclusively and not necessarily the views of VT or any other VT authors, affiliates, advertisers, sponsors or partners. Legal Notice

Posted by Dean Henderson on Jan 23 2014, With 3119 Reads, Filed under Of Interest, WarZone. You can follow any responses to this entry through the RSS 2.0. You can skip to the end and leave a response. Pinging is currently not allowed.

19 Comments for “Swiss Bankers, BIS and The House Of Rockefeller”

Posted by Baldwin Templeton at 4:34 PM