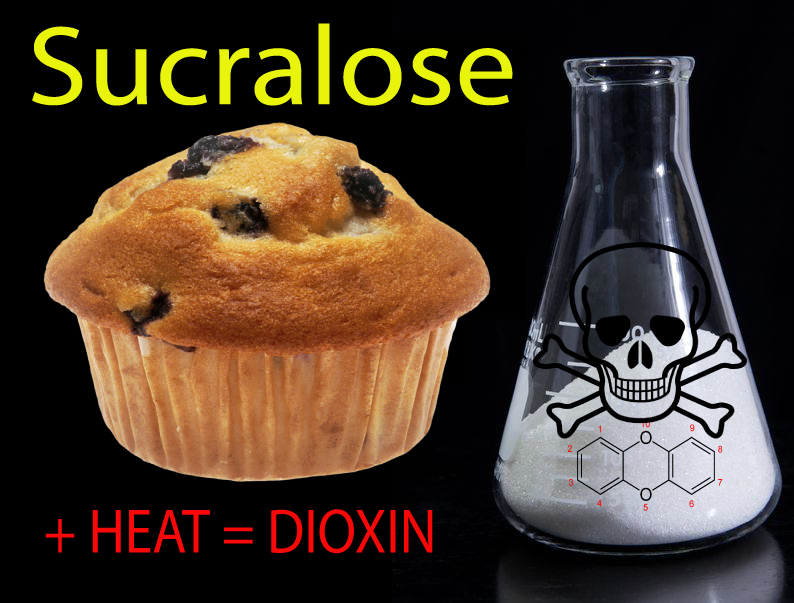 A new, in-depth review on the synthetic sweetener sucralose (marketed as Splenda), published in the journal of Toxicology and Environmental Health, is destined to overturn widely held misconceptions about the purported safety of this ubiquitous artificial sweetener.
Found in tens of thousands of products and used by millions of consumers around the world, sucralose's unique ability to dissolve in alcohol and methanol as well as water, makes it the most versatile and therefore most widely used artificial sweetener in production today. And yet, its popularity is no indication nor guarantee of its safety, as is evidenced by the widespread use of other artificial sweeteners like aspartame, which while being safety approved in 90 nations around the world, has been linked to a wide range of serious health conditions including brain damage.
But the tide may be turning...
Already this year, the Center for the Public Interest in Science downgraded Splenda from "safe" to "caution," citing their need to evaluate a forthcoming Italian study linking the artificial sweetener to leukemia in mice as a basis for their decision.
Another recent human study linked Splenda to diabetes-associated changes, calling into question its value as a non-calorie sweetener for those suffering with, or wishing to prevent, blood sugar disorders.

The new study, however, may be the most concerning yet to surface in the peer-reviewed literature. Titled, "Sucralose, a synthetic organochlorine sweetener: overview of biological issues," it reveals an extensive array of hitherto underreported safety concerns, not the least of which is the formation of highly toxic chlorinated compounds, including dioxins, when Splenda is used in baking, an application which its manufacturer, McNeil Nutritionals (a subsidiary of Johnson & Johnson), actively encourages it to be used for. [see: Cooking and Baking: SPLENDA®]

The study argues that, despite its widespread approval and use, further scientific safety research is warranted due the following significant findings:
Finally, and perhaps most importantly:

As the reader can plainly see, the picture is a complex one, and there are more unresolved questions than answers. But perhaps the most concerning issue addressed in the report is the 'Safety of Sucralose That Has Been Heated.' According to the paper, historically, sucralose was reported to be heat stable at temperatures used in cooking. But they cite a number of reports from independent laboratories showing that sucralose undergoes thermal degradation when heated. One study showed that the stability of sucralose decreased as the temperature and pH increased, with the breakdown process commencing at 119 degrees Celsius and temperatures of 180 degrees Celsius causing its complete degradation at all pH levels with the release of chloride ions.  Additionally, they refer to research showing that sucralose can break down into the following concerning compounds when heated:

Sayer Ji is the founder of GreenMedInfo.com, an author, researcher, lecturer, and an advisory board member of the National Health Federation. Google Plus Profile. His writings have been published and referenced widely in print and online, including, Truthout, Mercola.com, New York Times online, The Journal of Gluten Sensitivity, New York Times  and The Well Being Journal.

He founded Greenmedinfo.com in 2008 in order to provide the world an open access, evidence-based resource supporting natural and integrative modalities. It is widely recognized as the most widely referenced health resource of its kind.
Disclaimer: This article is not intended to provide medical advice, diagnosis or treatment. Views expressed here do not necessarily reflect those of GreenMedInfo or its staff.
Commenting is limited to users that have the Member or Professional role.

Some features are currently member only features. If you are already a member, please login. Otherwise, click here to become a member.

Posted by Baldwin Templeton at 5:18 PM